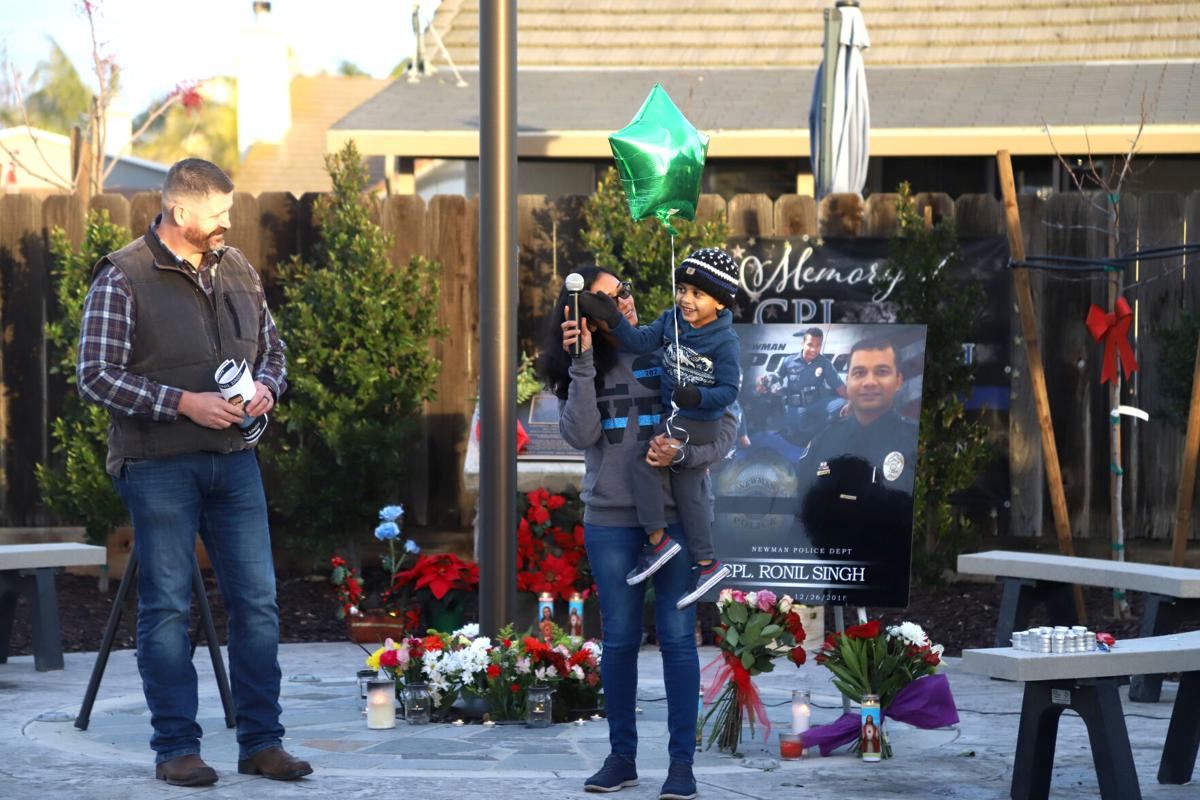 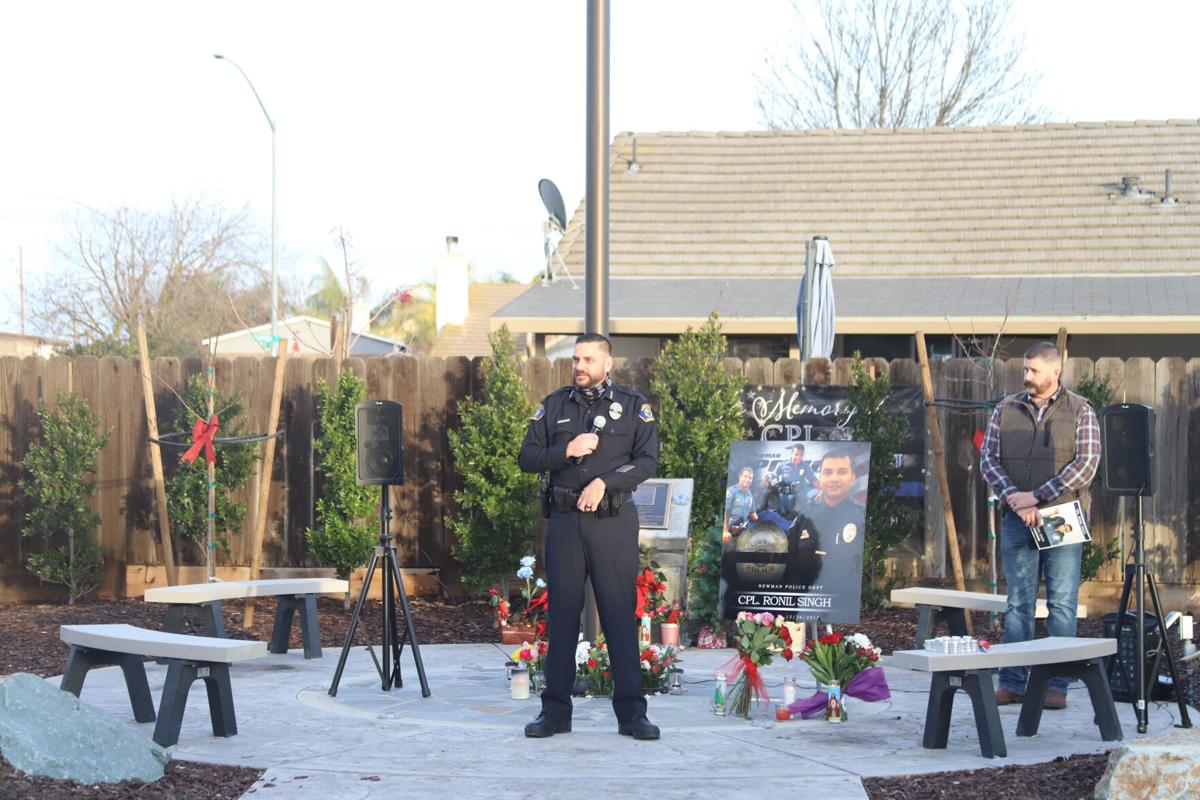 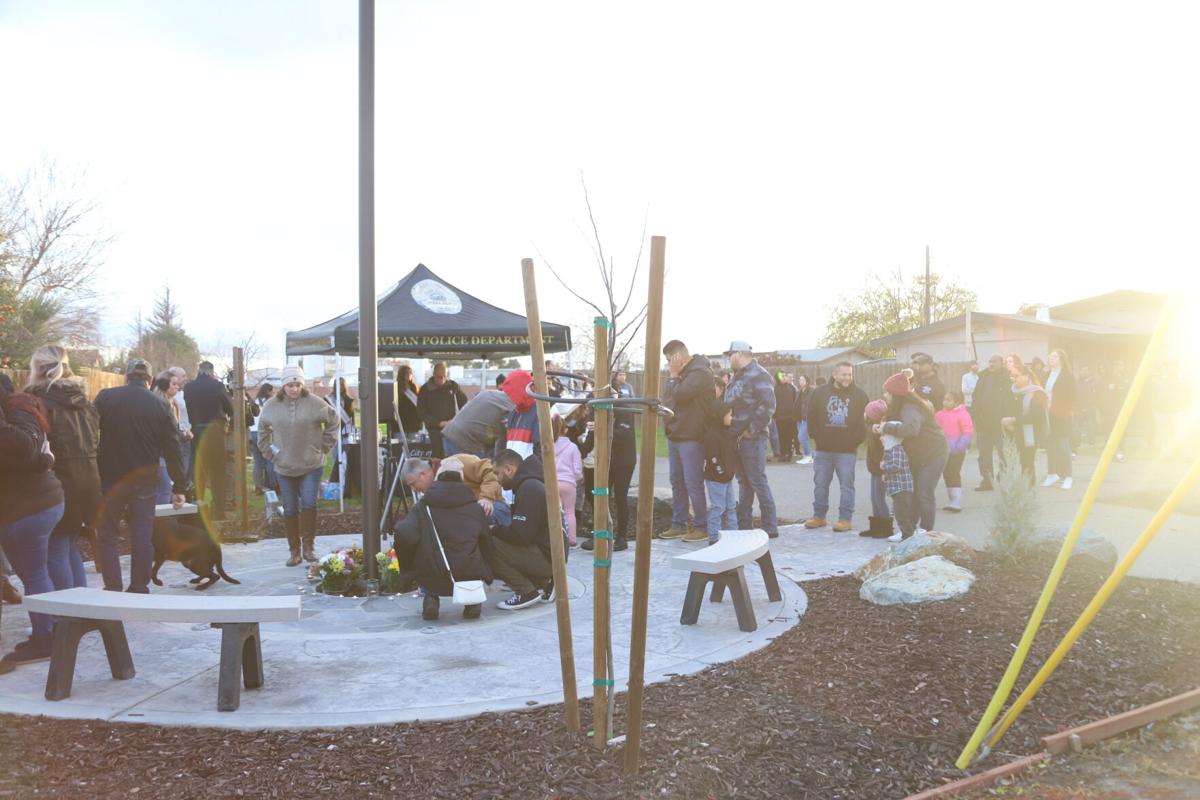 Many community residents who attended the event lit candles for the memory of Cpl. Ronil Singh.

Many community residents who attended the event lit candles for the memory of Cpl. Ronil Singh.

“Every year I think it’s going to get easier and I’m wrong,” said Newman Police Chief Randy Richardson. “Not a day goes by that I don’t drive by this memorial and it hurts everytime. It’s hard not to get caught up in the negative of what happened that night, but I don’t think Ron would want that. I think Ron would want joy and happiness ... if we don’t remember the joy and the happiness that Ron brought to us while he was here, then we’re doing a disservice to the family and what he laid down his life for - his profession to make everyone safe.”

The vigil was held at a memorial near Merced Street and Eucalyptus Avenue, where Singh was shot and killed during an early-morning traffic stop of a suspected drunken driver on Dec. 26, 2018.

Singh is survived by his wife Anamika and their young son, who was just 5-months-old at the time of Singh’s death.

Several of those that spoke at the memorial ceremony spoke about the impact Singh’s life and death have had on their lives.

The ceremony concluded with a bouquet of blue star balloons being let go to drift off skyward.