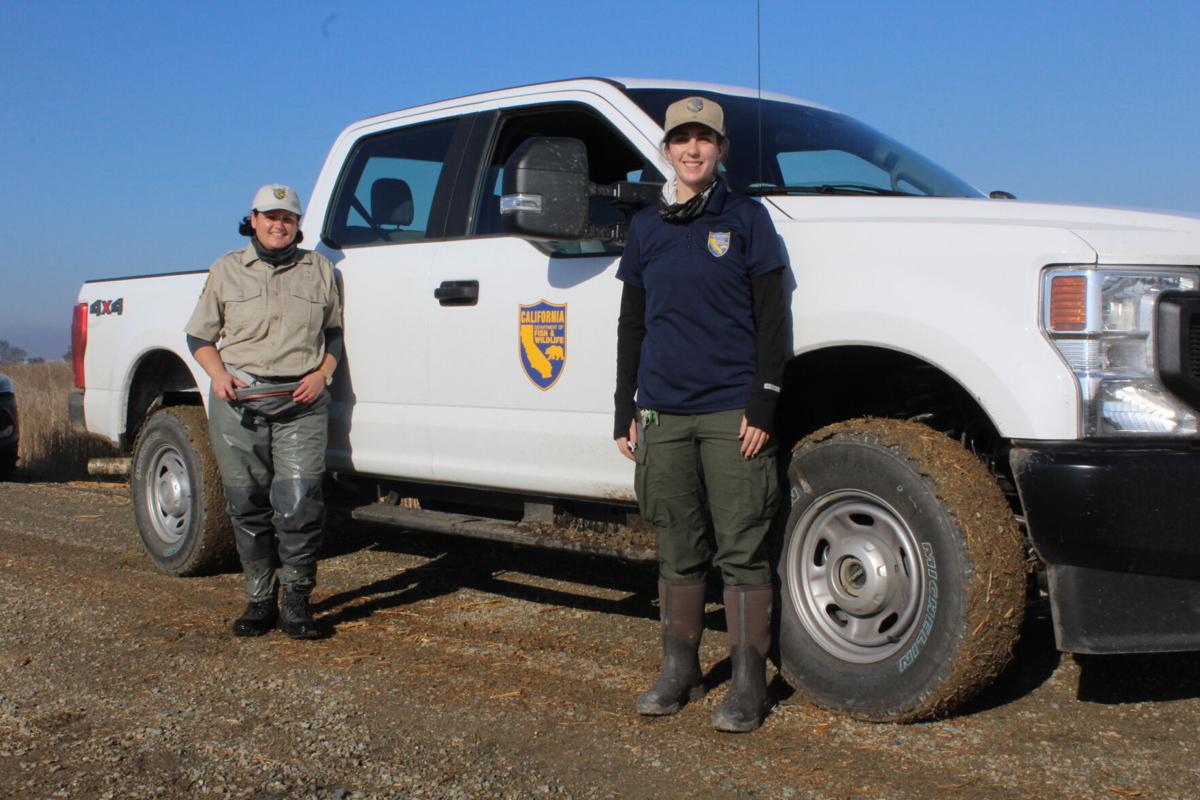 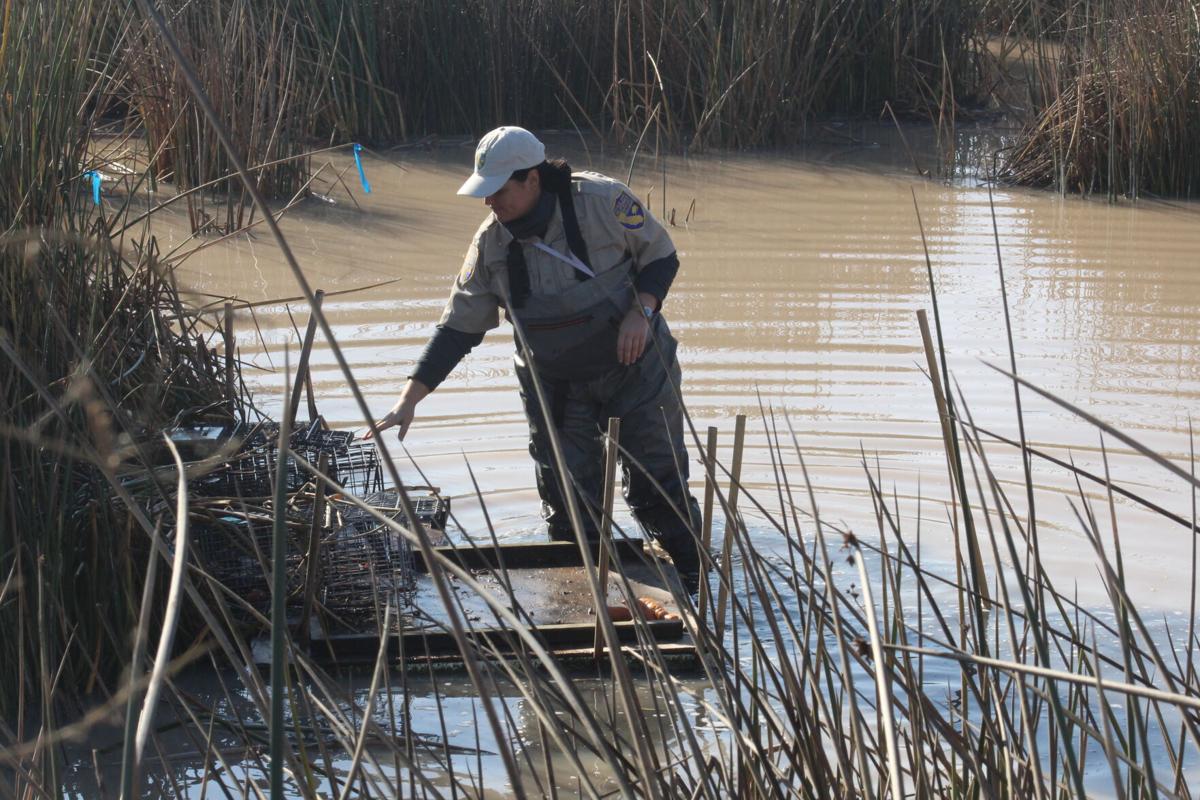 Hayley Machado, a scientific aide with the California Department of Fish & Wildlife, checks traps in a marsh-like area of the Gustine wastewater treatment plant property for nutria.

Hayley Machado, a scientific aide with the California Department of Fish & Wildlife, checks traps in a marsh-like area of the Gustine wastewater treatment plant property for nutria.

GUSTINE - An ongoing California Fish & Wildlife campaign to eradicate nutria, an invasive, semi-aquatic rodent which can wreak havoc with levees and destroy wildlife habitat, has removed dozens of the animals from Gustine wastewater treatment plant property in recent weeks.

Patricia-Ann Sabol, an environmental specialist with the agency’s nutria eradication program, and Hayley Machado, a scientific aide with Fish & Wildlife, said that as of mid-December 54 nutria had been removed from marsh-like ponds on the city property.

Machado said the wastewater treatment plant property is part of the nutria management unit she was assigned in July, which includes surrounding duck clubs.

Her initial focus was on the clubs, but as they began gearing up for waterfowl hunting season she moved out of those areas and turned her attention elsewhere - in this case the city property at the eastern end of Carnation Road, adjacent to the Gustine Municipal Airport.

Machado, who has taken the lead on the Gustine project, said she started placing game cameras on the site in October to determine if nutria were present.

By the second week of surveillance, she said, cameras had detected the nutria - and she was seeing plenty of nutria scat as well.

“If we get one nutria that is coming every couple of weeks or so we wouldn’t necessarily put traps out, but if we see them night after night we know we can put our traps out,” Machado explained. “You want to put out more traps than you think there are nutria. There are typically more than you think there will be.”

That was the case in Gustine.

“I estimated that there were maybe 10 or 15, maybe two different family groups of nutria,” Machado explained. “So far, there have been 54 removed. It has definitely been more than I expected.”

Seventeen nutria were captured in the first week of trapping, followed by 25 the second week.

By December, she reported, the traps - which are checked daily - were capturing one or two nutria a week.

“It has definitely been successful,” Machado said of the effort.

Nutria are largely nocturnal rodents with a voracious appetite for wetlands vegetation such as tules and cattails. Once considered eradicated from California, they have re-emerged in recent years, prompting the state’s eradication campaign.

Nutria can grow to 20 pounds or larger, and are distinguished from beaver and muskrat by their white whiskers, orange teeth, round, rat-like tail and light-colored fur beneath dark black ears.

Their burrowing can damage levees and canals. Because nutria burrow below the water line, they can compromise a levee before damage is visible.

Nutria also damage the habitat of native aquatic species, and can carry disease.

They also tend to live in large families - and reproduce prolifically.

“If we know there is a female, we want to remove her as quickly as possible,” Machado explained.

Nutria were first rediscovered in the state in 2017, and the state’s eradication campaign started in 2018.

Sabol said that management units stretch from just south of Sacramento to past Fresno.

As of Dec. 16, she reported, 2,083 nutria have been collected throughout the state. Of those, 1,320 were collected in Merced County and 629 in Stanislaus County, accounting for the vast majority of the overall total.

The nutria, the Fish & Wildlife staff members reported, use rivers and canals to move around but will generally live in the calmer backwaters and sloughs.

A key to the success of the eradication program, Sabol and Machado emphasized, has been the cooperation of property owners in allowing access to habitat likely to harbor nutria.

“A lot of the private property owners have been very helpful and cooperative,” Sabol commented.

“A lot of people in the area are already pretty well informed about nutria,” Machado added. “A lot of the property owners I work with want to know if we got some off their property, and if so how many.”

Property owners wishing to report nutria sightings or interested in learning more about allowing the Department of Fish & Wildlife access to evaluate their land for the presence of nutria and take eradication steps if necessary may call 866-440-9530.