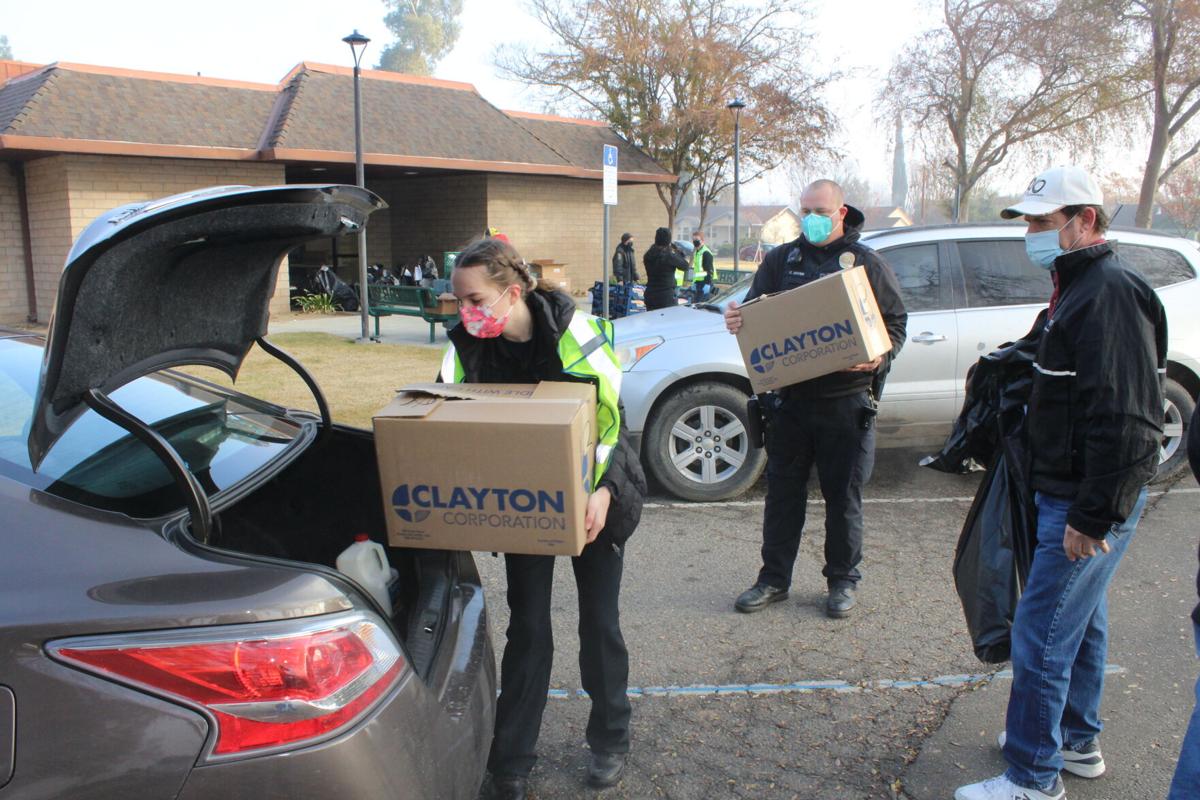 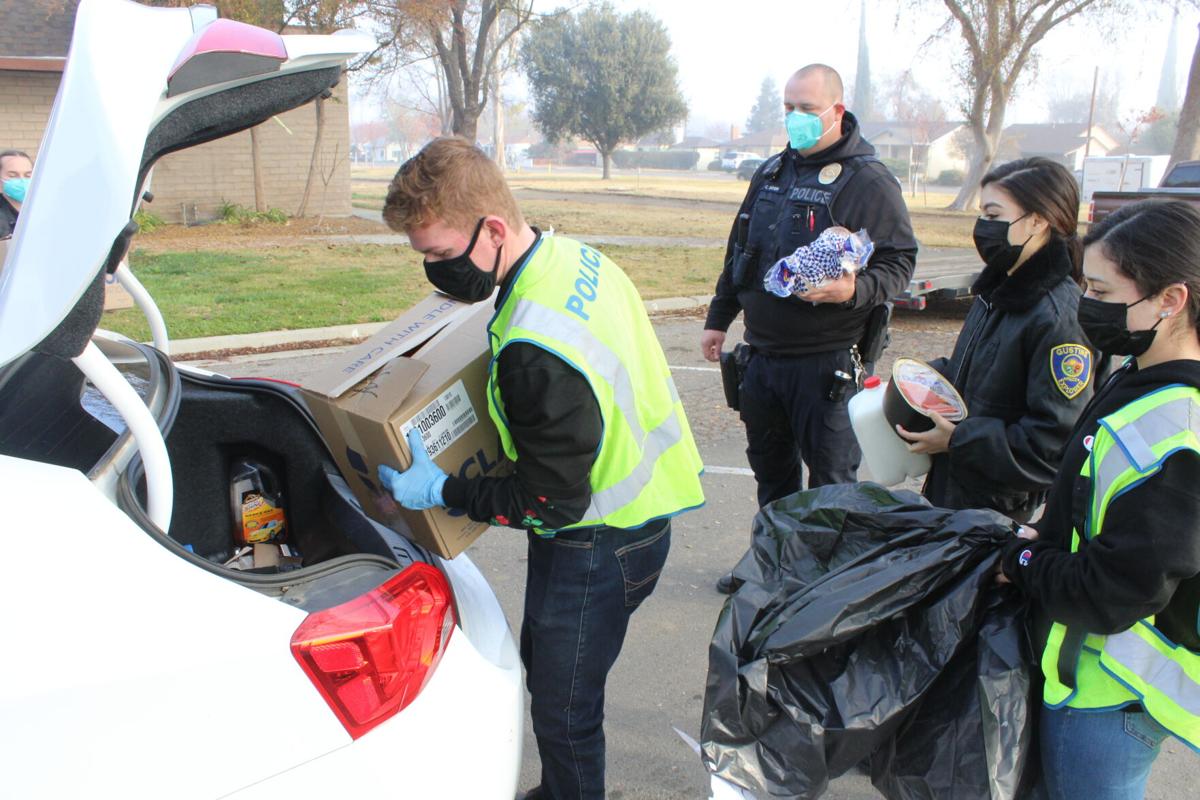 Gustine Police Explorers were among the volunteers on hand Saturday morning to assist the Gustine Lions Club with distribution of food and gifts to area families in need.

Gustine Police Explorers were among the volunteers on hand Saturday morning to assist the Gustine Lions Club with distribution of food and gifts to area families in need.

GUSTINE - Dozens of Gustine and Santa Nella families facing hard times this holiday season received food and toys Saturday, made possible by an overwhelming show of support from the generous community.

The annual tradition of generous giving at the holidays dates back decades in Gustine, and this holiday season proved no different, said Tiffany Vitorino, one of the event organizers.

“Each family is going to get two food boxes, which seem to be fuller this year than last year. They will get two boxes of food, bread, milk and a ham,” Vitorino commented.

Each child, she added, will get about two toys.

The Lions Club conducted its annual canvass of Gustine neighborhoods Friday evening to pick up food and toys left on doorsteps for collection.

Food and toys were also dropped off at the Christmas in the Parks event earlier last week, and at a number of donation barrels located at various Gustine businesses.

“The Christmas in the Park donations seemed a little heavier this year, and the barrels were full,” Vitorino reported. “I had to empty some of those at mid-week. We have never had to do that before.”

Food and gifts were sorted as they were collected, she noted, and volunteer parents from the Westside 4-H Club picked up bags of toys, wrapped them at home and then returned them for distribution. Members of the Miss Gustine Court also took gifts to wrap.

On Friday night - when the Al Goman Center is normally packed with volunteers sorting and boxing food and wrapping gifts - the scene was more subdued as pandemic guidelines limited the number of people who could be in the building. As the Lions Club members worked on sorting and boxing food donations, Vitorino said, volunteers from the Gustine Chamber of Commerce wrapped gifts.

In addition to the food and toys collected during the drives, Vitorino said, the Lions Club purchased the hams, bread and milk for the food deliveries.

Due to concerns that food donations may be lighter this year, she added, the club bought cases of canned fruit and vegetables to make sure that the boxes were fully loaded.

A number of community groups and organizations pitched in with generous contributions to help make the annual holiday drive a success, Vitorino said.

Among them were the Knights of Columbus at the Shrine of Our Lady of Miracles, which conducted a drive that provided new coats for many of the children in recipient families, and Anthony Peters Trucking, which donated a variety of staple items such as cereal and flour for distribution.

The Gustine toy drive also received $2,400 in toys from a San Jose area “Turkey Bowl” group which normally holds an annual football game in memory of the late Frank Dominguez Jr., whose parents Frank and Becky Dominguez live in Gustine. Donation of a children’s toy is the price of participation or admission.

This year, due to the pandemic, a virtual 5K run was held instead of the charity football game - but the response was once again overwhelming.

Collectively, Vitorino concluded, a caring community once again brightened the holidays for those in need.