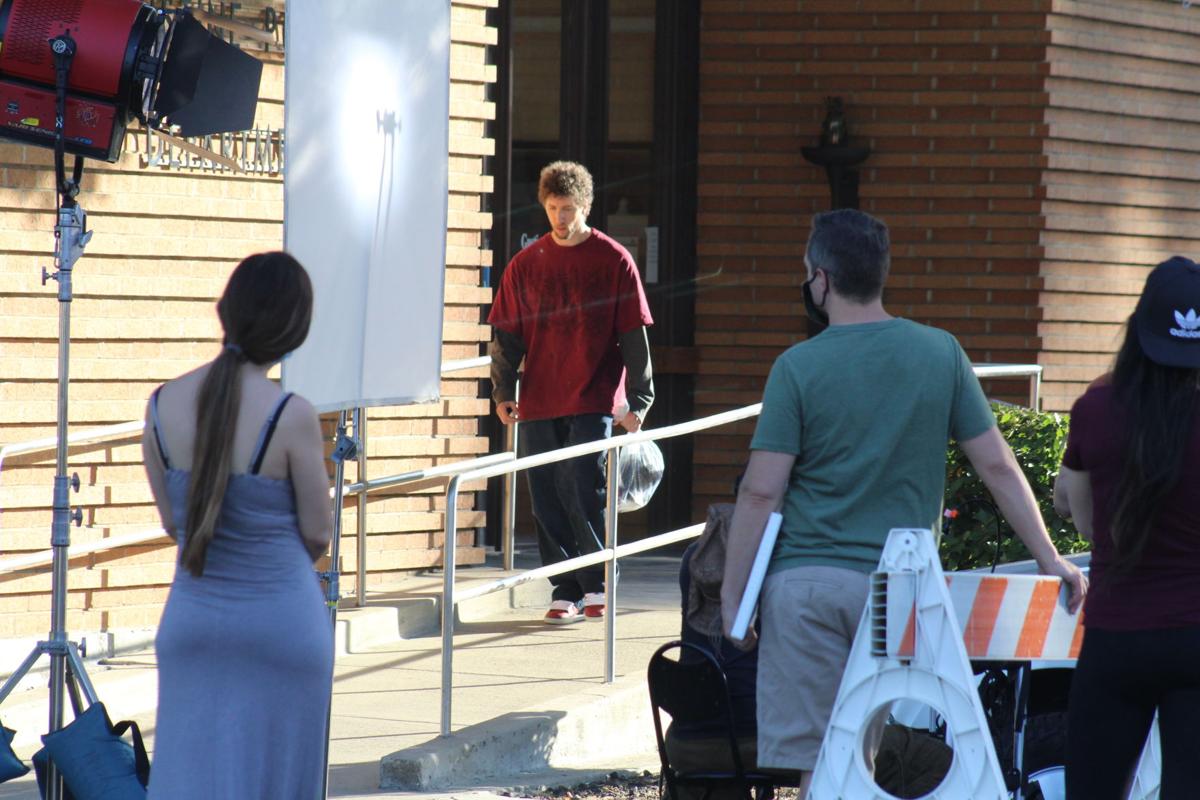 The movie “Unc,” a project of Gustine High graduate Travis Andre Ross, has been filming in the Gustine-Newman area. Above, Ross films a scene in front of the Gustine Police Department as crew members look on. 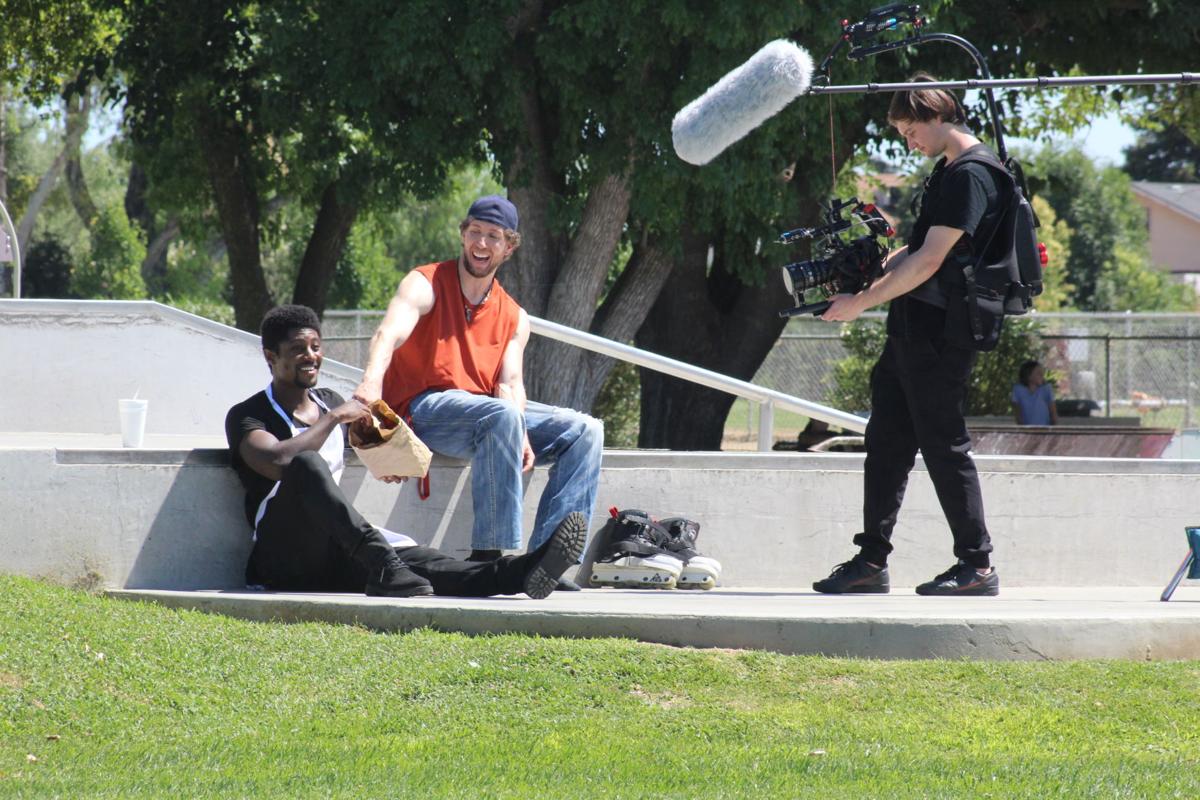 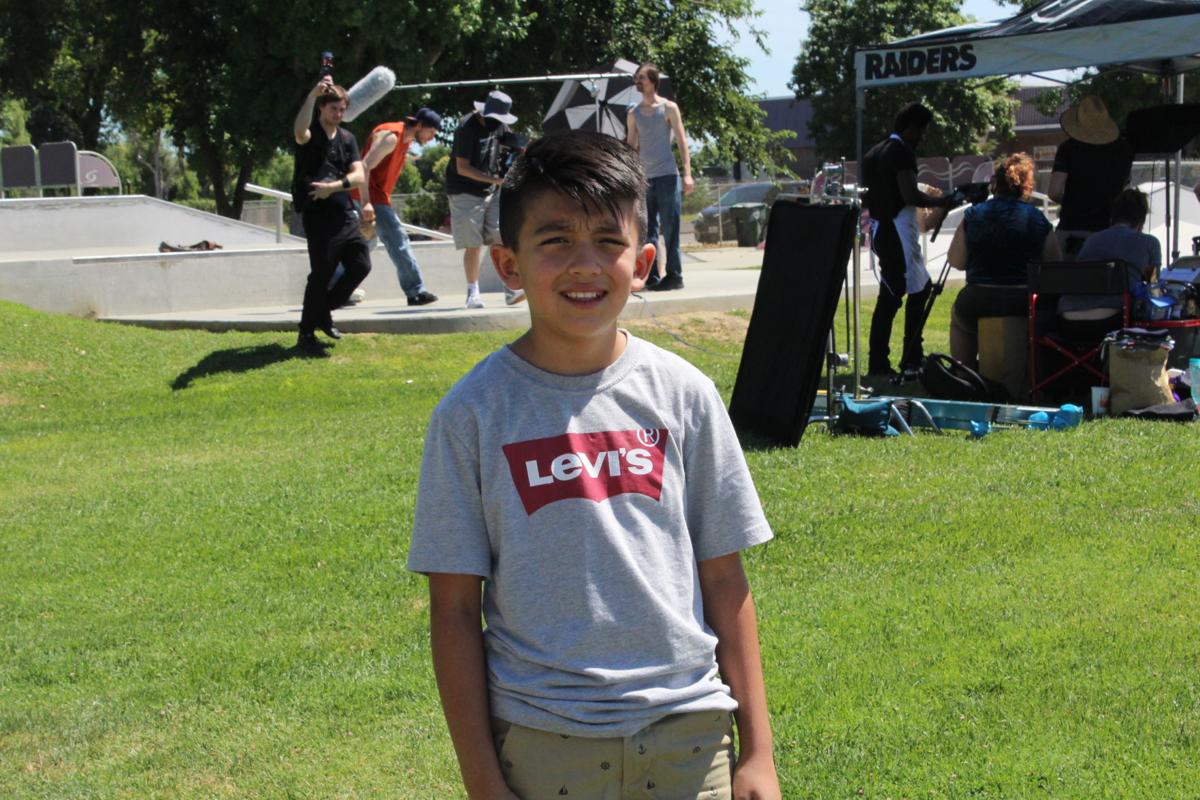 Xavi Avina of Newman makes his acting debut with a key role in the movie “Unc,” which is filming in the Gustine-Newman area.

The movie “Unc,” a project of Gustine High graduate Travis Andre Ross, has been filming in the Gustine-Newman area. Above, Ross films a scene in front of the Gustine Police Department as crew members look on.

Xavi Avina of Newman makes his acting debut with a key role in the movie “Unc,” which is filming in the Gustine-Newman area.

A Gustine High graduate who went on to a career in acting after turning his life around as a teen returned to his West Side roots recently to pursue his latest film project.

Travis Andre Ross, who graduated from Gustine High in 1999, plays the lead role and is producing the feature film “Unc,” which has been filming at a number of Gustine and Newman locations for nearly two weeks.

Ross, who has appeared in a number of movies, television shows and commercials since moving to Los Angeles in 2013 to pursue his acting career, co-wrote “Unc” with Gabriel Oliva, who is directing the film.

The movie, Ross said, depicts what his life may have been had he not decided to change his ways while in high school.

“There are some tones of the film that are based on my upbringing. I originally lived in Santa Nella in the trailer park there, and then I moved to Gustine. I went to school in Gustine; I got into trouble in Gustine,” he explained. “Thankfully, I was able to straighten myself out.”

The lead character he portrays in the film represents “what I would have potentially turned out to be had I not made those changes in my life. It is definitely (the story of) a troubled man who does go through some growth in this movie. I can’t say it is the happiest of endings, but he is definitely in a lot better place than when the movie starts.”

The cast includes his real-life nephew, 11-year-old Xavi Avina of Newman, plays the film role of a young man who is pivotal to the changes that the lead character takes on.

“He is such a great kid, and he has never acted in his life,” Ross said.

Among the other cast members are veteran actor Joseph David-Jones, whose lengthy resume includes television shows “Arrow” and “Nashville,” and accomplished actress Gabrielle Walsh, whose credits include television show “The Vampire Diaries” and the movie “Paranormal Activity: The Marked Ones.”

Each said the movie has a powerful story to tell.

“It is a story of growing up,” commented David-Jones. “You see this person grow and become the man he was always supposed to be.”

The entertainment industry played a pivotal role in his own life, Ross reflected.

When he decided to straighten out his own life, Ross turned to television and film, looking up to actors as role models and father figures.

“I told myself that I wanted to be that at some point for someone in my life,” he commented. “That is when my journey began.”

Ross, who is producing “Unc” in association with Dragonfly Films, said the energy on the set has been remarkable.

“Everyone who is working on this film is either a really close friend of mine who I have grown up with or a friend of a friend. It really makes a huge difference,” he told Mattos Newspapers. “The energy, the vibe every day....it feels good. It feels like you are creating something special.”

Ross expressed his appreciation to city officials in Gustine and Newman for their support of the project. Each community, he said, has been extremely accommodating to the film crew.

He anticipates that the film will be available through Amazon and quite possibly Netflix.

Through his journey, Ross reflected, he has found a passion for the industry.

“I love acting and I love inspiring people,” he commented. “Being able to tell a story is just a whole additional component that I hadn’t even though about before.”