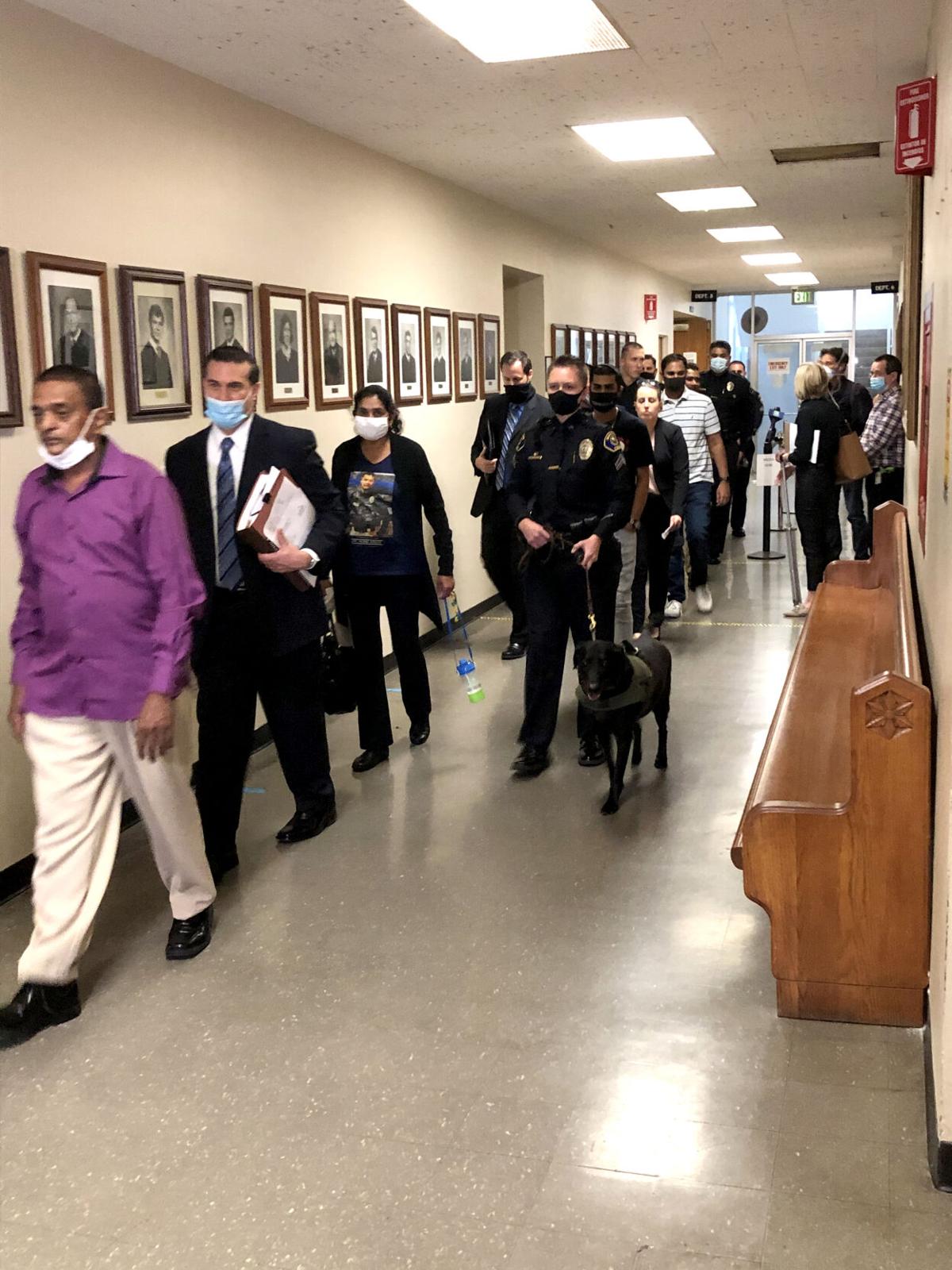 Family members, prosecutors and police officers were among those leaving the courtroom after the sentencing of Paulo Virgen Mendoza for the murder of Newman Police Cpl. Ronil Singh. 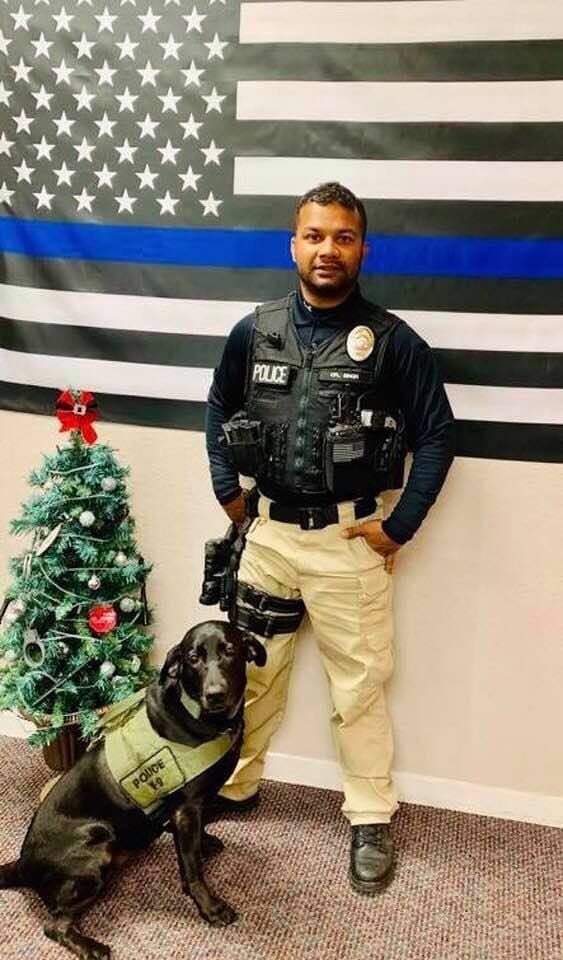 Family members, prosecutors and police officers were among those leaving the courtroom after the sentencing of Paulo Virgen Mendoza for the murder of Newman Police Cpl. Ronil Singh.

Paulo Virgen Mendoza pleaded guilty Thursday, Nov. 5 in Stanislaus County Superior Court to the Dec. 26, 2018 murder of Newman Police Cpl. Ronil Singh and was sentenced to life in state prison without the possibility of parole.

Singh was shot and killed during an early-morning traffic stop.

Mendoza was arrested after an extensive 55-hour manhunt as he attempted to flee to Mexico.

As the family lined the front row of the court gallery, police officers and others in attendance, were socially distanced throughout the courtroom. Newman Police Cpl. Ashley Williams, one of several local officers present, was with Singh’s K-9 partner Sam in the courtroom. The dog was retired after Singh’s murder and given to his family.

Singh’s widow, Anamika Chand-Singh, said her husband’s murder shattered the lives and dreams of their family, leaving her a 31-year-old widow and the couple’s young son - 5 months old at the time - without the father who had dreamed of seeing him grow up and become a police officer as well.

The family enjoyed Christmas dinner and took photos before he left for work that night, she said.

She wanted her husband to stay home and spend Christmas night with his family, Chand-Singh shared, but he said “he had to go because his community needed him.”

Before retiring for the evening she sent a text to her husband telling him she loved him and urging him to stay safe.

At around 2 a.m. the following morning, Chand-Singh said, she was awakened by her husband’s voice calling out her name. At the same time she heard the doorbell ring and a knock at the door.

She initially thought that her husband was home from work early, Chand-Singh related, but her heart sank as she heard the voice of another officer after a family member had answered the door.

Chand-Singh was driven to the hospital in Turlock, where she learned that her husband had died.

Singh, she said, was murdered for upholding the oath that he took to protect and to serve.

The lives of the family members he left behind will never be the same, Chand-Singh said through tears.

An empty seat at the family table and the vacant spot where her husband parked the patrol vehicle of which he was so proud are among the constant reminders of the loss, she told the court.

Singh looked forward to being able to visit their son’s school with his patrol car, teaching him to ride a bicycle and so much more, Chand-Singh said.

“(Mendoza) changed our life forever. Nothing is the same,” she stated. All she has left of her son, his mother said “are my pictures and memories.”

He recalled his fellow officer as a man with a good heart who came to the United States to dedicate his life to protecting others and seeing justice done.

Singh’s murder, he shared, devastated not only the officer’s family but also the close-knit police department.

“You are a coward,” Lopez told Mendoza from the stand. “You are a killer. You are exactly what Ronil would wake up every morning to protect his community from. We are happy to know that you will spend the rest of your life exactly where you belong.”

Christmas will never again be the same, Lopez stated, and the shrieks of Anamika Singh upon learning of her husband’s death will never be forgotten by his fellow officers.

The impact upon the department was profound, he shared.

“We never expected one of our own to be the victim,” Lopez remarked.

Before pronouncing the sentence, Judge Ricardo Cordova told Mendoza that he would live the rest of his life with the consequences of his actions.

“I hope that every morning when you wake up you think about why you are (in prison),” he told Mendoza. “That is a pain you will have and your family will have, but the pain is a lot greater for the Singh family.”

In addition to the life sentence for murder, Cordova handed down a consecutive sentence of 25 years to life for an enhancement of intentionally discharging a firearm causing death. In addition to pleading guilty to murder, Mendoza admitted to three special circumstances and two enhancements, according to a news release from the district attorney’s office.

As part of the plea agreement, the district attorney’s office agreed to drop its pursuit of the death penalty in the case.

Mendoza waived his right to appeal as part of the plea agreement.

The judge said Mendoza was deserving of the sentence of life in prison without parole.

Not only did the murder destroy the Singh family, Cordova said, but “the Newman Police Department and officers who have known him will never be the same. Neither will the city of Newman and our community.”

Cordova reiterated the gravity of the sentence.

“You will never see the light of day outside the prison walls based on this conviction,” he told Mendoza.