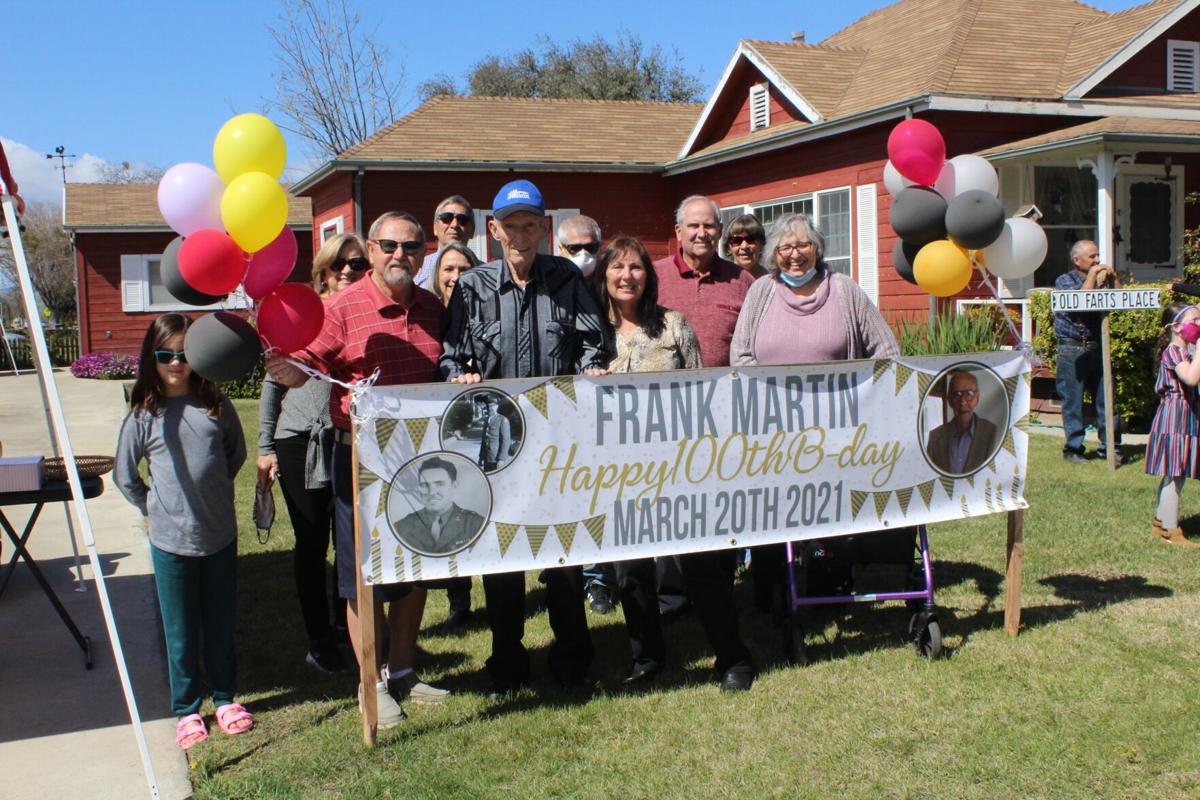 Frank Martin celebrated his 100th birthday Saturday with a host of family members on hand for the occasion. 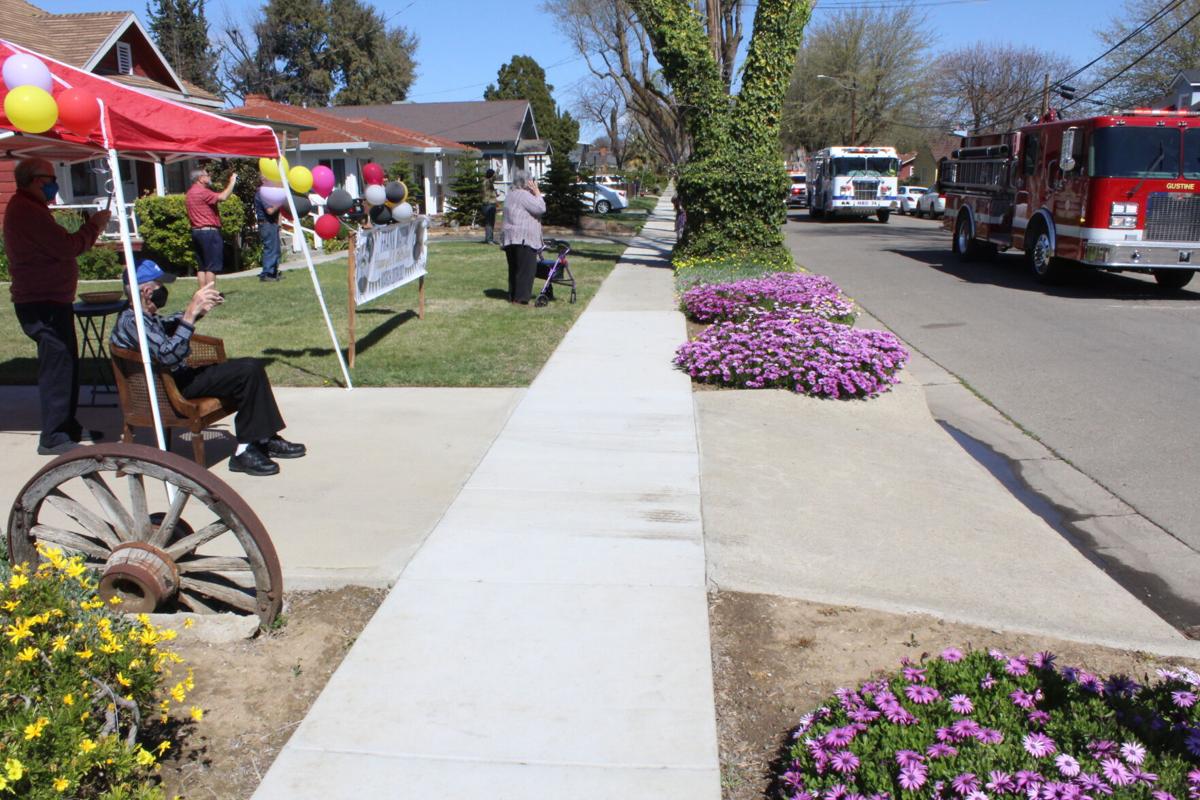 Frank Martin celebrated his 100th birthday Saturday with a host of family members on hand for the occasion.

Through the years Martin has become a familiar figure in Gustine as he tends to his roses and vegetable garden along Highway 33/140, always with a friendly wave to those passing by.

“It helps keep me young at heart,” Martin told Mattos Newspapers in 2017. “I have people who say they see me out there all the time. People wave at me.....and I don’t know who they are. Of course, I wave back.”

Martin was born in Gustine and graduated eighth-grade from Romero School before going to work on his family dairy. One of his tasks, explained Martin’s daughter Marilyn Anderson, was delivering the milk cans to town each day.

Martin went into the Army at 21 years of age. Soon after, World War II broke out and Martin served his country while stationed in England and Germany.

After leaving the service, Martin settled in Fresno, where he worked for a feed company for 36 years. He married Angie Ramos in 1946, and the couple had two children.

She passed away in 1980. After retiring, Martin moved back to Gustine in 1982. He married his second wife Ines, a former Romero School classmate, the following year and they settled into their life together in Gustine.

She passed away nearly a year ago.

On Saturday, Anderson relayed, Martin shared that hard work and an active lifestyle were the keys to his longevity.

“He is a hard worker. He has always treated people with such respect. In turn, everybody respects him,” Anderson reflected. “He has always been a very positive person. I believe that goes a long way.”