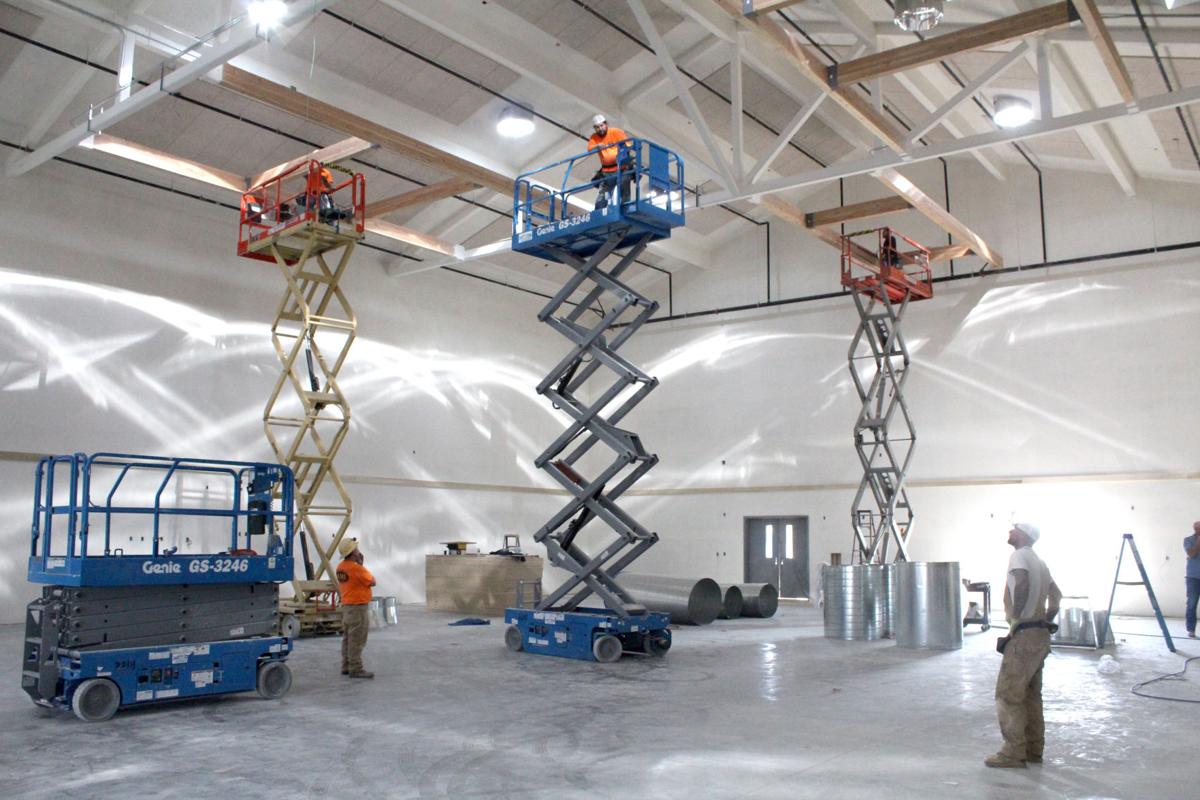 Construction of the new gym and multi-use room at Gustine Middle School is moving forward. The gym may be finished in time to host a middle school boys basketball tournament in January, officials said. 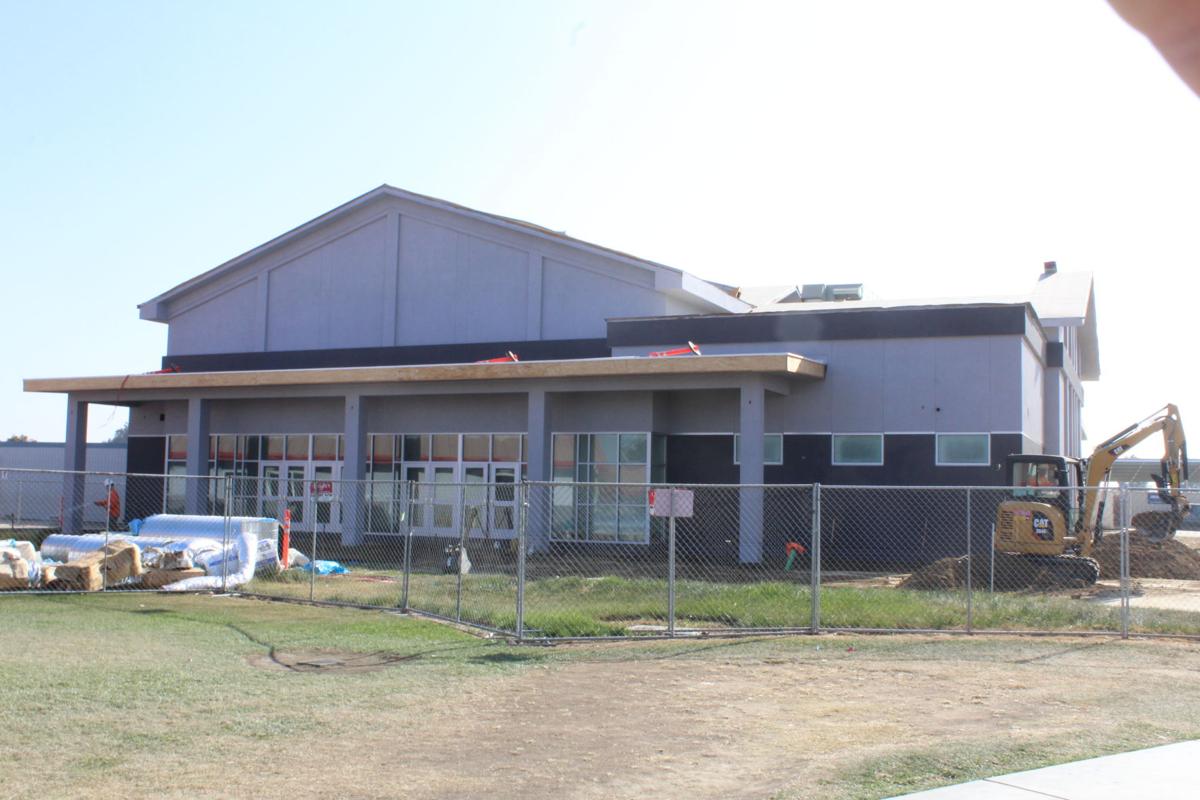 Work is continuing on the new gym at Gustine Middle School.

Construction of the new gym and multi-use room at Gustine Middle School is moving forward. The gym may be finished in time to host a middle school boys basketball tournament in January, officials said.

Work is continuing on the new gym at Gustine Middle School.

GUSTINE - A long-awaited gymnasium has taken shape at Gustine Middle School, rising from a vacant patch of land to become one of the more prominent features of the campus.

The $5.6 million project is approaching the point where construction workers will be applying the finishing touches.

Dr. Bryan Ballenger, district superintendent, said recently that a January completion appears to be the most feasible time frame at this point - perhaps early enough in the month to host the GMS boys basketball tournament which follows the winter break.

The gymnasium and multi-use room will represent a significant upgrade to the campus.

The gym and locker rooms will provide suitable physical education facilities to the school for the first time as well as allowing GMS to host athletic events on campus rather than in the aging gym at the former middle school.

Visitors will enter through a front lobby area.

Bleachers will be on one side of the gymnasium, while a stage is situated on the other. The stage will serve a dual purpose as a music room.

The building is energy efficient, Ballenger noted, and features tubes which allow natural light to illuminate the interior.

“We may never have to turn the lights on during the day,” he commented

Ballenger applauded the general contractor, BMY, and its sub-contractors, for their work on the project.

“BMY has been an amazing contractor, and their subs have been really good. It has been going very well,” he said of the construction.

The gym project is within original budget parameters.

Ballenger said that the district eventually set aside a $600,000 contingency fund to cover unexpected expenses, but to date has only expended about $50,000 in added costs.

“We may end up somewhere around $100,000 in contingency (expenses). If we can stay in that range we’re doing well, especially on a $5.6 million project,” Ballenger told Mattos Newspapers.

A middle school is not fully complete without a gymnasium, he had previously remarked, and completion of the gym will be a benefit not only to the school but the community.

“It is going to be wonderful when it is done,” he commented. “It will be worth the wait.”

Principal Tawnya Coffey agreed, telling Mattos Newspapers that she believes the gym will be a focal point of school pride.

“There is so much excitement as students are anticipating playing basketball and volleyball against their neighboring schools, as well as using the facilities for physical education,” she commented.

The campus, she noted, does not currently have a building large enough to host assemblies and events for the entire student body. The gym will provide that capacity.

“As far as adding to the school culture and building up our students, the benefits will be infinite,” she stated.

Ballenger said a grand opening event will be scheduled when the gym is completed.

The school district will also hold the spring dinner of the county school boards association to showcase the new facility, Ballenger noted.