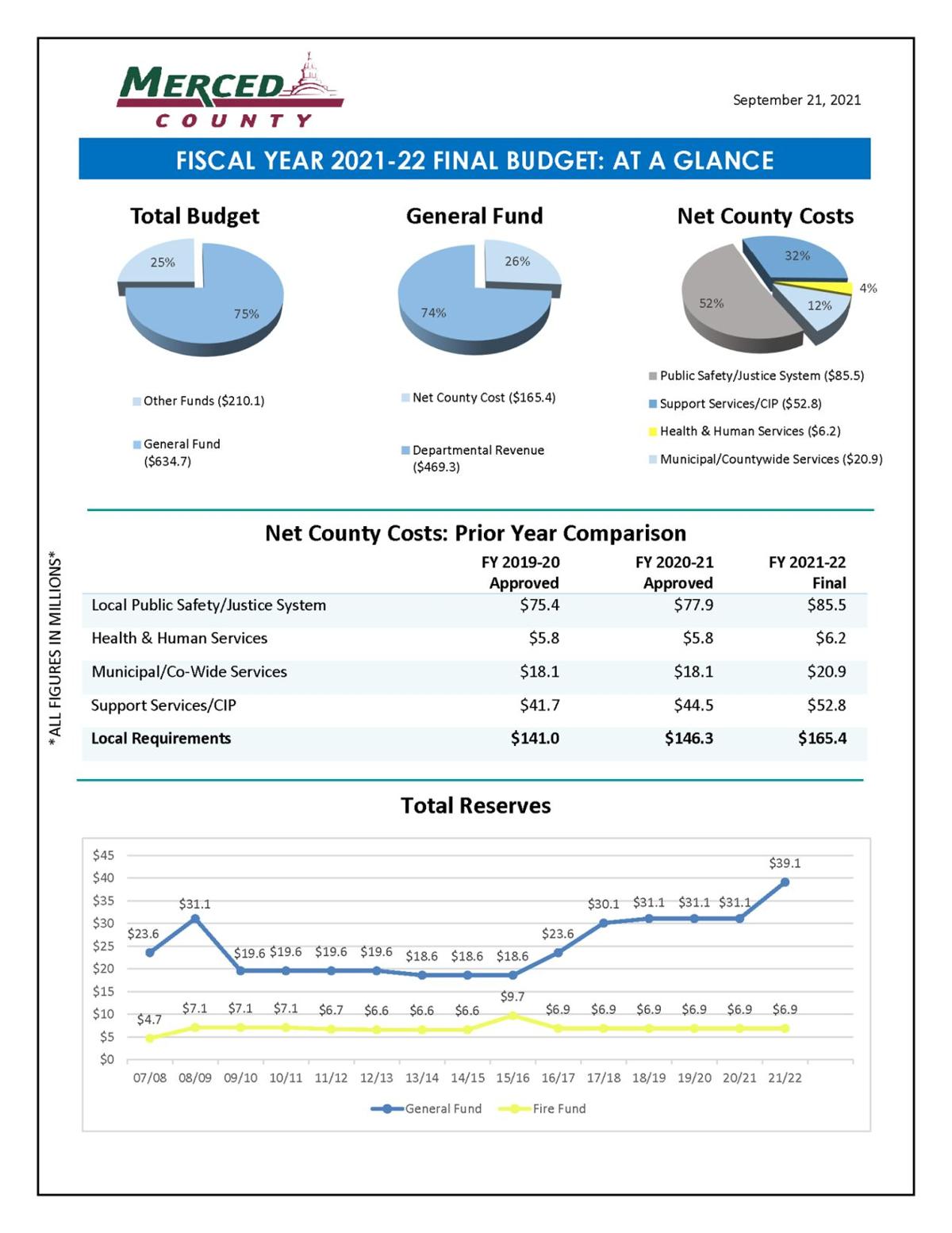 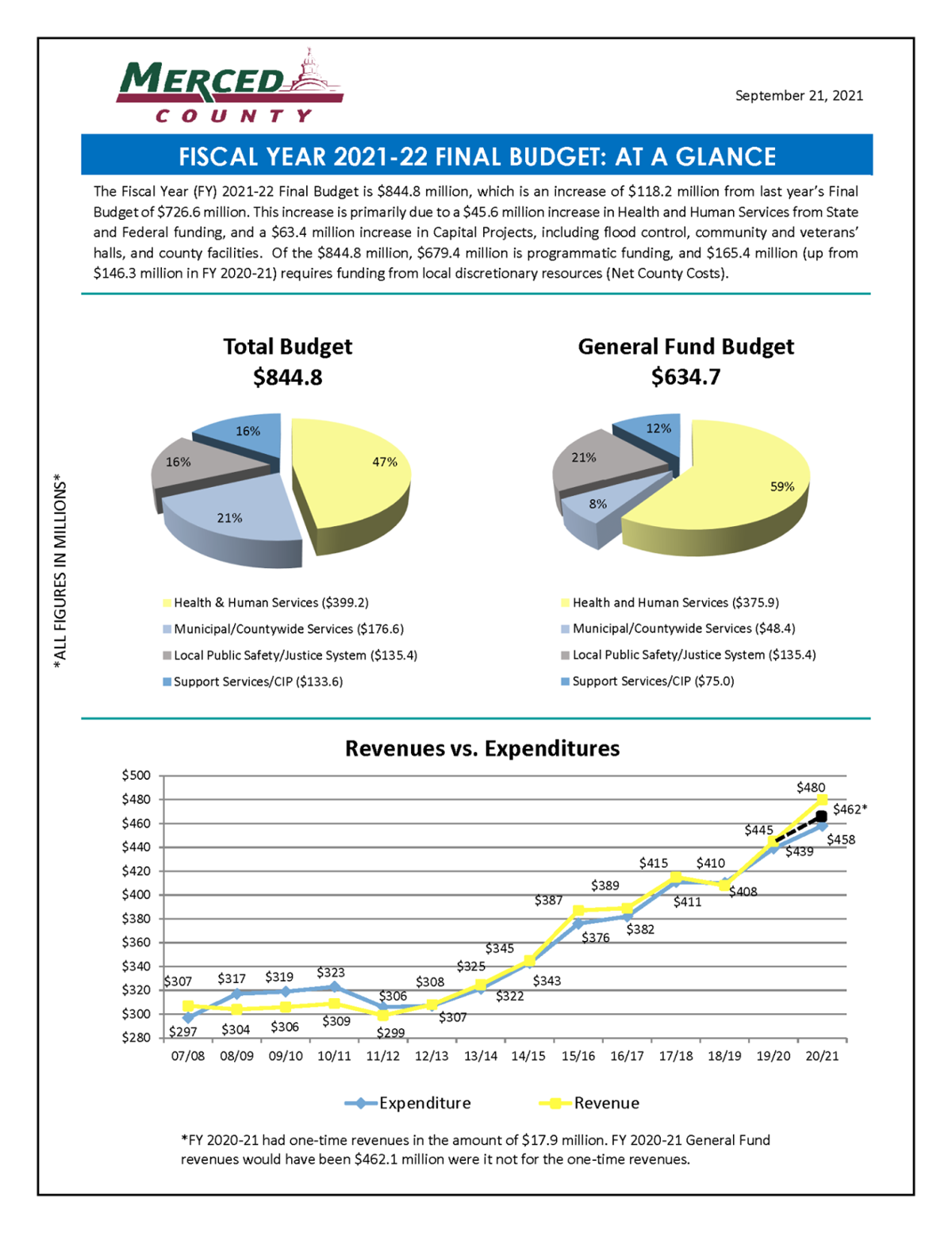 The Merced County Board of Supervisors last week approved an $844.8 million spending plan, which overcomes an originally anticipated shortfall with a balanced budget.

County CEO Jim Brown told the Supervisors during their Sept. 21 meeting for the 2021-22 final budget that despite a $4.6 million deficit included in the proposed budget, revenue and fund estimates closed the gap to provide for a final, balanced spending plan.

“Although our local revenues had weathered the proverbial storm, they remain relatively stable,” Brown said. “...Revenues did end the year strong, and there were significant one-time revenues which helped for a larger-than-normal fund balance.”

The final budget represents an increase of $118.2 million from last year’s budget, plumped primarily thanks to a $45.6 million increase in Health and Human Services from State and Federal funding as well as an additional increase of $63.4 million in Capital Projects, including flood control, community and veterans’ halls, and County facilities. The final budget increases upon the proposed budget by $92.5 million.

“These were not easy decisions. We truly understand the impact this will have on lives and do not take this lightly,” Brown said, noting that the County has a track record of helping those impacted by staffing cuts find new work within the organization.

The County budget includes $39.1 million in General Fund reserves and $6.9 million in the Fire Fund reserve, with Brown stating that caution is key when looking ahead to the future.

“Although the economy continues to move forward and the outlook is positive, there are a couple areas that we would suggest some caution and to watch carefully,” Brown said.

Brown said Supervisors must be wary of the lack of new stimulus funding and how its phasing out could impact the economy, in addition to the long-term problem of a potential years-long drought. Should the Valley suffer a third-straight dry year, he said, the County’s primary economic driver, agriculture, could take a substantial hit.

Merced County residents received $13 million per month in COVID assistance funding, Brown said. And with another year of drought, property and sales tax revenues could be affected.

“As we were finalizing recommendations, we took a hard look at one-time revenues and expenditures. With significant one-time revenues from last year, the final budget includes recommendations to use them toward either the long-term fiscal stability of the County, such as reserves, or one-time infrastructure expenditures, like capital projects or facility improvements for safety, accessibility and deferred maintenance,” Brown said.