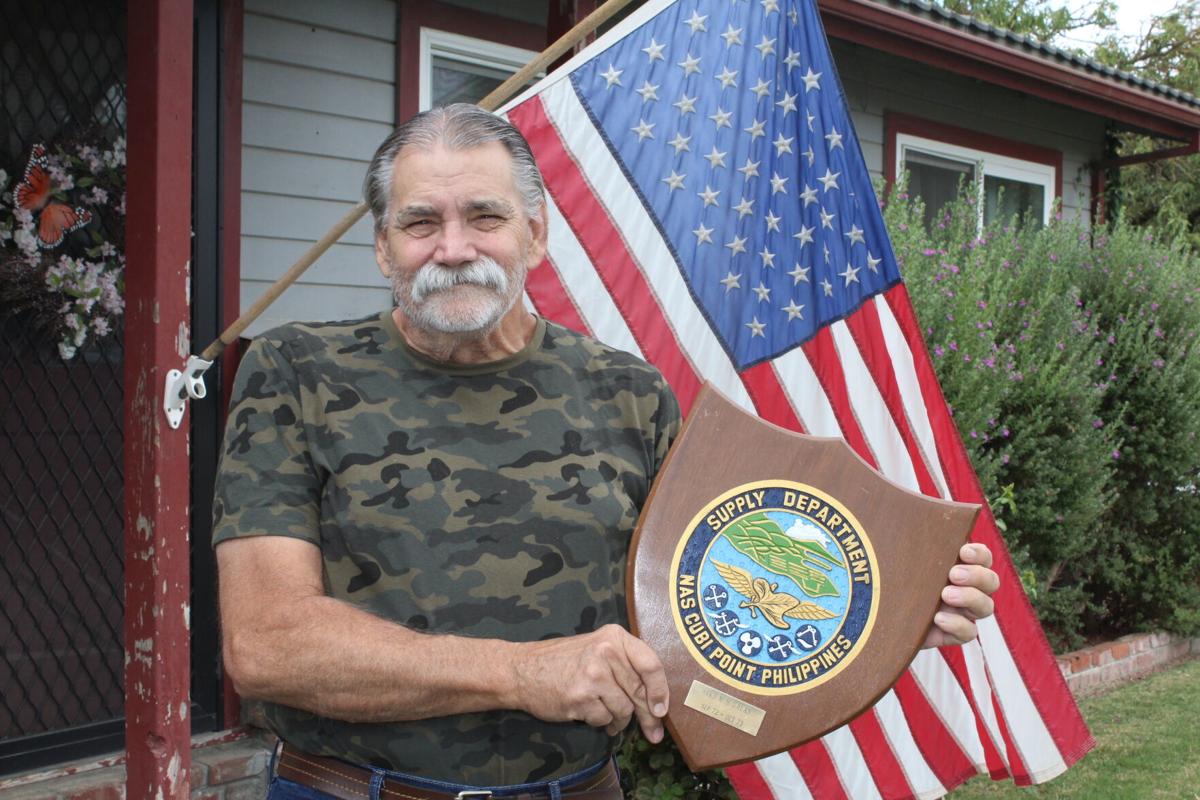 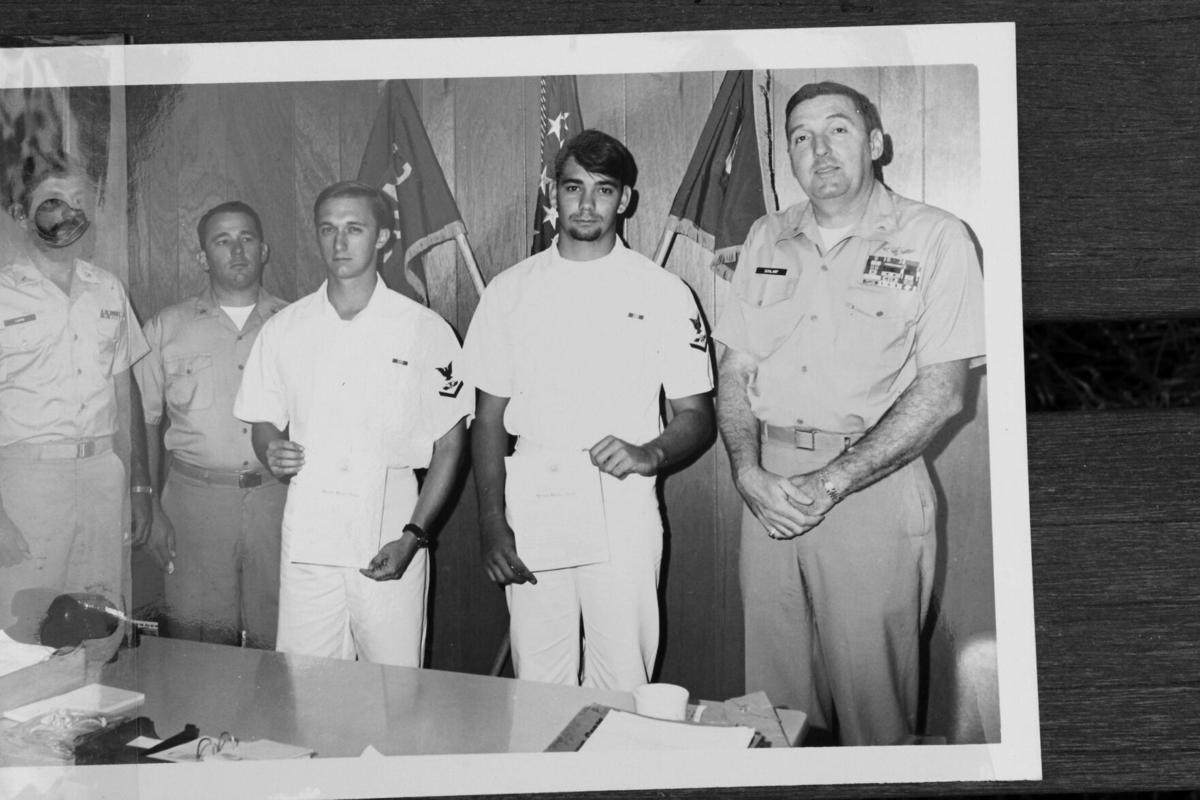 Mike Galas, center, is pictured during a promotion ceremony during his U.S. Navy service.

Mike Galas, center, is pictured during a promotion ceremony during his U.S. Navy service.

Editor’s note: This is the second in a series of weekly feature stories paying tribute to West Side veterans. Newman resident Mike Galas, a U.S. Navy veteran, is featured. The series will continue through Veterans Day.

NEWMAN - Local resident Mike Galas went from the halls of his Modesto high school to serving in the United States Navy, a life chapter that eventually took him to the Philippines in support of the Vietnam War effort.

Galas was 17 and heading into his senior year at Downey High School when, with the draft in full force and the war ongoing in Vietnam, he opted to enlist in the Navy to have his choice of military branches. He left high school before completing his senior year to enter the service at 18 years of age.

“I always kind of had an affinity for the ocean. I always thought that if I were to go into the service I would go into the Navy,” said Galas, who went into the Navy in 1969 and served until 1973.

Ironically, Galas was never stationed aboard a ship during his four years in the service - although he had a role to play in supporting the aircraft carriers engaged in the Vietnam war while based in the Philippines.

A number of military stops - and life changes - preceded his time in the Philippines.

Galas went to basic training in San Diego, where his stay was extended for three to four months when they learned that he was a musician.

“They put me on the drum and bugle corps,” he explained.

He took leave from boot camp to marry his wife Denise.

Galas went on to spend several months in Memphis, Tenn., where he trained to be an aviation store keeper.

He ran a warehouse at a Marine Corps air station in Yuma, Ariz., after completing his basic training. His wife and daughter Kelly joined Galas there, living in off-base housing. “We had a chance to be off on our own,” he explained.

There, he was involved in supplying ships and carrier aircraft that came in from Vietnam.

“Basically, it was the supply hut for the carriers and destroyers and all of our ships, where they could come in to land and restock all their goods,” Galas said. “I was focused on the electronics. Part of my job was running an electronics warehouse.”

Galas said he primarily worked on supplying aircraft carriers, with an emphasis on providing aviation electronics for aircraft.

During his time in the Philippines, Galas said, he was able to travel the island and visit a number of historical World War II sites.

“It was a real learning experience for me,” he reflected. He also completed his high school studies while in the Navy.

Galas returned to civilian life and, after working for a brief time as a truck driver, was hired at Leprino Foods’ Newman plant and moved to the West Side in March 1974.

Galas, now retired, said he started on a cleanup crew and worked his way up into a management position with the company.

His military experience, Galas said, represented a time of personal growth that has served him well throughout his life.

“I entered as a young man. I learned a lot about growing up and dealing with people,” he explained. “I needed it at the time. It just fit the bill for me.”

His military service, Galas added, instilled a greater respect for others who come from different backgrounds.

“Everybody has their own story,” he pointed out.

Galas is proud to have served, he told Mattos Newspapers, and encourages young adults to consider the military.

And the importance of a strong military cannot be overstated, he concluded.

“I have always believed in a very strong military,” Galas reflected. “It is why we are still here.”