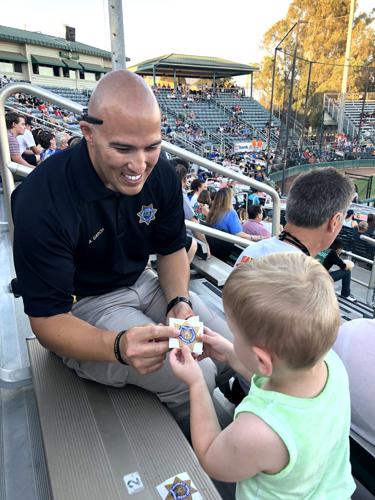 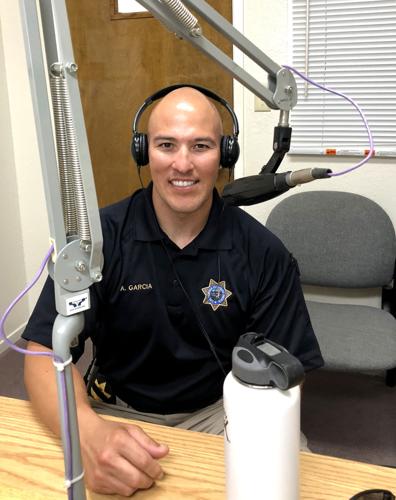 Media appearances are part of Aldo Garcia’s responsibilities as an outreach officer for the CHP. 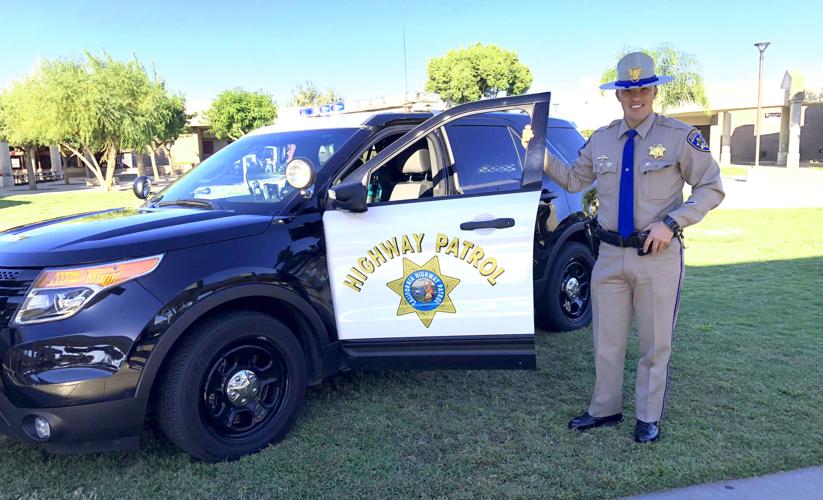 Media appearances are part of Aldo Garcia’s responsibilities as an outreach officer for the CHP.

An Orestimba High graduate who grew up with aspirations of becoming a California Highway Patrol officer has realized that dream - and is relishing his role as a community outreach officer focusing on the Hispanic community.

Aldo Garcia works as one of three “El Protector” community outreach officers in the CHP’s Central Division, fanning out to schools, fairs and community events from Madera to Modesto and points between.

His rounds also take Garcia from radio and television appearances and the fields of the San Joaquin Valley, where he makes presentations to workers.

The El Protector position, Garcia explained, is geared to breaking down barriers and helping build trust with the Spanish-speaking community while providing information that saves lives.

“A lot of times people just have questions. It is not just about traffic safety. It can be anything and everything,” Garcia told Mattos Newspapers. “People always have questions about car seats and new laws. I always take car seats out. Parents sometimes just don’t know how to properly protect their kids.”

Garcia often attends events in more casual dress rather than a formal uniform in order to be more approachable.

He also takes a hands-on approach in his El Protector role.

Garcia may help out crossing guards at an early-morning school visit, for example, and after addressing groups of farm workers in local fields enjoys rolling up his sleeves and helping with whatever task is at hand before moving on.

“People like that. I get the experience, and it makes us more approachable,” he explained.

The program, he reflected, has been well-received and successful in delivering valuable information to the Hispanic community.....while building bridges in the process.

“The goal is to educate rather than to enforce,” Garcia said. “Personally, I think it is a great program. You get to educate people.”

Garcia is also involved in an inspection program focused on the safety and certification of farm labor vehicles.

“Every Wednesday we do farm labor vehicle inspections. Other days we will do roving enforcement looking for uncertified farm labor vehicles,” he said. “If vehicles carry nine or more passengers and are going to and from ag work they need to be certified and inspected by us.”

“We want to make sure everybody goes home safe,” he stated.

Garcia, a 2002 Orestimba graduate, said he has wanted to be a CHP officer since 12 years of age.

He was inspired by the popular television show CHIPs.

“I thought it would be pretty cool to do that,” he related.

Life delayed those plans for a time, though.

Garcia went to college after high school, and then worked to help his family after his father fell ill.

After his father’s death in 2007, Garcia applied to the agency.

A year and a half or more passed before he received his coveted letter of invitation to attend the California Highway Patrol Academy.

“It was one of the most strenuous processes. Their standards are extremely high,” he said of the admissions protocol and screenings. “Getting that letter was so joyful. I literally cried.”

Garcia completed the rigorous seven-month academy, which by its nature has a high attrition rate.

“We started with 239 and graduated 183,” he pointed out. His class holds the all-time high graduation rate, Garcia added.

Graduation day was an emotional one.

“I was sad my dad wasn’t able to be there,” Garcia reflected. His mom worried about his career choice but was supportive, he added. “She knew how badly I wanted it.”

Other changes were in store, too.

Garcia got married the following day, and the newlyweds had 10 days to move and report to his first assignment in the East Los Angeles area.

“I had never been in L.A. Going there from a rural area was a huge change. It is so busy,” said Garcia, adding that he loved the assignment.

As a new officer, he added, the Southern California assignment offered a fast-paced, on-the-job learning experience with the sheer volume and variety of calls.

He has also worked out of CHP stations in Dublin, Los Banos and Merced. While now officially working out of the Fresno-based Central Division, Garcia said, he is hosted by the Merced station.

He has not regretted his career choice.

“The CHP is very family-oriented. I was raised that way. The CHP is like a big family, and I love that part about it,” Garcia reflected.

He never knows what any given day will bring.

“One day can range from saving a life to having a foot pursuit to having to arrest somebody,” Garcia said. “There are a bunch of emotions through the day.”