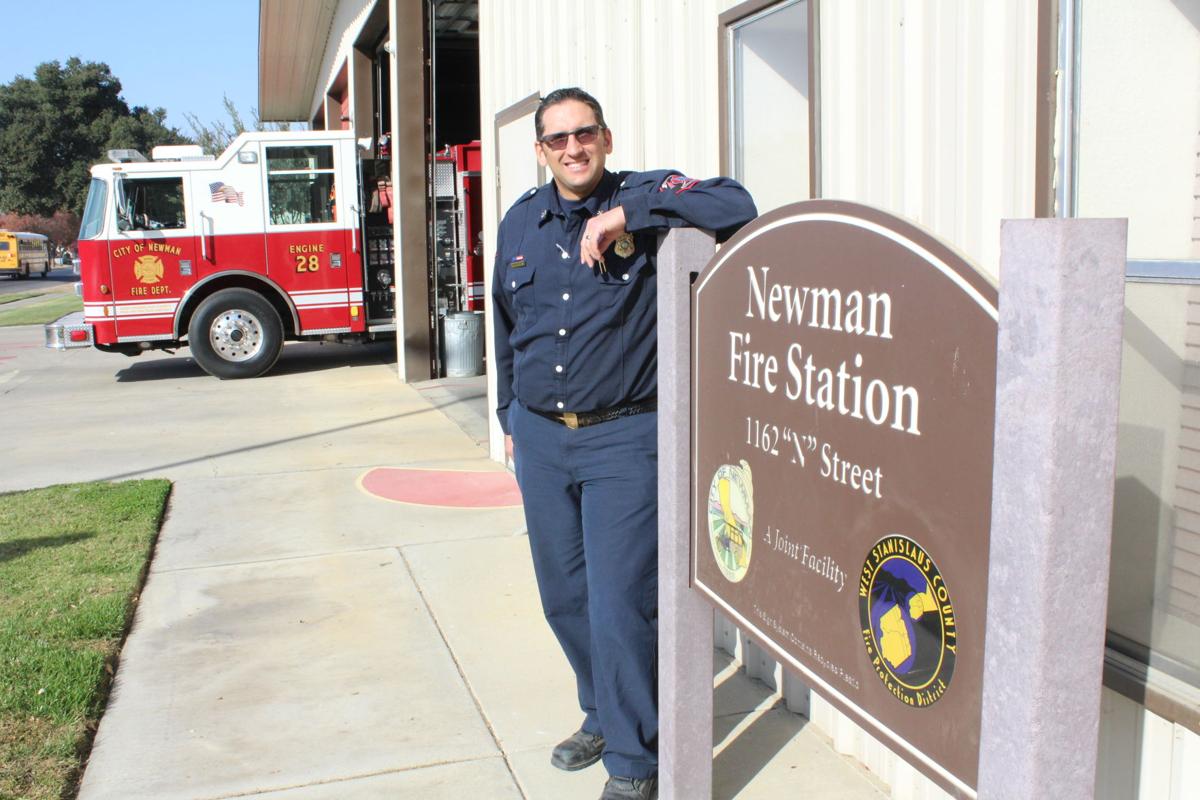 Keith Bowen is a division chief for the West Stanislaus Fire Protection district and Newman’s fire chief. His shared employment is part of the fire protection partnership between the two agencies. 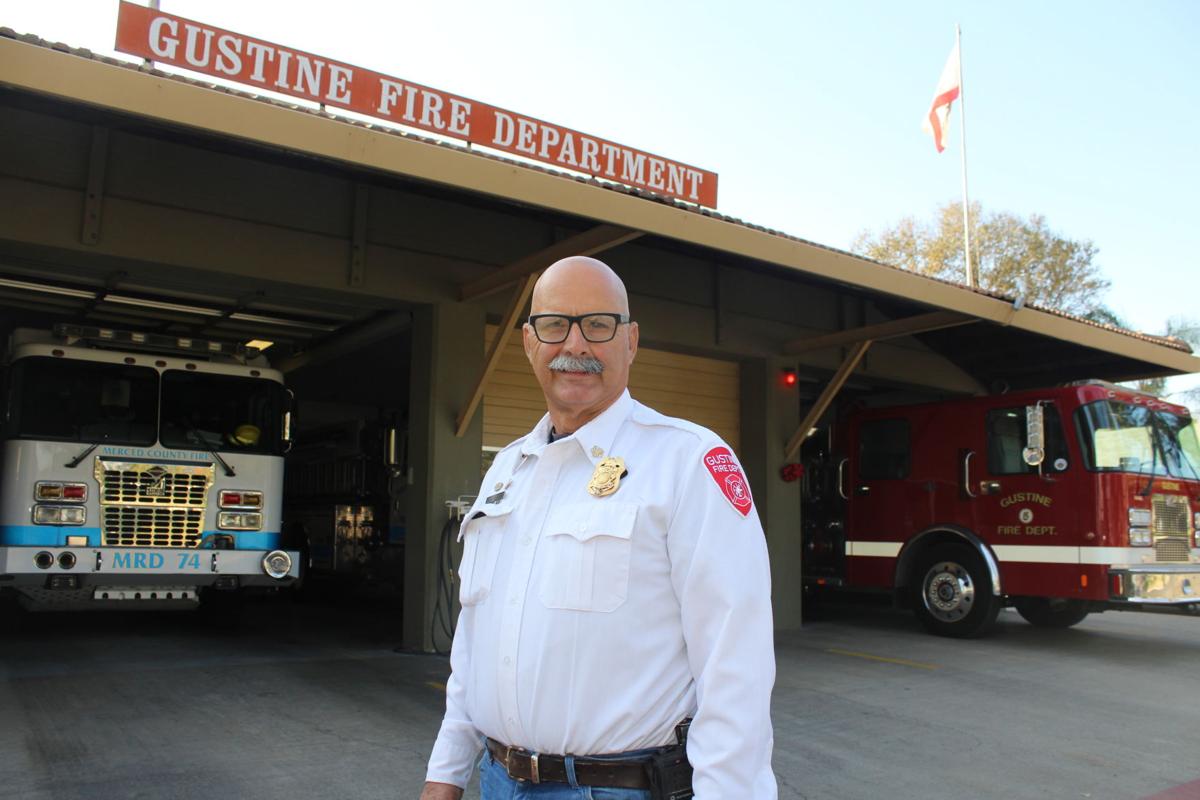 Keith Bowen is a division chief for the West Stanislaus Fire Protection district and Newman’s fire chief. His shared employment is part of the fire protection partnership between the two agencies.

Partnerships are continuing to strengthen the community-based fire departments which serve Gustine and Newman.

The ranks of volunteer firefighters have thinned in each community through the years, but a support network helps ensure that help is on the way when emergency strikes in or around the West Side cities.

In Gustine, the station which the Gustine Volunteer Fire Department shares with Merced County is staffed by CalFire 24 hours a day, seven days a week. That lone firefighter is typically the first out in response to a call, followed by the volunteers as needed - and available - from the local department.

Four miles to the north in Newman, the community’s fire department shares personnel, equipment and a fire station with the West Stanislaus Fire Protection District. The partnership between the allied agencies enabled Newman to increase its paid fire staffing when the city went from a part-time chief to a shared full-time employee. Keith Bowen is a division chief within the fire protection district ranks but essentially is fire chief in Newman - which pays 60 percent of his salary.

The Newman-West Stanislaus partnership also shares the cost of having an on-call fire officer who, while not specifically staffing a station, is committed to being available to respond to calls through the course of a 24-hour shift.

And, the Newman and Gustine departments have a well-established partnership of their own, responding to assist one another on designated incidents such as structure fires under an automatic aid agreement. While other mutual aid resources are available  to respond from other West Stanislaus or Merced County/Cal Fire stations as well as neighboring agencies, none are as close as those coming from the community next door.

In the case of major incidents, said Bowen and Gustine Fire Chief Pat Borrelli, the added resources are instrumental in bringing adequate manpower to the scene - be it from the city next door or from other nearby stations.

While they share a common mission and are among the first to respond in support of the other, the structure of fire safety agencies in Gustine and Newman are markedly different.

Gustine, the smaller of the two cities, has a full-time firefighter on duty and has for years.

The city and county share the station. Each owns its own apparatus and equipment, Borrelli said, and the county contracts with CalFire for staffing.

“When CalFire took over we were probably one of the first volunteer departments that took Firefighter I training,” Borrelli said in reference to a basic level state firefighting certification.

Now, he said, all the paid call (or volunteer) firefighters throughout the county go through identical training on the county equipment so they can operate that apparatus as needed, one of many ways the system has become streamlined.

Having a full-time firefighter on duty has become even more important through the years, Borrelli said, as the volunteer ranks dwindled. Years ago, he recalled, the department had upward of 25 volunteers. The department now numbers 14, and of those fewer work in town and are more reliably available to respond to calls.

“It is crucial,” he said of the full-time staffing. “Our response time is better because he is already here, and at night, when we are running medical aid calls, there is not a lot of help.”

County Engine 74 is typically first out of the Gustine station, regardless of whether a call is within the city or surrounding county area.

“We will pick up our engine or rescue vehicle if it is needed,” noted Borrelli, who as a part-time city employee is the Gustine department’s only paid staff member beyond per-call stipends.

A CalFire engineer and fire captain are assigned to the Gustine station through 72-hour shifts, Borrelli said, and a relief firefighter takes the other day of the week. The arrangement, he said, allows the CalFire personnel to become familiar with the local volunteers and community - and vice-versa.

And, when needed, officers and resources higher up the chain of command are available as well.

Borrelli does not see volunteers ever going by the wayside.

But he acknowledged that more full-time staffing is going to be needed in the future, and said the city and county are already in talks about staffing the local station with a second firefighter.

“It is not going to happen overnight,” Borrelli cautioned.

A different structure is in place in Newman.

Bowen’s employment helped provide the staff time to deal with an ever-increasing workload of administrative demands while increasing the fire department presence.

Establishment of the on-call fire officer was another step toward ensuring coverage and improving response times, Bowen said.

“That has reduced response times, and has given the crews an individual to contact. It has provided coverage at the station for phone calls and training,” he explained.

If a phone call comes into the station and neither he or the on-call officer is in to take it, Bowen said, the call forwards to the fire officer.

One of the fire officer’s responsibilities is to check the apparatus on a daily basis.

“It has made a huge difference operationally,” Bowen said of the on-call fire officer program. “It gives us that person who can focus primarily on operations.”

The on-call officer also offers the ability to be more responsive to non-emergency requests for service.

“We still get the cat in the tree calls,” Bowen noted. “(The community) wants us to be here to cover anything they call for. We’re glad to be here for that.”

Four firefighters are currently approved to serve in that capacity. They are paid $150 for a 24-hour shift which runs from 8 a.m. to 8 a.m.

Most are trained to the level of emergency medical technician or higher so they have the ability to render treatment on calls, Bowen noted.

The on-call officer is a step toward alleviating potential resource shortages.

While the Newman department has 20 volunteers, Bowen said, on any given day only a small percentage may be available to respond to calls.

“On our larger calls we can typically get a first-out response with three to four people, then automatic aid,” he explained. “Automatic aid is extremely important to us. At a typical structure fire, we need at least 15 firefighters. As a volunteer agency with only 20 firefighters we are not adequate in that sense. The next best thing is (is to bring in) additional resources.”

The partnership between Newman city and West Stanislaus has evolved to the point where they are sharing equipment and training.

No longer are there decisions about which truck responds to a call, for example, or which set of turnouts firefighters wear to a call.

The streamlining of operations has been beneficial in multiple ways, Bowen said, from getting the most out of taxpayer dollars to ease of operations on the part of firefighters.

At some points in the past, he said by way of example, firefighters had to train on three different types of engines - each with their own unique traits - which created operational challenges.

The Newman department, like Gustine’s, is envisioning an ongoing evolution in years to come.

“We are working on a plan for staffing the station,” Bowen told Mattos Newspapers. “It will be on a stipend basis as opposed to (having) full-time employees. That model would work for five to seven years but as our community continues to grow there will be a need for 24-hour (paid) coverage.”