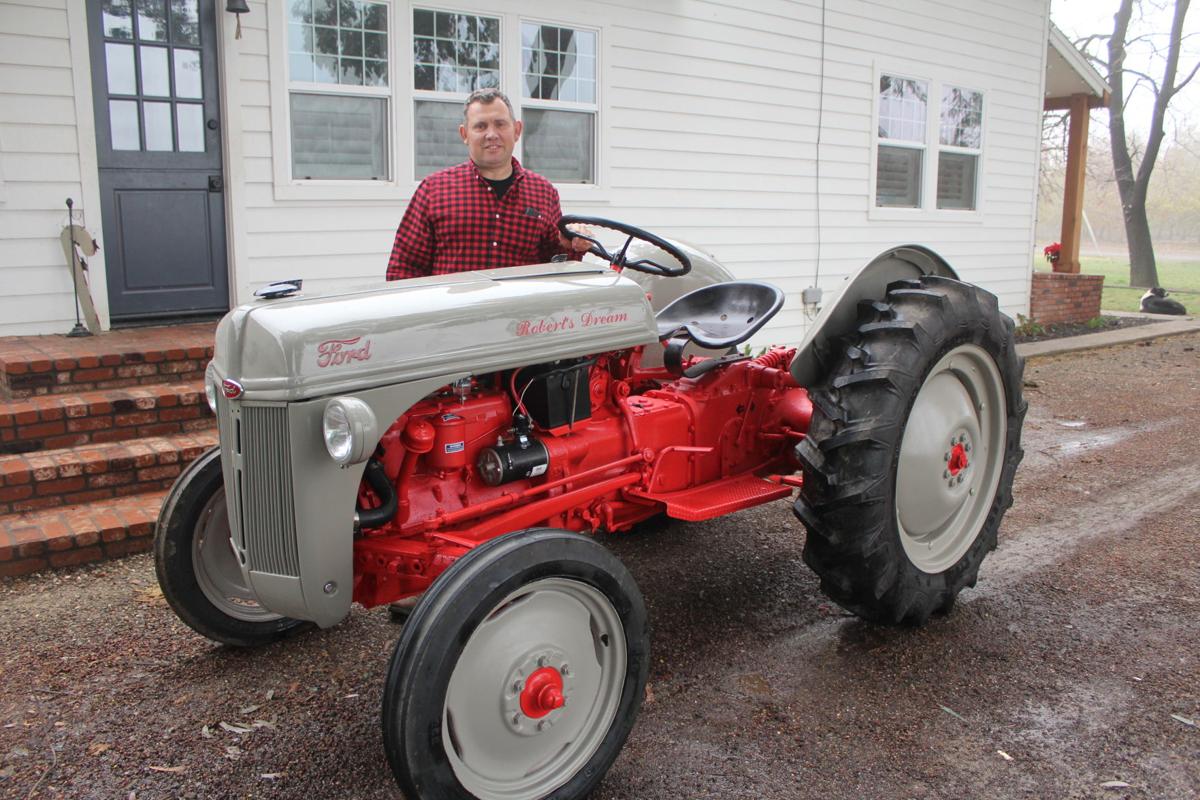 Eldred Pires is pictured with the Ford tractor he restored in honor of his late brother Robert. A number of volunteers helped make the project possible. 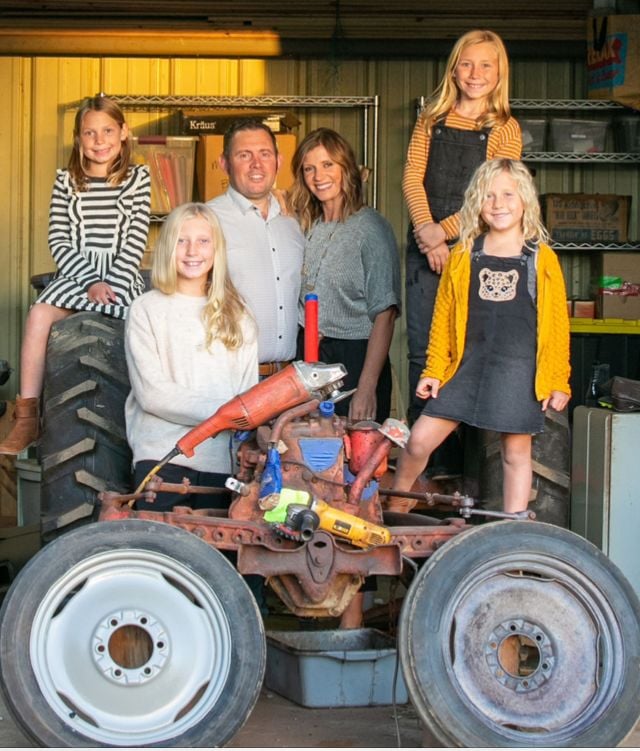 The Pires family, with the tractor project in process. From left are Lilly, Stella, Eldred and Amanda, Faith and Paige. 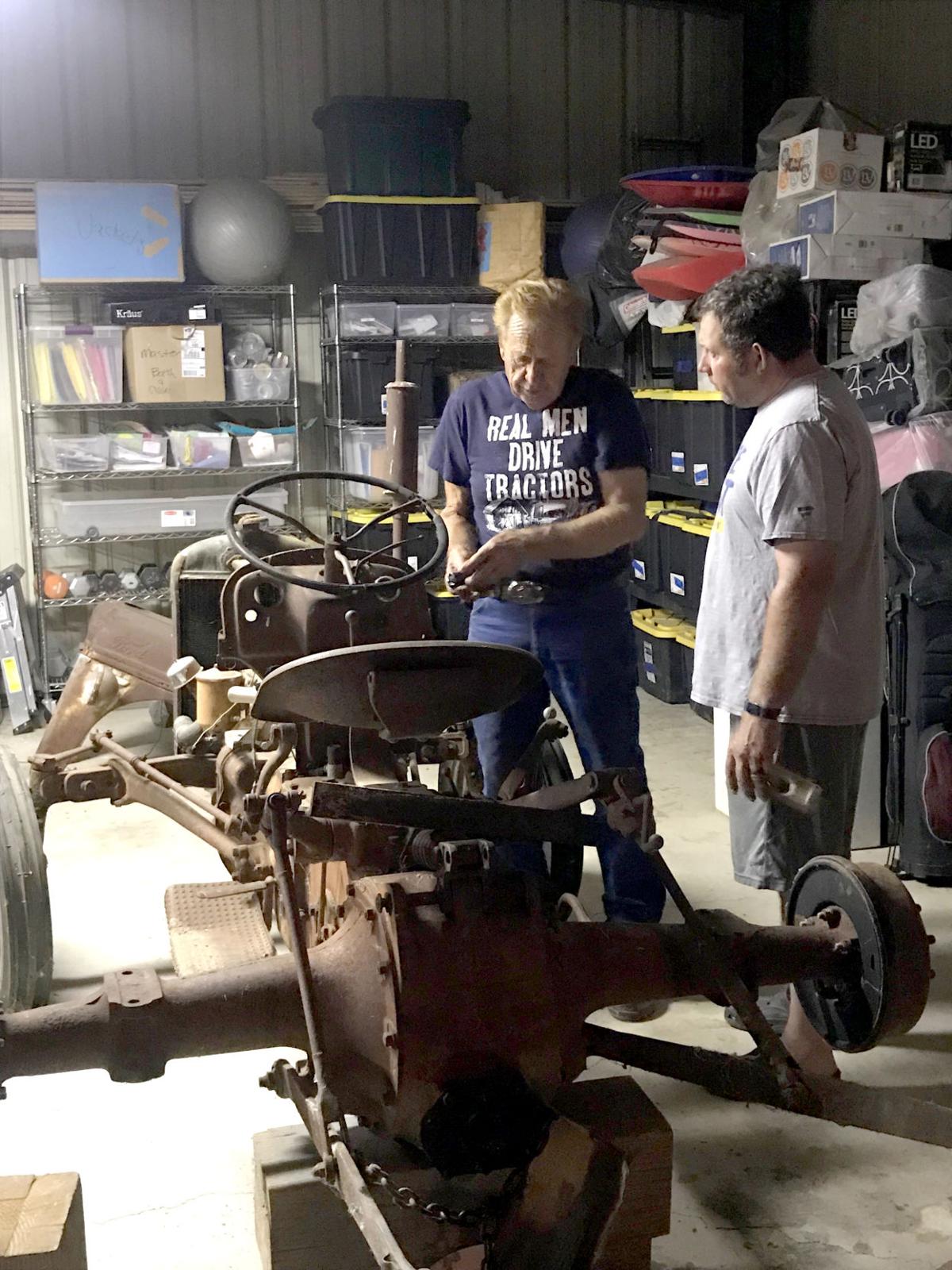 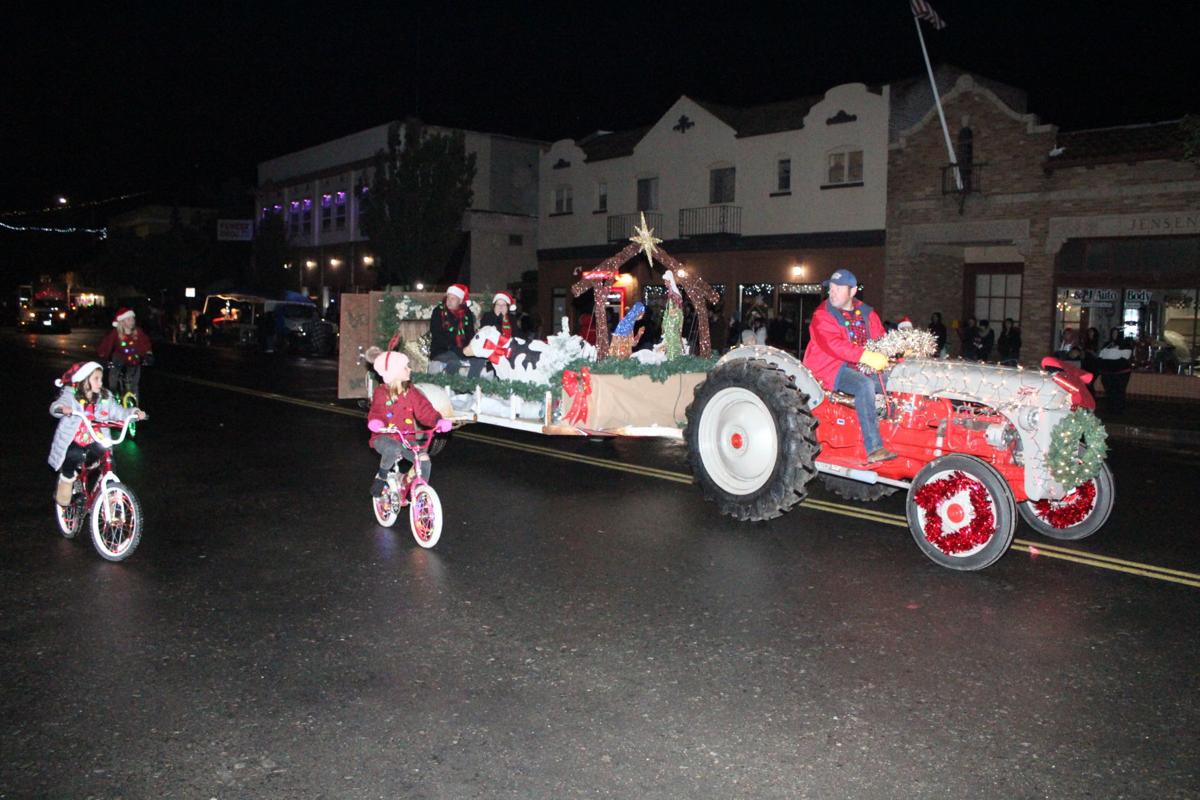 Eldred Pires is pictured with the Ford tractor he restored in honor of his late brother Robert. A number of volunteers helped make the project possible.

The Pires family, with the tractor project in process. From left are Lilly, Stella, Eldred and Amanda, Faith and Paige.

GUSTINE - Among the festive, colorful entries in Gustine’s recent lighted Christmas parade was a testament to a brother’s love.

The small, impeccably restored Ford tractor driven by Eldred Pires....his parents John and Cecelia riding on a trailer in tow and his daughters pedaling bicycles alongside, represented a dream his late brother never realized and rekindled cherished memories for the family.

As teens, Pires and his older brother Robert drove that same utility tractor to feed calves on the family dairy.

Robert had talked of fixing up the tractor and driving it in what at the time was the community’s lighted truck and tractor parade, Pires recalled.

Tragedy struck before he had the opportunity to achieve that dream as Robert, then a senior at Gustine High, was killed April 9, 1994 in a motor vehicle accident.

His father looked into fixing up the tractor and putting it in the parade, going so far as taking it to a shop, but the busy mechanic never got to that project, Pires said, and the tractor sat on the ranch for a time before going into storage.

As time passed, grieving loved ones tried to move on with their lives and Pires started a family of his own, the tractor sat deteriorating in storage....until a series of events this summer piqued his interest in seeing Robert’s dream through to fruition.

“Somebody had spoken to me about the tractor. I kind of had the idea that after 25 years it was time,” he said.

While visiting Gustine’s Fourth of July celebration, Pires came across a display of old farm equipment....and a neighbor, Duane Ouse.

Ouse - always referred to by his neighbor as Mr. Ouse - provided contact information for a potential restoration source but Pires never made the call.

Instead, Ouse accompanied Pires to where the tractor was in storage to look it over for himself.

“When we pulled up, Mr. Ouse said ‘she’s in tough shape’,” Pires recalled.

But when he shared the story behind the tractor, and his reason for wanting to restore it, Ouse proposed a different course of action.

And so the journey began - with plenty of helping hands from family and friends.

The 1949 8N Ford tractor was rough, with no back wheels, deteriorating hood and fenders and lacking brakes, among other things.

But its engine was sound, Pires said.

“Looking at it, it wasn’t pretty but the internals were good and I was able to put a lot of work into it,” he noted.

He found a Bakersfield outlet with a new hood and other parts.

“We found a place that had everything,” Pires commented. “It is all original, but not from that particular tractor.”

An army of volunteer helpers pitched in to make the project a reality.

His wife Amanda and the couple’s four daughters were among those who helped with the project. Along the way, the memories he shared helped introduce his wife and daughters to the brother-in-law and uncle they never knew.

“They got to know my brother a little through conversations as we were working on it,” Pires shared.

“They did it out of the goodness of their heart. Everybody did what they could to make it happen,” said Pires. “With all the help from everybody it went a lot quicker than we thought. We thought it was going to be for next Christmas, but we got it done.”

The project was meant to be a surprise for his parents, Pires said, but his mother discovered the tractor about 10 days before it was unveiled. She kept the secret, and on Thanksgiving Day, just a few months after the tractor had been picked up from storage in mid-July, Pires presented the restored tractor, christened “Robert’s Dream,” to his parents in an emotional moment.

“It meant a lot to everybody in my family. My dad never thought it was going to get done,” Pires reflected. “A lot of it was for my mom and dad, but it was good for me too. It was healing. It doesn’t matter how long it has been, you are always trying to heal.”

The way the project came about, and the outpouring of community support, left Pires convinced that the restoration happened as it was meant to be.

“I wouldn’t ever have taken it on before,” he concluded. “(This) is how God wanted it.”