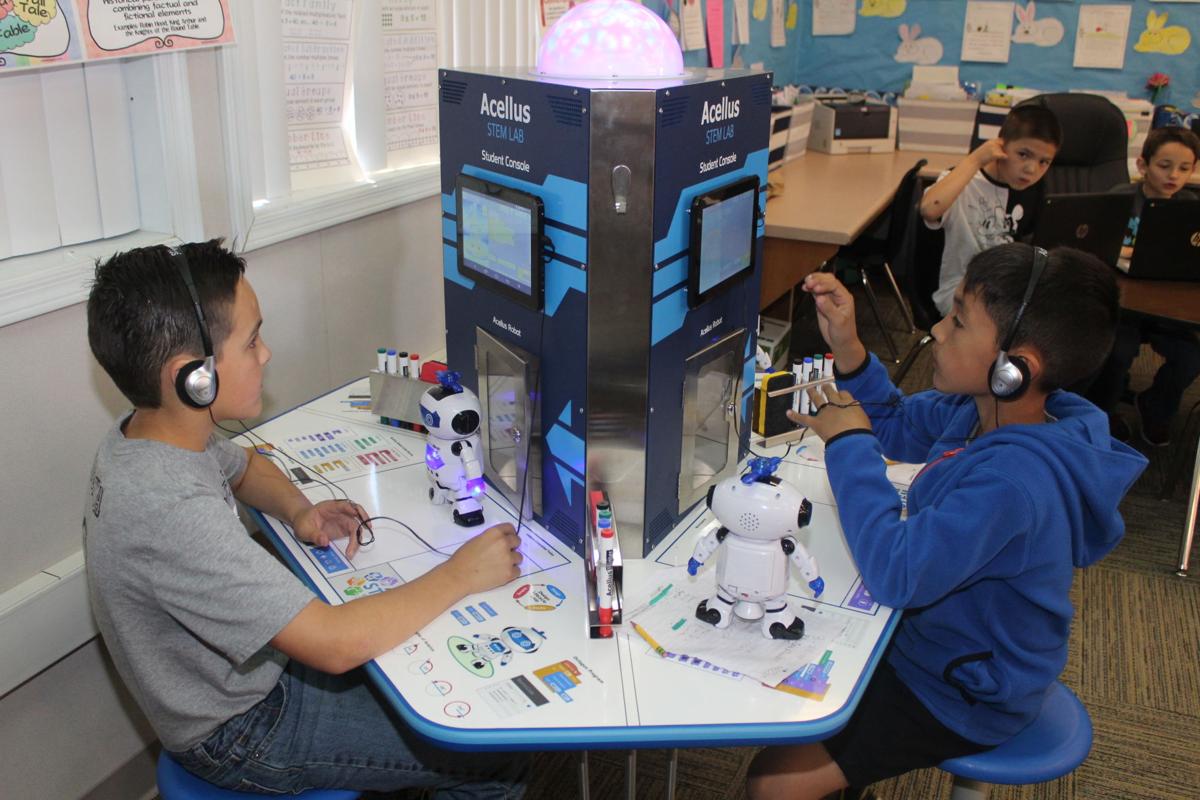 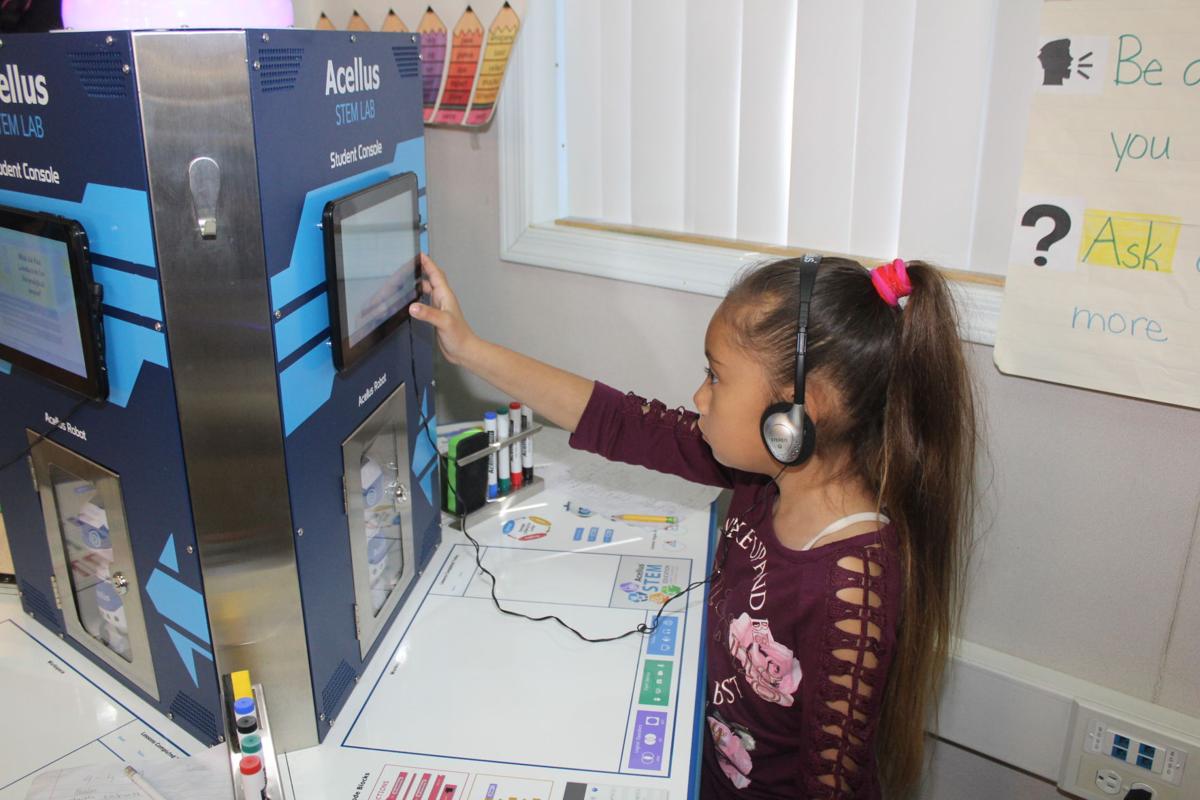 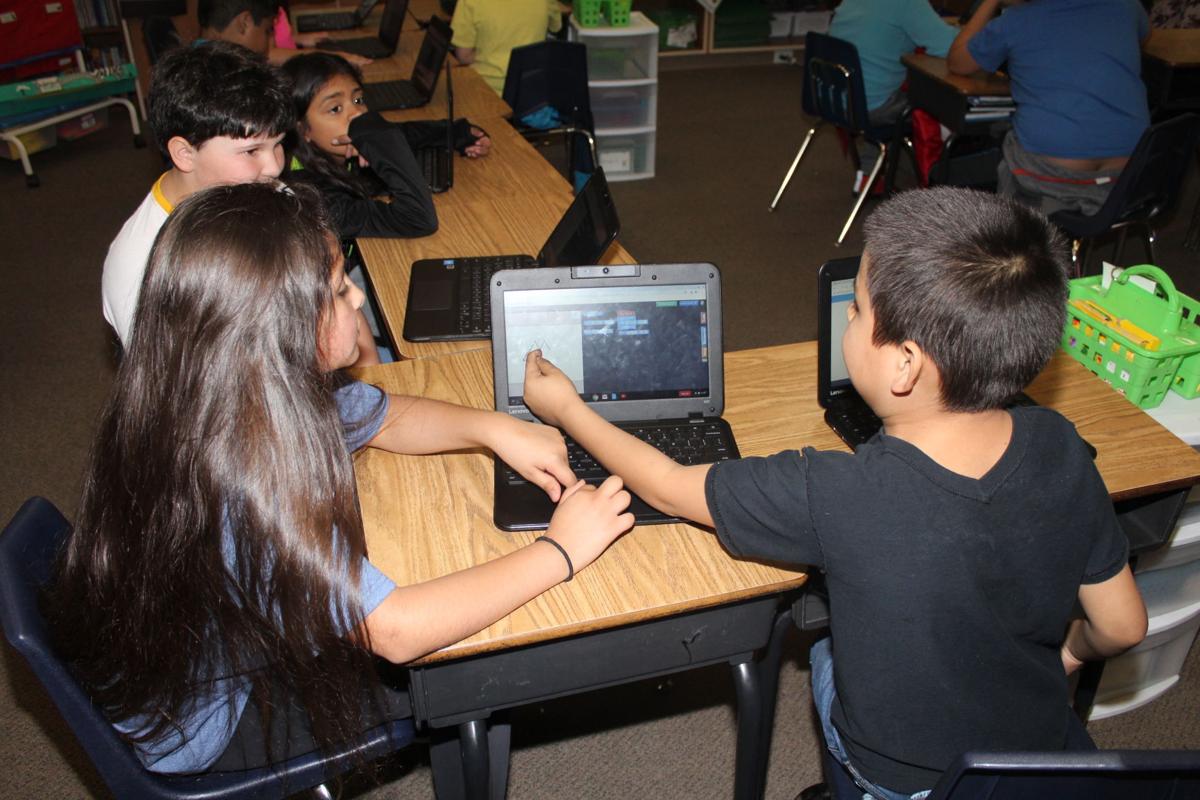 Evelynne Hernandez Perez and Alexis Diaz work through an Acellus program on a Chromebook in their third-grade classroom at Romero Elementary in Santa Nella.

Evelynne Hernandez Perez and Alexis Diaz work through an Acellus program on a Chromebook in their third-grade classroom at Romero Elementary in Santa Nella.

SANTA NELLA - Robotics are coming to life in third-grade classrooms at Romero School in Santa Nella, where students are being introduced to the basics of coding through lab stations purchased at mid-year.

The Acellus STEM (science, technology, engineering and math) program allows students to learn the basics of coding through video-based exercises on their Chromebooks and then apply that knowledge by programming robots with various commands at coding tables.

“I love having it in the classroom,” said teacher Julie Seim, who acknowledged that the Acellus labs were a bit intimidating initially. “They are excited about their learning, and they are doing hands-on lessons. They can also see the rewards for their work....they see that with the robot.”

Once students have transitioned to the coding table and start programming the robots, Seim added, a video tutorial precedes each session.

“They are given tasks to accomplish, which get more demanding,” the teacher explained.

A variety of standards are embedded in the Acellus program, she added, including language arts, math, science and social skills. The program fosters critical thinking and creativity, she noted.

“There is also a lot of collaboration as they work with each other. They pretty much take care of themselves. They are really into it,” Seim told Mattos Newspapers.

A motivation factor is involved as well, she acknowledged. Students who do well in other areas of instruction have more time at the coding tables.

She has seen math and reading scores improve since the Acellus STEM courseware was implemented, Seim added.

In Romero’s other third-grade classroom, teacher Margaret Loucks and her pupils were recently working to complete the lessons required to move to the coding tables and bring the robots to life.

“By the end of the year they will be coding with (the robots),” she reported during a mid-April campus visit by Mattos Newspapers.

“I’m learning along with the kids. We are problem-solving it together,” Loucks explained.

She described the program as a complete, independent curriculum which includes a gamut of on-line instructional sessions.

The value of putting STEM programs in the hands of students cannot be overstated, Loucks added.

“It is vital for them to know about technology in today’s world,” she remarked. “The jobs that we are preparing them for haven’t been invented yet. We have no idea what the future is going to look like, but they are going to need critical thinking and problem-solving skills.”

Principal Nicholas Freitas said the robots and coding tables have captured the interest of the third-graders.

“The coding program is exciting and engaging for the students,” he commented. “It is exciting to see them program the robot and make it move. Their faces light up.”

The Acellus technology will be part of the classroom environment for those students moving forward.

Units will be added at the fourth-grade level at Romero next year, and at the fifth-grade the following year, said Dr. Bryan Ballenger, district superintendent.

Each grade level will have a different robot which can be programmed for increasingly complex tasks, said Ballenger, adding that the overall program is designed to provide 10 years of coding, which takes students all the way through their senior year.

He said the district chose to pilot the program at Romero because it is a smaller environment with two classes per grade level.

If the program is successful, Ballenger said, the district will look at bringing Acellus STEM to Gustine Elementary and Gustine Middle School when the current third-graders advance to that site.

“We are super excited about the possibilities this brings our students,” Ballenger commented. “Not only are they getting core instruction throughout the day but they are able to expand their learning through hands-on, real-world applications.”