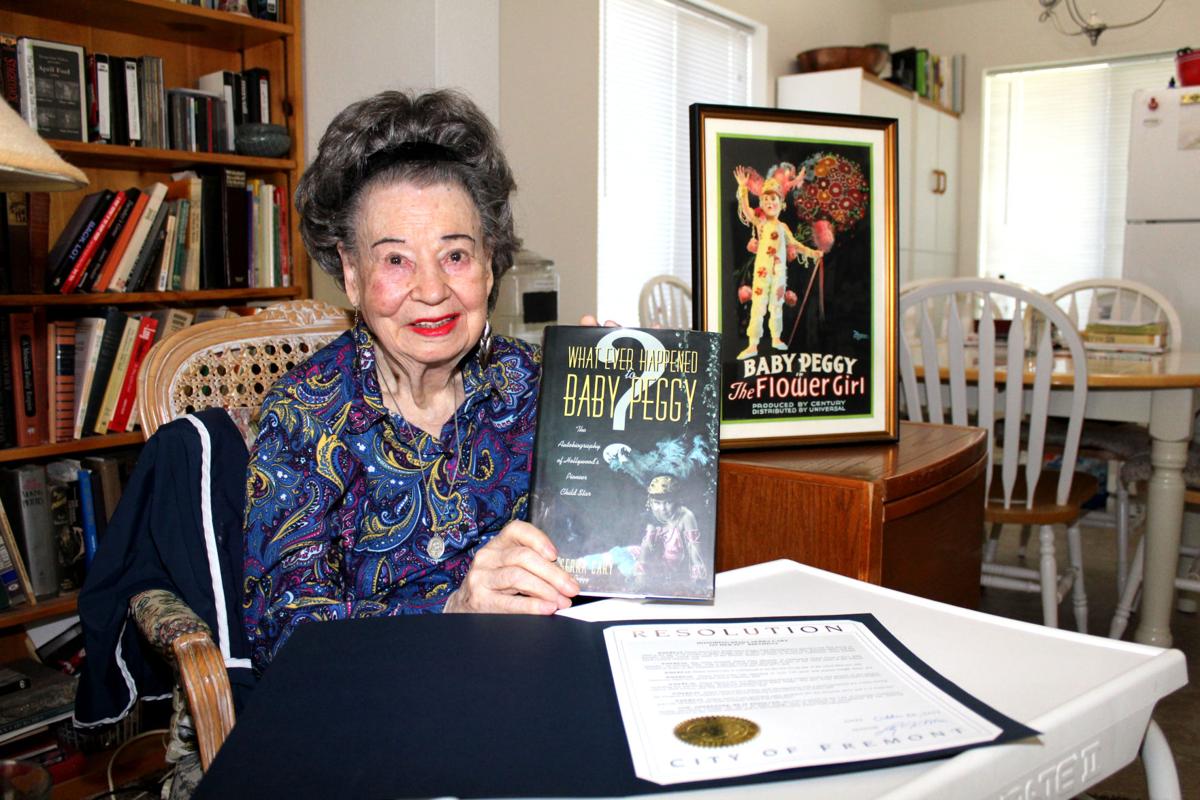 Diana Serra Cary is pictured in her Gustine home with “Baby Peggy” memorabilia. 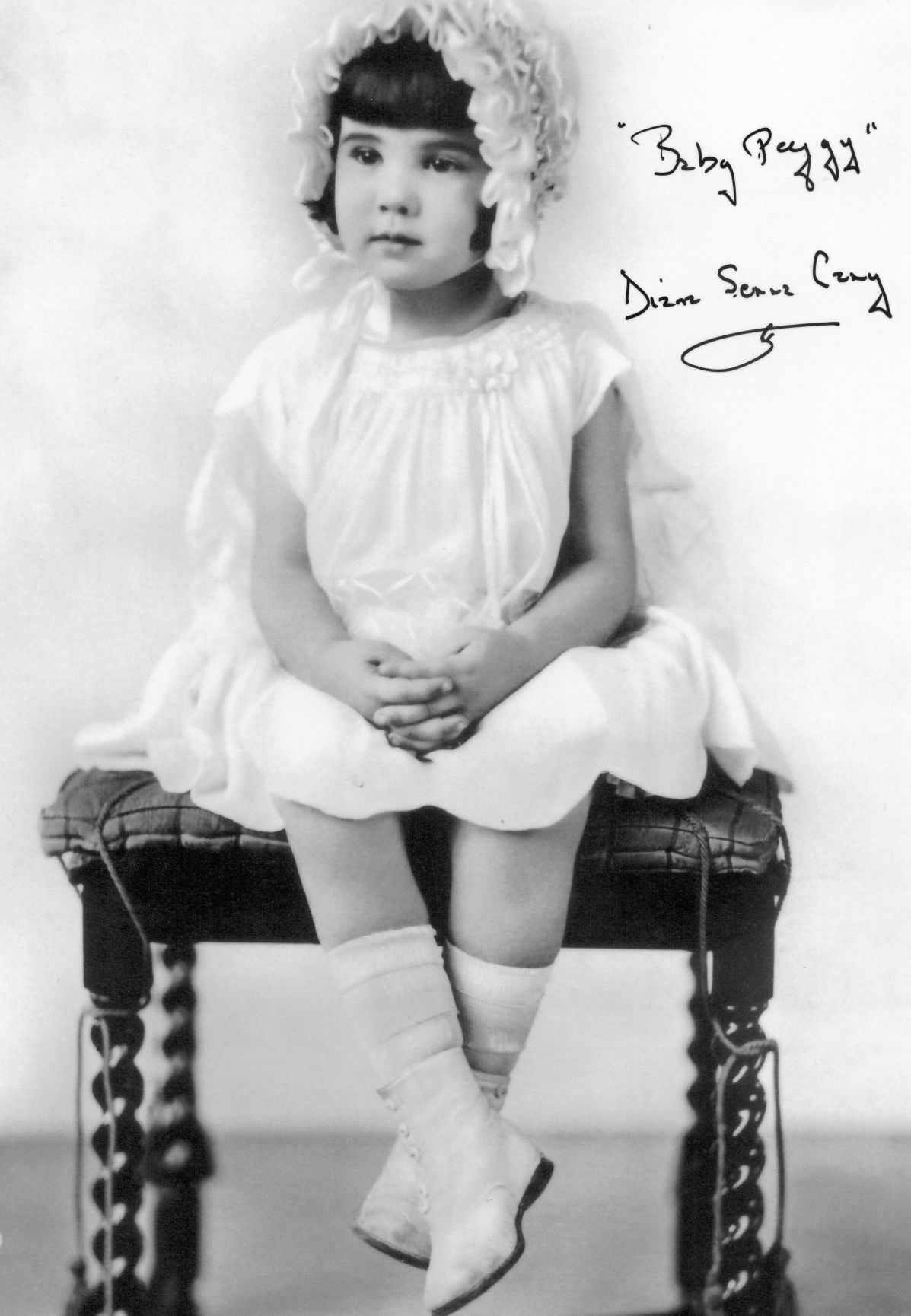 Diana Serra Cary is pictured in her Gustine home with “Baby Peggy” memorabilia.

GUSTINE - One of the brightest child stars of the silent film era, a West Side resident of nearly 20 years, turned 100 years of age Monday.

Diana Serra Cary, who rose to international fame as the well-known “Baby Peggy” character in dozens of silent films before the industry transitioned to talking movies in the 1920s, is known as the last living silent film star.

Her story is not only one of Hollywood success but of the darker side of the industry at the time, with stars taken advantage of by unscrupulous producers and the fleeting nature of Hollywood wealth.

Cary recently looked back on her life and fame from the comfort of her Gustine home.

Becoming a child star, she told Mattos Newspapers, was largely the result of happenstance rather than calculated planning.

“So much of what happened to me just happened. Nobody was guiding my career,” Cary reflected.

A visit to a movie studio vaulted her into stardom in 1920, when Cary was 20 months old.

A director walked by where she was sitting, awaiting her mother’s return, and struck up a conversation.

“He became very interested in me, and wanted to put me under contract,” she related.

Her father took her over to the studio to make arrangements.

“Since I was so obedient and did everything right, they hired me right there and put me under contract for six months,” Cary told Mattos Newspapers. “I was the youngest child who had ever been under contract.”

She was paid $75 a week appearing in short two-reel comedies, and fast became famous.

“I was everywhere. I got loads of publicity,” Cary said. She appeared for a time with a dog known as Brownie, who also earned $75 a week.

“We were a good team. I worked with him in these comedies, and then I took over and they became Baby Peggy comedies,” she noted.

Cary went on to be under contract to Universal Studios, and was featured in three of its full-length films. She was making $12,000 a week doing the feature films.

But she also experienced a darker side of the industry, Cary said, including a run-in with an unscrupulous producer promising her a $1 million picture.

She was never paid.

“When you have any degree of fame, somebody will find a way to exploit you,” Cary remarked, adding that exploitation was not uncommon in the era.

In all, Cary said, she made about 50 short, two-reel comedies and appeared in seven or eight feature films.

But the demise of the silent film era cut short her career.

“Talkies” were the new thing by 1927, Cary recalled, and the stars of the silent era were often relegated to seeking work as movie extras.

“The talkies came in because radio became so popular,” she explained. “People wanted to hear everything; they wanted sound.”

As a result, Cary said, “when I was 7 I was finished. My career was over but the publicity hung on and I had to live up to this image. I was treated as a celebrity, which is no great fun. It was a lot of work.”

She moved on to the vaudeville circuit for a time, but that era too soon came to an end.

“It was dying, and I died with it,” Cary related.

Still, she said, by the time she was 10 years old she had earned $2 million.

The money, though, did not last.

“My parents spent it as they went along,” Cary said. “They didn’t have any idea of saving money. Nobody knew anything about that kind of money.”

There was enough left over for the family to purchase a dude ranch in Colorado, her son Mark Cary said, but that was lost in the stock market crash and the Great Depression.

Cary’s fame also came at the expense of her education.

She did not begin formal schooling until she was 12, and was never able to pursue a college education.

Cary went on to pursue a number of interests. She had a greeting card company in New Mexico for a time, was a telephone operator in Carmel, and was a book seller for 35 years, including 20 at UC San Diego.

“I loved the book-selling. I worked with academic people at San Diego,” she commented. “The world that I wanted was the world I couldn’t get into, but I was successful there.”

She has also written a number of books, including an autobiography entitled “Whatever Happened to Baby Peggy?” and “Hollywood’s Children: An Inside Account of the Child Star Era, “ a non-fiction book sharing the stories of many child stars.

Despite her fame, Cary suggests, the life she ultimately wanted eluded her.

“I have dabbled in a thousand things, not because I was a dabbler but because I couldn’t get my teeth into anything because I wasn’t educated,” she told Mattos Newspapers. “If I had been able to go to college everything would have been different.”

Editor’s note: Cary and her son have encountered financial difficulties in recent years. A gofundme account has been set up to help cover caregiver expenses.