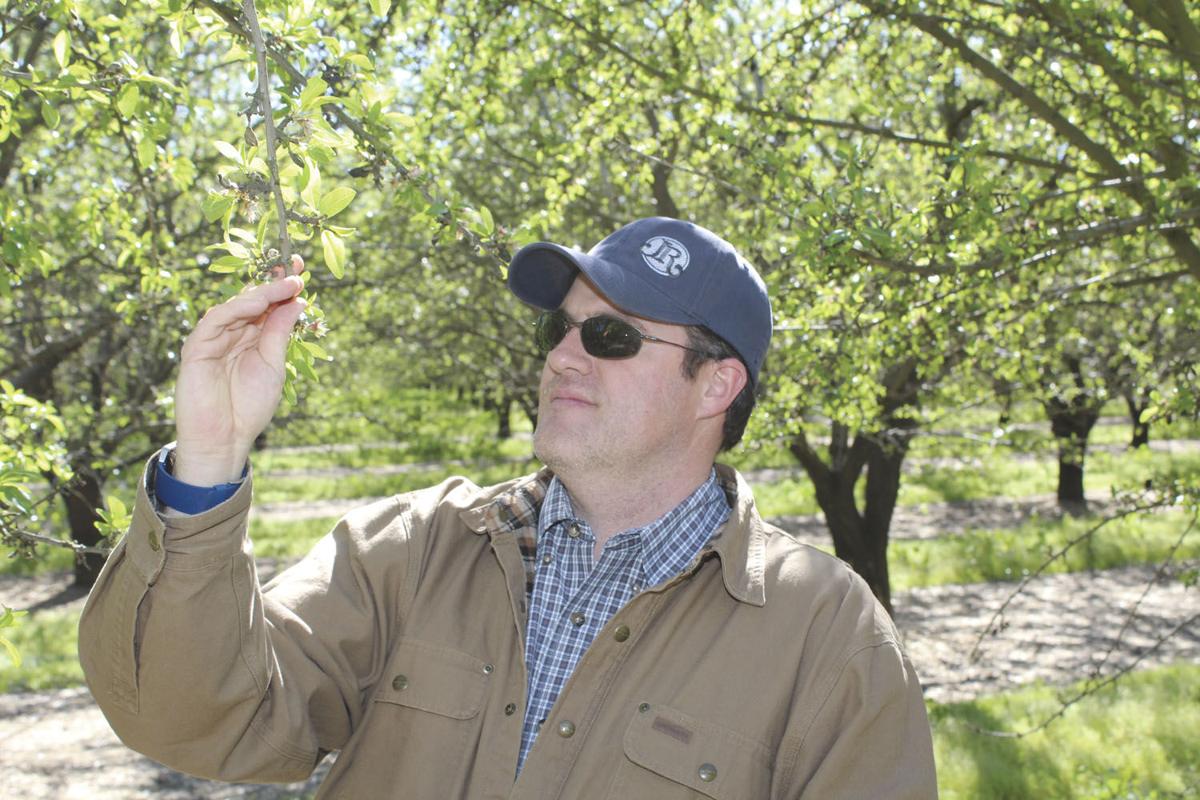 Jason Jasper checks the development of nuts on an almond tree. A fraction of the almonds in Stewart & Jasper orchards are harvested green for consumption in a niche market. The green almonds are popular in high-end restaurants and among celebrity chefs. 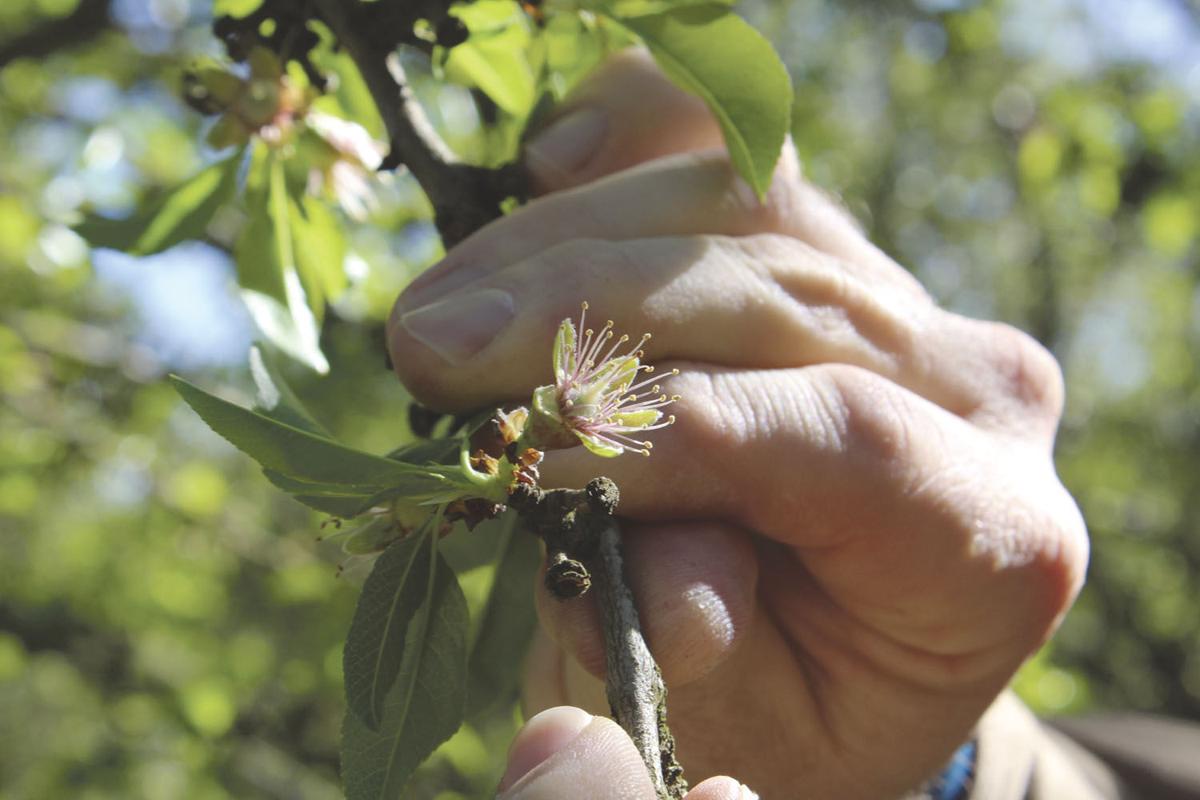 Tiny green almonds are considered a delicacy in some circles.

Jason Jasper checks the development of nuts on an almond tree. A fraction of the almonds in Stewart & Jasper orchards are harvested green for consumption in a niche market. The green almonds are popular in high-end restaurants and among celebrity chefs.

Tiny green almonds are considered a delicacy in some circles.

NEWMAN - The almond as most know and love is a ubiquitous, versatile nut featured in countless recipes, candies and snack forms.

But long before the familiar late-summer harvest ritual begins in West Side orchards, a relatively small volume of almonds in the early stages of development are hand-picked at Stewart & Jasper and shipped to celebrity chefs, upscale restaurants and private connoisseurs with a taste for green almonds.

The niche-market delicacy has a limited but loyal following who incorporate green almonds into a variety of recipes, explained Jason Jasper, company vice president.

Jasper said he first became aware of the potential for a green almond market about 12 years ago, when renowned dessert chef and food author Priscilla Martel inquired about the company’s interest in supplying chefs with the product.

“My first reaction was ‘What are you going to do with green almonds?’,” Jasper acknowledged.

But as he researched the product, he learned the green almonds are a Mediterranean delicacy which were often soaked in a brine or in milk, rolled in sea salt and eaten.

The green almonds are also featured in a wide variety of recipes, from soups and salads to main courses and desserts.

“A lot of Mediterranean people remember them as kids but haven’t had them for years,” Jasper explained. “We have quite a following.”

He said green almonds have been described as having a grape-like texture with a fresh flavor similar to that of cucumber.

Green almonds are, quite literally, just that.

Jasper said that green almonds are available for about an eight-week period in early spring.

The earliest green almonds picked are in a gelatinous state and can be consumed whole - hull included. Jasper anticipates almonds in Stewart & Jasper orchards will begin reaching that stage around April 1.

During the second stage, the kernel has firmed up and the hull must be peeled away. The firmer variety is most popular among the followers of green almonds, Jasper told Mattos Newspapers.

“There is probably about a four-week window for each of those stages,” he explained. “The latest we ship the firm ones is usually the first week of June.”

The green almonds are picked to meet demand.

Like cherries, the green almonds are picked and processed by hand. The procedure includes cleaning the almonds and removing any leaves and packing them in clam shell containers which are then wrapped in ice and shipped by second-day air.

“We will pick that morning, and clean, pack and ship them the same day,” Jasper said. “The consumers are very conscious of quality, so we take extra steps to package them properly.”

The process is not without its challenges.

“It is very labor intensive. We may try to go to younger orchards (to harvest) because they are not having to reach up,” he explained. “If we have applied any spray, those are off-limits. We do have organic orchards, so we can go to those if we need to.”

Many of the green almonds are bound for the kitchens of celebrity chefs and upscale restaurants across the nation - with most going to the East Coast.

“We found our niche by focusing on the Midwest and East Coast, and catering to these upscale restaurants where they are willing to spend a little more to get the high quality,” Jasper told Mattos Newspapers. “We have also sold to upscale markets.”

Green almonds from Stewart & Jasper were in Trader Joe’s stores for a time, he said, but did not catch on. “They did not educate the consumer,” Jasper said.

The green almonds have landed on the plates of world leaders.

When Queen Elizabeth visited the United States, Jasper said by way of example, the executive chef of her Washington, D.C., hotel ordered green almonds for a specific dish he was making for the occasion.

Jasper said the company typically ships 5,000 to 6,000 pounds of green almonds each year.

The amount of almonds picked green is minuscule compared to the overall production, he added, and does not make a dent in the annual yield of mature nuts.

But the product does draw attention to Stewart & Jasper and the various lines offered by the company.

“It is an attention-getter that can lead to increased demand for other products,” he remarked. “I think we will definitely continue to do it. There is enough interest that we would never stop selling them.”