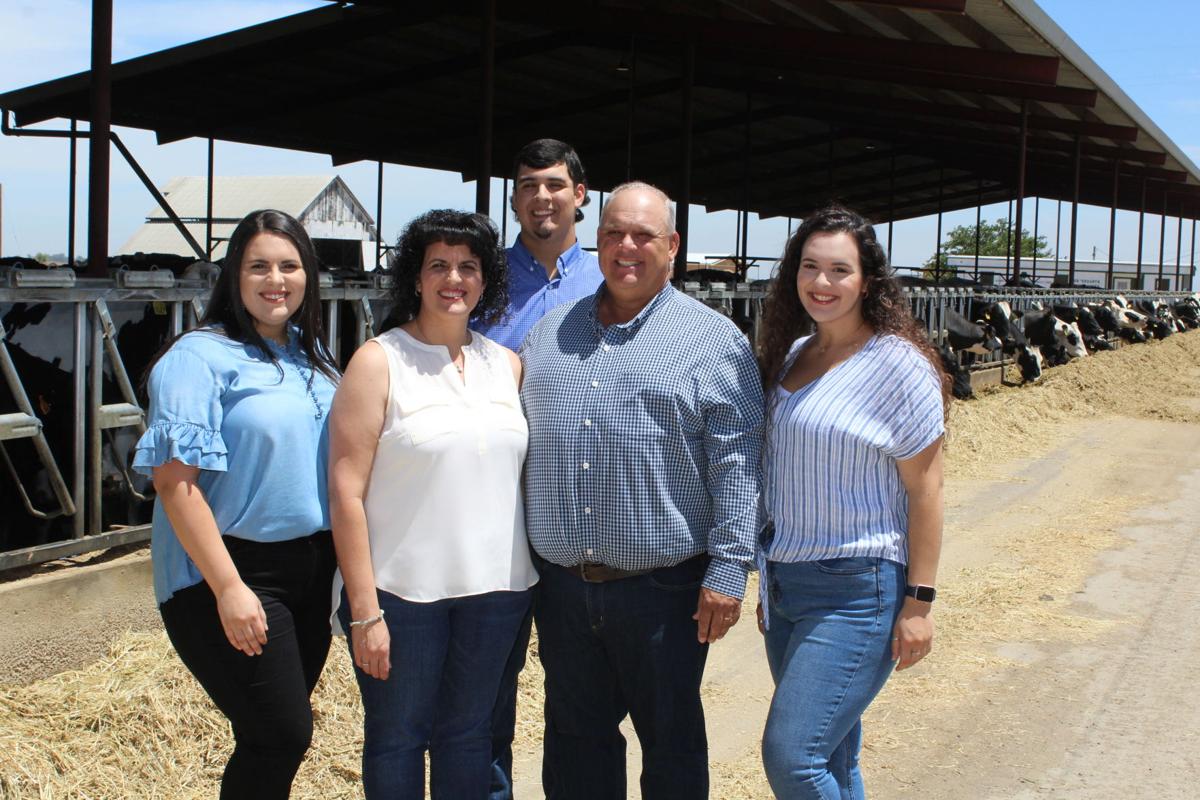 Dairy has been a family lifestyle for the Tostes of rural Newman. John and Sandra Toste are pictured with their children, from left, Makayla,

John Jr. and Adriana - all of whom share their parents’ passion for the dairy industry. 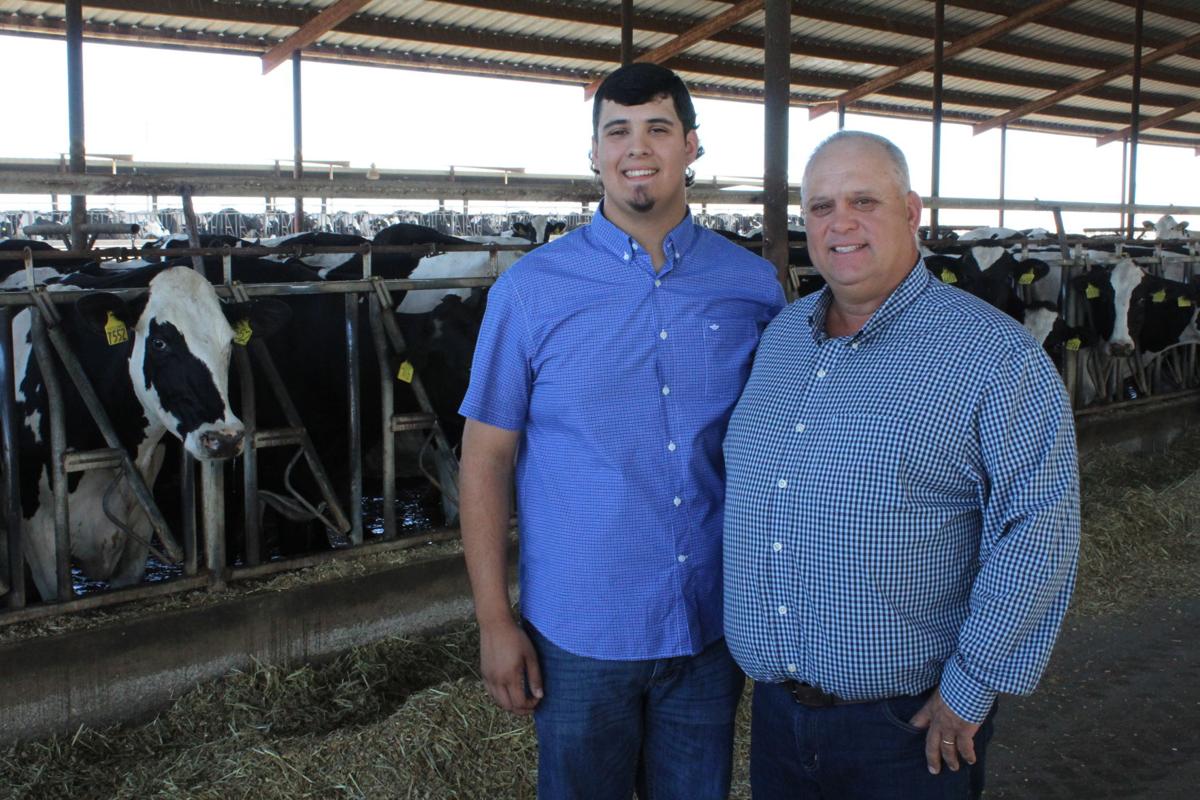 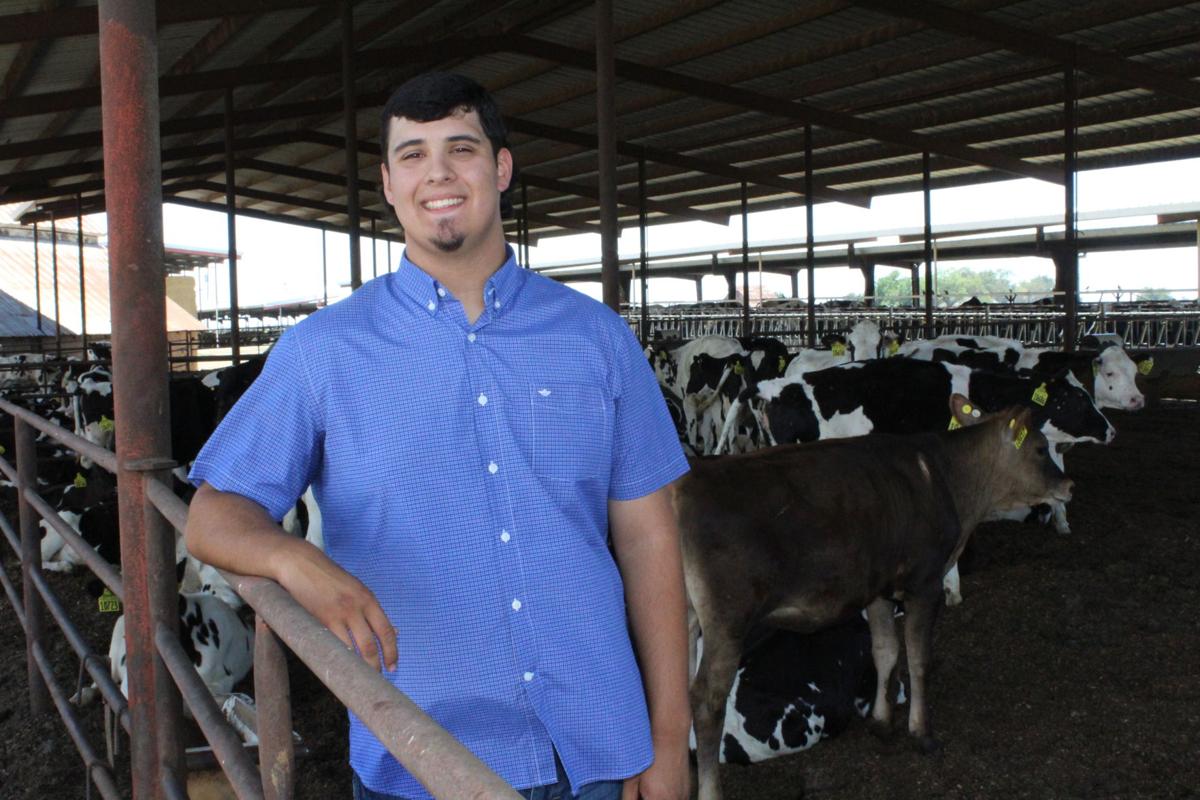 John Toste Jr., a 2020 graduate of Gustine High, plans to attend Modesto Junior College and join his parents on the family dairy.

Dairy has been a family lifestyle for the Tostes of rural Newman. John and Sandra Toste are pictured with their children, from left, Makayla,

John Jr. and Adriana - all of whom share their parents’ passion for the dairy industry.

John Toste Jr., a 2020 graduate of Gustine High, plans to attend Modesto Junior College and join his parents on the family dairy.

NEWMAN - A family dairy which moved to its current Santa Fe Grade Road facility more than 20 years ago has seen steady growth and gains.

Today, the dairy of John and Sandra Toste milks 1,350 cows twice a day - a far cry from the 49-cow dairy which represented John’s entry into the business in the late 1980s.

“You worked hard, but at the end of the month you saw a profit that you could invest back into your business,” he said of his start in the business during a 2011 interview with Mattos Newspapers.

When the Tostes married in 1994, John had a 300-cow dairy in the Crows Landing area. When that number grew to 500 cows in 1999, it was time to search for a new home - and the Tostes made the move to their current facilities.

Through the years they have improved and expanded the facilities, and added land to support the growing herd.

That herd expanded well beyond what the Tostes had envisioned.

“When we moved to this place there was capacity for 800 cows,” John recalled. “I remember saying, ‘when are we ever going to fill this place up?’ This is far beyond my expectations.”

Along the way, they raised their three children - Makayla, Adriana and John Jr. - all of whom share their parents’ passion for the dairy industry.

Makayla is currently working in a USDA position, Adriana will be a senior at Oklahoma State University (and is on the school’s dairy judging team) and John Jr., who recently graduated Gustine High, plans to study dairy science at Modesto Junior College and come back to the family dairy.

In their years as dairy producers, the Tostes have experienced the highs and lows of the industry, ranging from the devastating collapse of milk prices in 2009 to the record highs of 2014.

Sound management, with a premium placed on production and efficiency, has helped the family dairy weather the downturns and maximize returns during better times.

“We have always been conservative and efficient. That is what gets us through this,” John reflected. “When times are good, you have to save for the bad times.”

A variety of improvements have translated into greater production over the years.

John said that, daily production of seven to seven and one-half gallons of milk per cow was considered strong. Now, he said, production runs nine gallons per day.

“If you want to maximize production, especially in the times that we have gone through, cow comfort is a key,” he said. Installing soakers seven or eight years ago was a significant improvement in cow comfort, John added. The temperature regulated soakers run more frequently as the mercury rises, helping keep the cows cool.

During extended periods of hot weather, John said, daily production could drop by a gallon of milk or more without such measures. As it is, production suffers somewhat during hot weather but keeping cows as comfortable as possible minimizes the loss.

Genetics are another key consideration.

“You want to breed for production, but still have positive fat content in that cow’s milk (to bring a higher price),” John explained.

John Jr. selects the bulls used in the dairy’s breeding program. He said he considers a variety of factors, including production, daughter pregnancy rate and structure.

“I look for results from the daughter. If they continue to do well for us, we continue to use them. If not, we like to switch it up a little,” he stated.

Technology has put a wealth of information at the fingertips of dairy producers, John added, allowing them to more efficiently manage each animal.

Twenty years ago, information for each cow was recorded on a card. Today, a computer program contains information ranging from production and fat content to number of lactations and health for each animal.

That also allows for ready comparisons from one generation of cow to the next.

“If you are doing things right, the daughter should be better than the mother in terms of production,” John stated.

For all the technology, however, dairy producers must also simply know their animals.

“You still have to be a cow man, at the end of the day. You have to have a passion for the cattle,” said John. “Sometimes you don’t have to look at a computer to tell when a cow is not being productive for you.”

The Tostes increase their efficiency by growing about half of the corn and wheat needed on the dairy.

“We have purchased more ground here in the last couple of years that was next to ours,” John said.

While John and John Jr. oversee the operation in the barns and fields, Sandra manages the accounting, compliance reports and vast paperwork that goes with running a modern dairy.

Despite the ups and downs, the work and commitment involved, the Tostes embrace dairy and the family lifestyle it has provided.

“You may have had a long day, but you have your son next to you the whole time, that makes you want to go forward,” John said. “We’re all working for the same thing. That makes it all worth it.”

“You have to love it,” Sandra said of being a dairy family.

John said he is comfortable with the current herd size but nonetheless has been going through the process of being permitted to grow larger.

“That is for the next generation,” he explained. “If they want to grow, they have the foundation for it.”