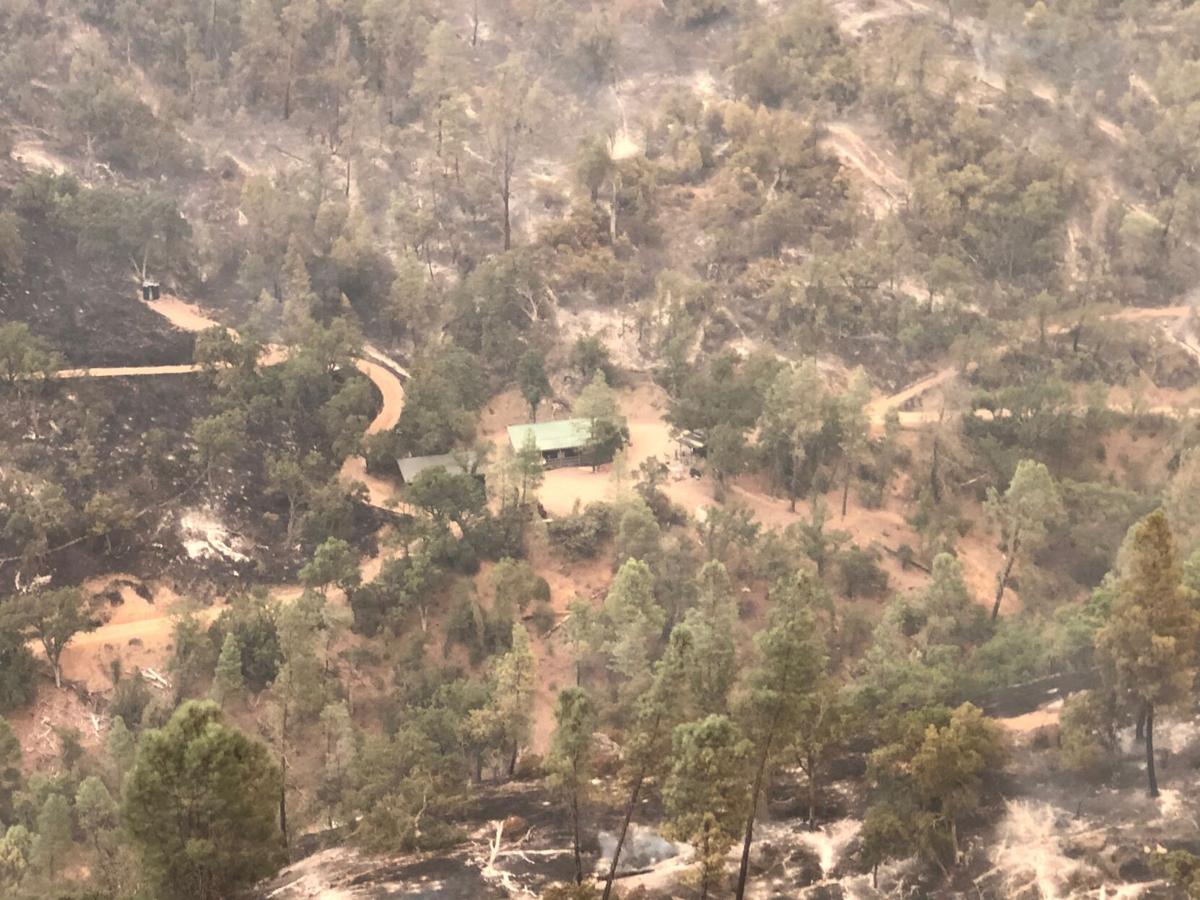 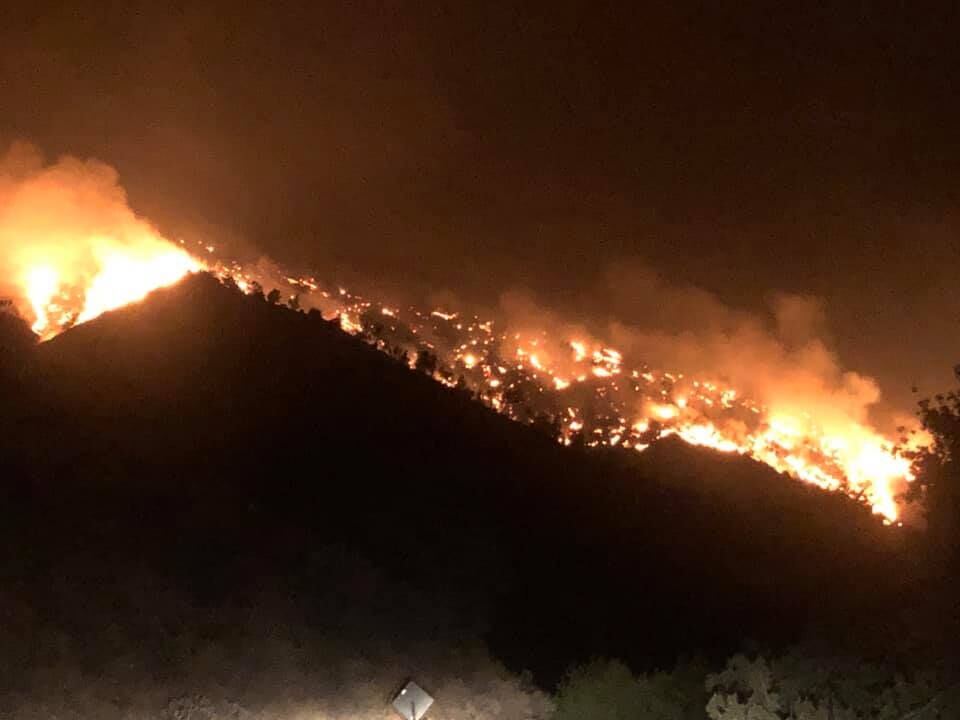 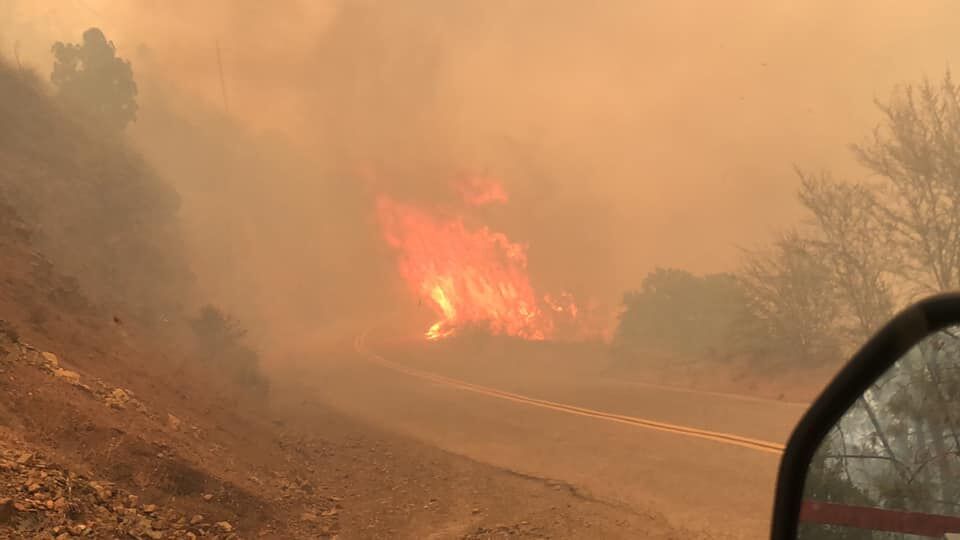 Fires continue to rage across the hills and canyons of the coastal mountain range, forcing evacuations and reportedly burning structures in the remote upper ranges.

The SCU Lightning Fire Complex, which includes the Canyon Fire which started in Del Puerto Canyon Sunday morning, grew in size from 102,000 acres Wednesday to more than 137,000 acres Thursday morning. The Canyon Fire Zone is the largest of the three fire zones which comprise the SCU Lightning Fire Complex. The fires, burning through rugged, often inaccessible terrain, were reported to be only 5 percent contained.

An evacuation warning has also been issued for those west of Interstate 5 south of the parkway and Diablo Grande to the Stanislaus/Merced county line.

Del Puerto Canyon was evacuated earlier in the week.

Stanislaus County Sheriff Jeff Dirkse reported via Facebook post Wednesday evening after flying over Del Puerto Canyon that 12 structures in the canyon appear to have been destroyed.

He posted that several individuals from a location well off Del Puerto Canyon Road were found on the  roadway with burns Tuesday afternoon and evacuated for treatment.

The coastal range is home to many hunting cabins and working ranches. There were unconfirmed reports Thursday of numerous cabins and outbuildings lost to the fires.

By the time Graham returned to San Antonio Valley Monday evening, he shared, the fire was raging on both sides of the roadway.

"It was unbelievable, the amount that the fire had grown and moved," Graham shared. "It was just ripping. We have had fires up here, but nothing like this. The fire was hot and raging, and there was no support up there."

Graham said he saw a hand crew working while escorting his mother down Monday, and the same crew again when returning to San Antonio Valley that evening. He also saw a fire engine during one of his trips to the hills, Graham said, but did not see any air support until Tuesday afternoon and saw no strike teams until Wednesday.

Graham and a brother-in-law worked around his mother's property Tuesday to safeguard it as best they could, including hooking up a generator to be able to run the well for sprinklers.

He came home Tuesday night, only to get a 4 a.m. phone call Wednesday from a friend whose parents needed help protecting their San Antonio Valley home.

Graham said he helped that family make a successful stand against the wildfire to save their home, fighting the fire all the way around a ridge. A fire crew arrived, Graham related, and when the home was safe he took the strike team over to another rancher's home that was next in the path of the flames.

"They showed up just in time," he said of the strike team. "When they showed up, they did a great job."

Graham then returned to his mother's home as the fire approached, he said.

Her home was saved.

"The wind was in our favor. It kind of horseshoed the fire around us," Graham told Mattos Newspapers.

Others were not as fortunate.

"There are a lot of houses, a lot of outbuildings that were damaged," he commented.

A cabin owned by Anthony Parreira of Gustine and partners was also spared the flames.

The owners clear the area around the cabin every year of anything which might provide fuel for a fire, he said, and as the fire broke out earlier this week partners began bulldozing fire lines to direct the flames away.

Parreira said winds drove the fire past the cabin, located on the Orestimba Creek, southwest of Diablo Grande and adjacent to Henry Coe Park, Tuesday night or Wednesday morning.

"If we had not cleared, it would have burned," Parreira said. "We did everything we could. We're one of the lucky ones."

Diablo Grande evacuees, meanwhile, Thursday morning were awaiting word on when they could return home.

Among them were Janice Conforti and Randy Fillpot.

Conforti said "it sounds like the houses are okay. We heard that (firefighters) would do everything they could to protect everything."

Conforti said she and her husband evacuated to a Patterson hotel Wednesday afternoon, arriving in time to get the last available room.

Conforti said she was anxious to see for herself that her home is intact.

"We built that home with our hearts. It was built for us," she shared.

Still, Conforti reflected, the most important thing was being safe.

The unknown is one of the most stressful aspects of the fire situation and evacuation, Fillpot and Conforti said Thursday morning.

"It is not knowing how long it is going to be burning, and where it is going," Fillpot commented.

As a golf course community, he added, "you we have a lot of green grass between us and tall (dry) grass. I'm counting on that to protect our homes," he said.

Fillpot said that, upon returning home Tuesday night, he saw equipment operators widening the fire breaks on ridges in the community.

"They are actively involved in protecting the community," he commented.

Firefighters are battling not only rugged terrain but winds, low humidity and high temperatures as they try to control the blazes.

A fire behavior analyst with Cal Fire reported Thursday morning that a number of factors have hampered the efforts of firefighters to contain the blazes. The fires have a spotting distance of up to three quarters of a mile (meaning that embers which may start new fires can be carried that distance), the fires have a fast rate of spread and relative humidity has remained low even through the nighttime hours, allowing the fire to continue burning actively.

An air quality alert has been issued by the San Joaquin Valley Air Pollution Control District as wildfire smoke blankets the valley and ash falls from the sky. As of  early Thursday afternoon, the district website showed fine particulate matter in Newman skyrocketing to nearly 146 micrograms per cubic meter of air, well over the Level 5 threshold of 75 micrograms at which outdoor activity should be avoided. The air pollution control district emphasizes that larger particles such as ash may not be detected in monitoring stations, and urge residents to consider air quality unhealthy at any time they can smell smoke or see ash falling.