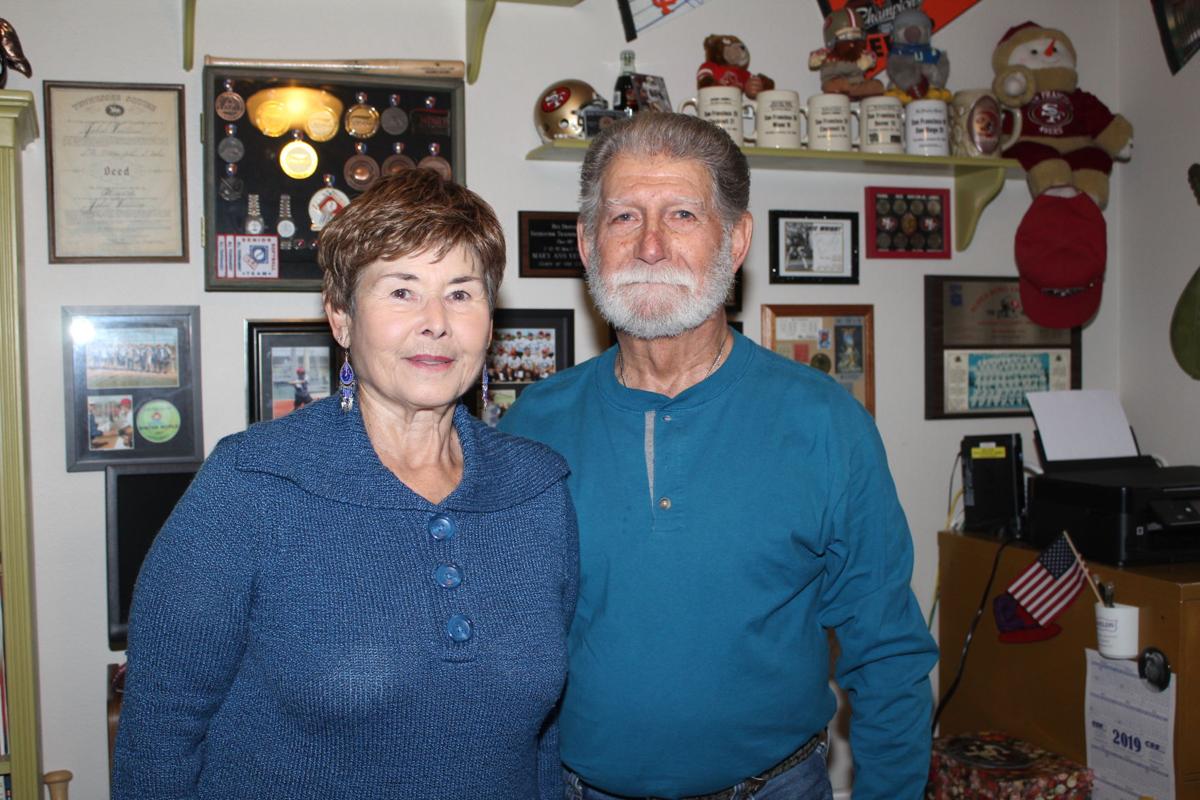 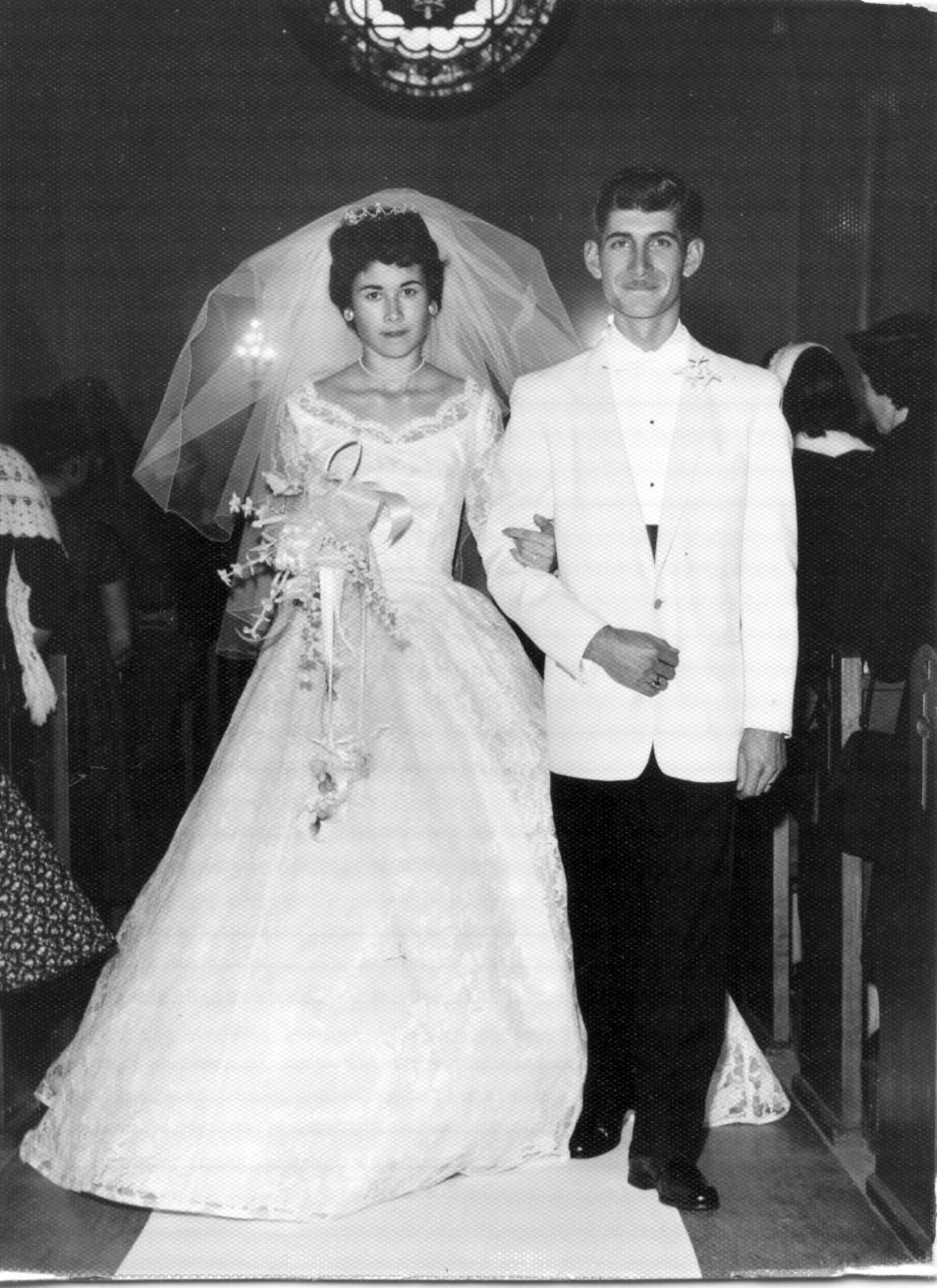 On this Valentine’s Day, Mattos Newspapers is featuring several West Side couples. Gustine residents John and Mary Ann Ventura are among those sharing their stories. They recently celebrated their 60th anniversary. An additional story, featuring Newman residents Ed and Patty Brooks, can be found on page A2.

GUSTINE - Life together has been a 60-year adventure for John and Mary Ann Ventura.

Through those decades, they have raised their own family, welcomed grandchildren and great-grandchildren, pursued business interests and collected a lifetime of memories as they traveled the nation and beyond.

The Venturas, who recently celebrated their 60th wedding anniversary surrounded by family, were a year apart as they went through local schools.

They knew each other while attending Gustine High, but were not involved until a meeting at the Our Lady of Miracles Celebration sparked their interest.

“When we first started going out, I was a senior and he was one year out of high school,” Mary Ann related. “I knew him in high school and watched him play sports, which I have been doing for 62 years. He is still playing (fast-pitch) softball. We just got back from a Palm Springs tournament.”

In their early days, the couple enjoyed going to movies - but the baseball and softball diamonds of the valley was where they were often together.

“She followed me to every baseball park I went to,” John shared. “Sundays was baseball, and during the week was softball. There was a lot of ball played in those times. You would play up and down the valley.”

Romance blossomed, and less than a year after Mary Ann graduated high school they exchanged wedding vows at the old Holy Ghost Church.

There was one requirement that had to be fulfilled first, though.

“In those days, you asked the father (for his daughter’s hand in marriage). I told John he was going to have to do that....he was so nervous, but he did it, because that was what was done at the time,” Mary Ann explained.

Through the years that followed, the Venturas have not only been husband and wife, mother and father, but best friends as well.

Family has always been at the center of their lives.

The couple had four sons, and now has nine grandchildren, six great-grandchildren and another on the way.

Their journey has not been without hardship, however, as they lost one of their sons as an adult after a long illness.

While that was a difficult chapter in their lives, Mary Ann reflected, “I think it brought us closer.”

Family considerations also played into her career choice in the couple’s earlier years.

Mary Ann went to work as a bus driver and later became transportation director for the Gustine Unified School District, a career which spanned 35 years.

“I got into bus driving because I had four boys,” she explained. “You’re off when the kids were off. It was pretty ideal.”

The couple also briefly owned a bar, and a restaurant as well, and John worked at several jobs before operating a muffler shop in Newman for many years.

Along the way, the couple has traveled extensively, often for baseball or softball tournaments but also just for the sake of traveling.

Though they have a travel trailer in which they have traveled across the country, many of their trips, including one to Alaska, have been on a motorcycle.

“All that mileage has been with me on the back,” Mary Ann said.

Along the way, the couple has visited national parks, navigated the rapids in the Grand Canyon, gone skydiving and para-sailed, among other adventures.

Their destinations have ranged from back trails of parks to Super Bowl stadiums....and almost every imaginable site in between.

“We have done a lot and seen a lot,” Mary Ann reflected. “My one wish was to go to Graceland, which we did, and to go to Tupelo, where (Elvis) was born. He has gone to his football and baseball hall of fames, and I went to my tennis hall of fame.”

Often, the Venturas traveled by themselves, to avoid being tied to the itinerary or interests of other parties.

“We did some trips with other people, and you spend half the day deciding what you are going to do,” John said. “We don’t have to worry about anybody else’s time.”

“We like to travel alone, just the two of us,” added Mary Ann. “We have left for as long as three months at a time.”

They genuinely enjoy one another’s company, one of the secrets of their lasting marriage.

“You have to be good friends,” John reflected. “Your spouse has to be your best friend.”

All the experiences they have enjoyed together, he added, “wouldn’t have meant anything without her.”