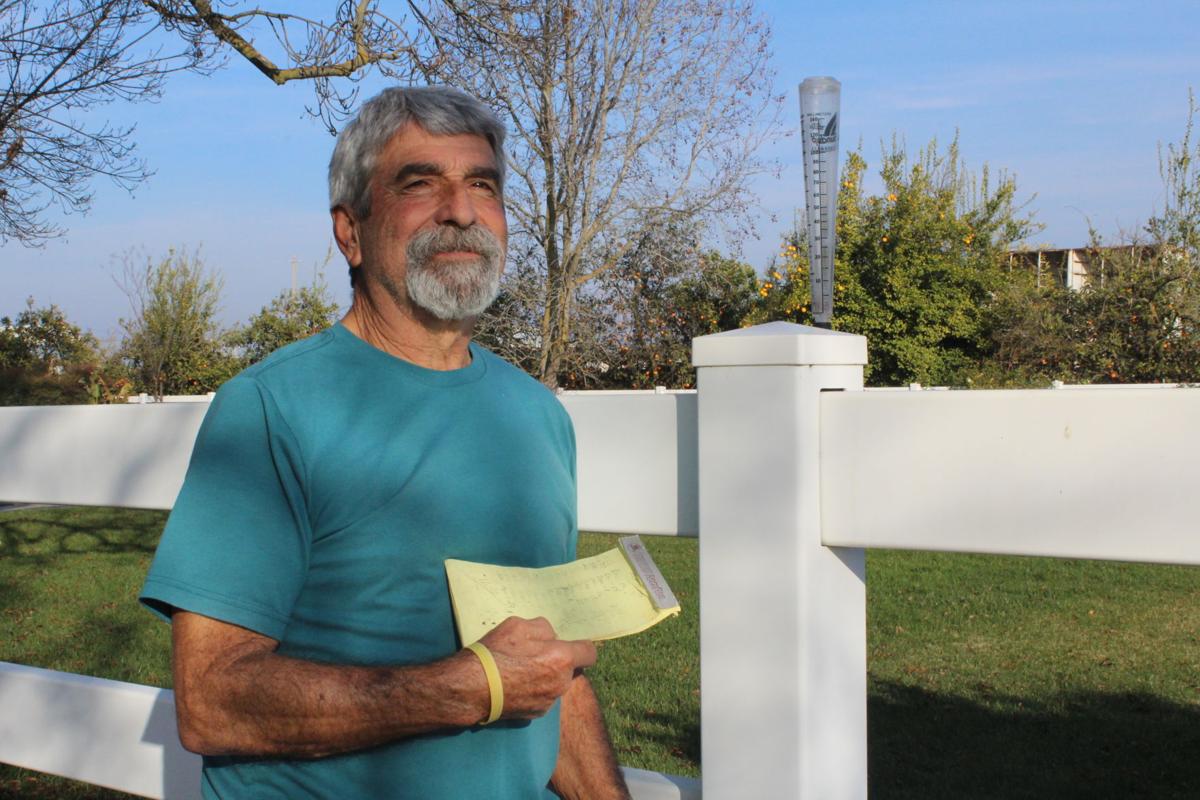 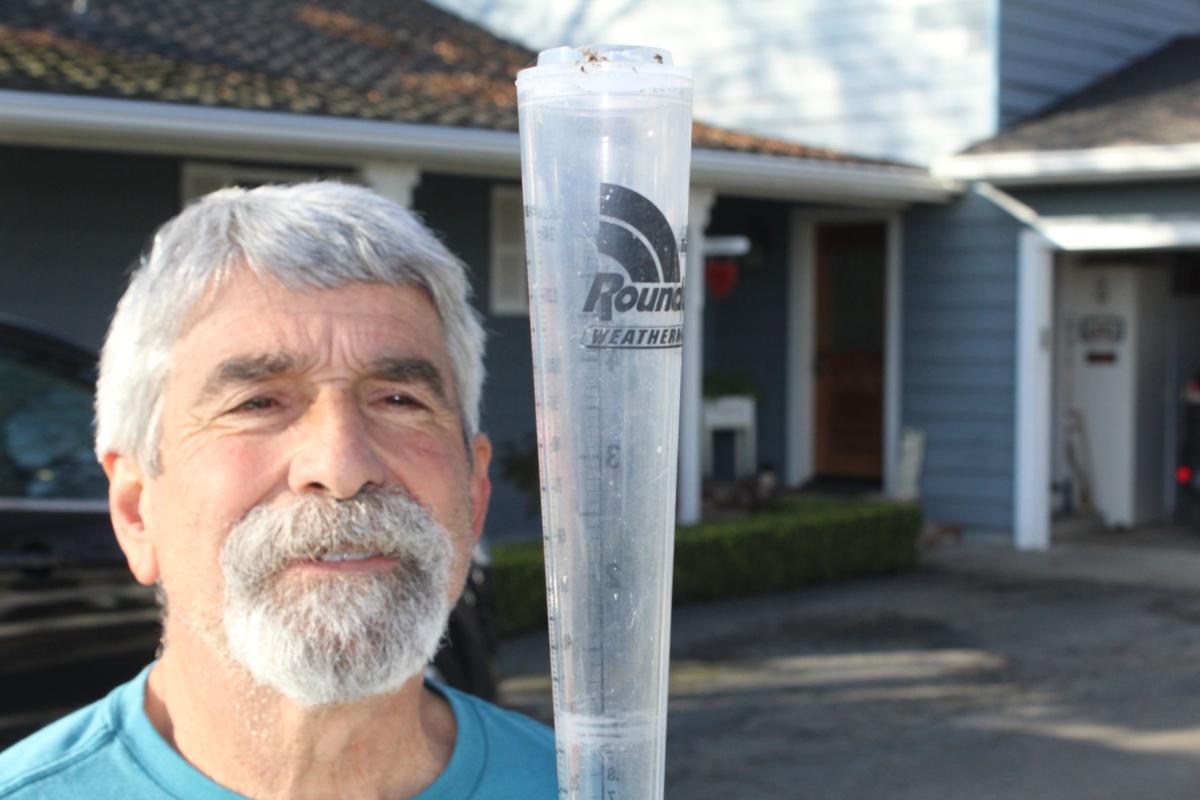 No fewer than six rain gauges can be found at the rural Gustine home of Tony and Diane Rocha.

No fewer than six rain gauges can be found at the rural Gustine home of Tony and Diane Rocha.

GUSTINE - With six rain gauges and a tablet on which he has documented precipitation back to the mid-1990s, Tony Rocha is one of the West Side’s foremost weather watchers.

Rocha has documented rainfall at his rural home east of Gustine since he and his wife Diane moved to the property in 1979, and his latest book chronicles the past 21 years of rainfall amounts.

“He has always had a rain gauge. A lot of people do,” said Diane, a retired Bonita School teacher, noting that following the weather is common and important in an agricultural area.

Some of the half dozen rain gauges have been given to Rocha, she added, while she has picked up others here and there.

“It is nothing fancy,” Rocha said of his rain gauges. “I still want to get one of those real fancy ones.”

Both were raised on local ranches, so following the weather was second nature.

Along the way, Rocha began not just measuring but documenting rainfall.....useful information to have, he said, and also a good conversation starter at the coffee shop or among his circle of friends.

“We always check with each other to see how much rain we got,” said Rocha, noting that rainfall amounts can vary widely within a close distance.

“Some of the guys with hill ground, it is amazing how much more rain they get up there than we do,” he said by way of example.

Even at his home place, Rocha noted, there can be differences in rainfall from one gauge to the next - particularly in downpours.

By the numbers, Rocha can tell you that over the past 21 years average annual rainfall at his place has been 12.30 inches. “I had always heard that it was between 9 and 11 inches for this area,” he said.

Heavier rains tend to skirt the immediate area, Rocha added, although that trend does not always hold true. In December, for example, Rocha recorded five inches of rain from a storm system that moved through the area.

He doesn’t just keep an eye on the local weather.

Rocha said he enjoys watching the nationwide weather on television, and is fascinated by how quickly conditions change in other parts of the country.

The Rochas have seen local weather patterns change over the years.

“As a child I can remember it rained a lot of times in September and October. Now we rarely get a September or October storm,” Diane Rocha noted.

“All the farmers are going later and later into the year,” Rocha added.

He follows the weather closely in part because he is an avid gardener. Weather and gardening, Rocha said, go hand in hand.

But ultimately, he said of his rain gauge hobby, “I just like to do it for fun. It is interesting.”

No two years are quite alike, added Rocha, who is a retired Avoset employee.

“Some years you only get a few readings,” he reflected. “On other years, you have a whole page full.”