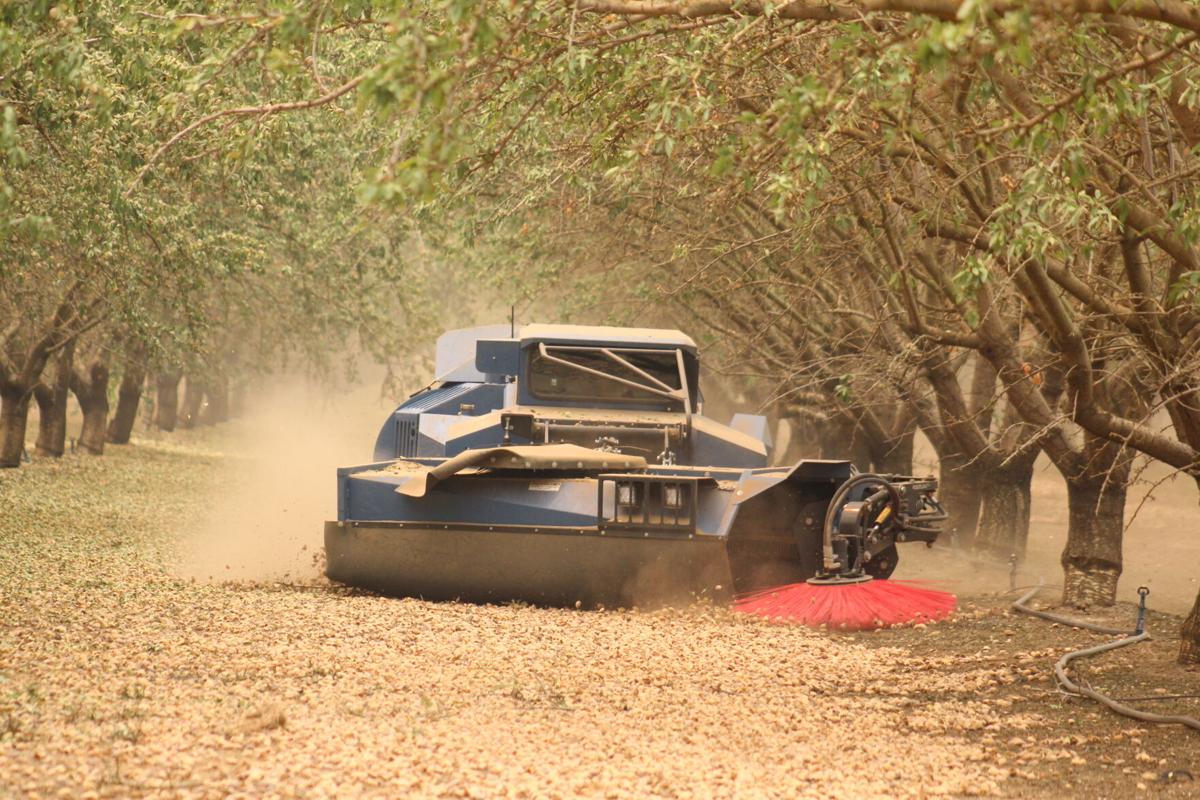 Almond harvest is going full bore in West Side orchards. Above, a machine operator sweeps almonds into neat rows to be picked up and transported to hullers. 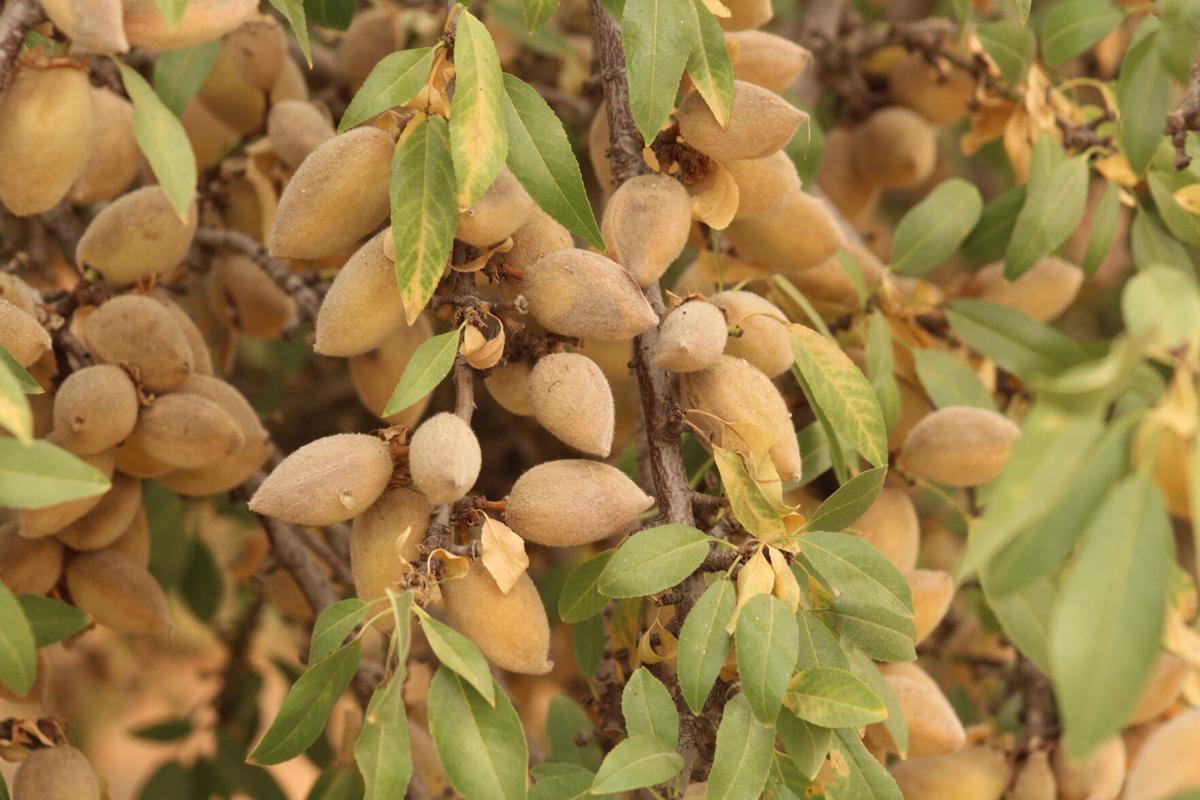 Trees in many West Side orchards are loaded with almonds. Growers report that a strong yield is again anticipated despite smaller nut sizes in many orchards.

Almond harvest is going full bore in West Side orchards. Above, a machine operator sweeps almonds into neat rows to be picked up and transported to hullers.

Trees in many West Side orchards are loaded with almonds. Growers report that a strong yield is again anticipated despite smaller nut sizes in many orchards.

The annual almond harvest is going full throttle, with the well-choreographed routine of shaking, sweeping and collecting the nuts playing out in orchards across the West Side.

He and other local growers said, though, that they do not expect California almond production to meet the 3 billion pound forecast which was based on ideal pollination weather during the crucial bloom and a continuing increase in almond acreage coming into production.

As the crop starts to come off the trees, growers indicated, it appears to be coming up short of the forecasts but still on record-setting pace.

“I don’t think the crop is going to be as big as the early projections,” said Mike Crinklaw, a manager for the Craven Farming Co. “Talking to different people, what we’re hearing is that the nut size isn’t that big and consequently we will be down from that projection.”

But, he emphasized, “it is still going to be a big crop, don’t get me wrong.”

Crinklaw said he believes that the 2020 crop will be larger than that of a year ago, perhaps by a significant margin.

Clay Groefsema, who manages a number of orchards in the Gustine area as well as farms in Waterford and the Stockton area, is also anticipating a strong crop this year.

“The younger trees should be better than last year,” he commented. “In Gustine, things look really good.”

While the trees are loaded with nuts, Groefsema added, he agrees that size is tending to be smaller.

“There are a lot of nuts,” he said. “They are just smaller in size, which will bring the weights down.”

Jasper, who is president of Stewart & Jasper, said that the statewide 2020 almond production may not hit the predicted 3 billion pound mark but will “definitely” eclipse last year’s record-setting 2.55 billion pound crop.

“It is less than expected but probably a little better than an average year. We’re seeing a little better production on the younger trees as opposed to the older orchards,” Jasper told Mattos Newspapers.

But, he cautioned, the harvest season is young and time will tell the true tale of 2020 yields.

“It is too early to make a blanket judgment,” Jasper said last week.

While the yields are seen as strong, prices paid to growers are a different story as they have dropped sharply from last year’s levels.

“I can’t remember the last time I have seen them this low,” he commented. “It is one of those years you just try to survive.” Many growers whose yields and production costs fall within the statewide averages “are going to be struggling this year,” Groefsema added.

Jasper suggested that growers are looking at prices somewhere in the $1 range for their commodity.

“At the prices for almonds that we see today, if the price level does not change drastically over the 2020-21 marketing year, growers will be seeing a reduction in returns of 30-35 percent from 2019,” Jasper commented.

Higher yields will temper the price downturn somewhat, Jasper said, but the lower prices could trigger a downturn in new plantings and and some trees being taken out of production.

“With prices going down like they have in the last six months there could be quite a few older orchards removed that are not quite paying their way,” he predicted.

And, Jasper said, water continues to be an issue for growers in federal districts such as the Del Puerto Water District in which he farms.

The district’s allocation this year was only 20 percent of a full supply, Jasper noted.

Some growers also had carryover supplies.

Additional water - but at higher prices than the surface water allocation - was available to Del Puerto growers through an innovative program which recycles treated wastewater from Modesto and Turlock, and from supplemental supplies purchased by the district. The supplemental supplies purchased on the open market are the most expensive option for growers, Jasper said.