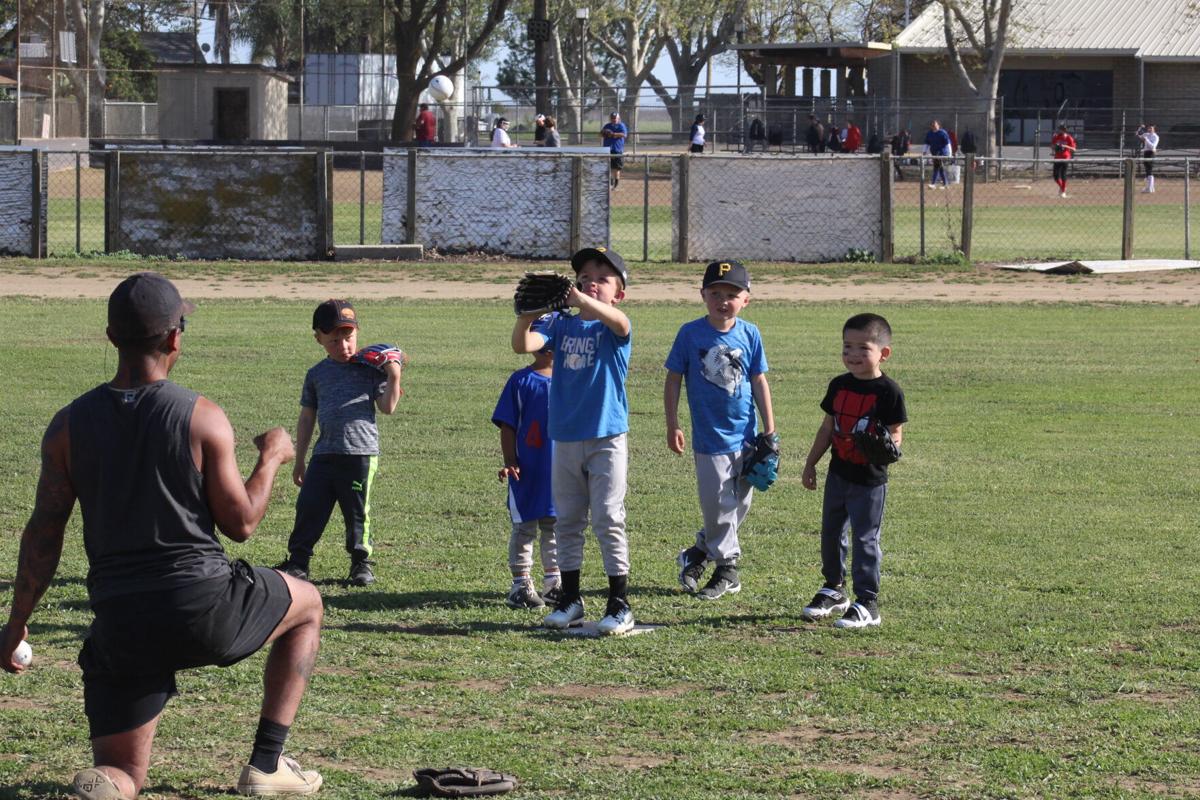 Youth baseball and softball players from Newman, Gustine and Crows Landing are practicing for the start of a new season. Above, members of a Crows Landing tee-ball team take part in a pre-season practice. 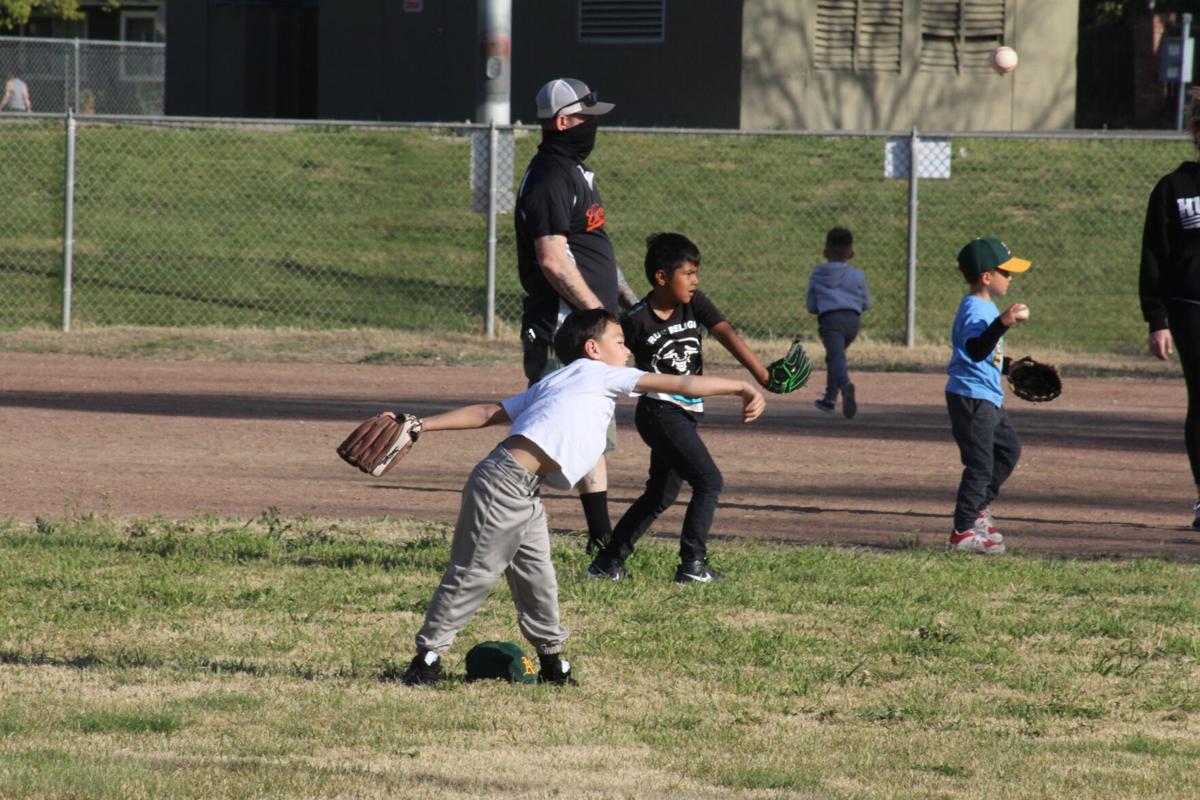 Gustine youth baseball players are preparing for the upcoming season. 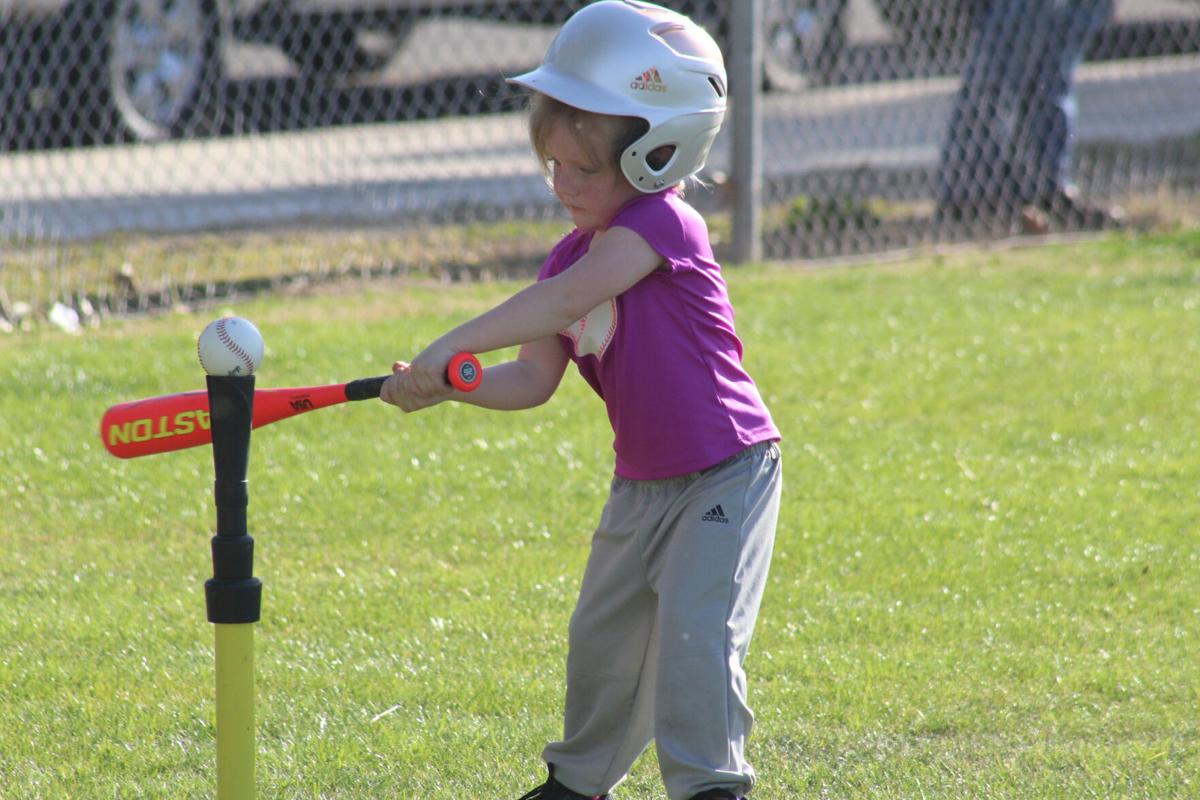 Youth baseball and softball players from Newman, Gustine and Crows Landing are practicing for the start of a new season. Above, members of a Crows Landing tee-ball team take part in a pre-season practice.

Gustine youth baseball players are preparing for the upcoming season.

One year after the pandemic forced cancellation of 2020 youth baseball and softball seasons, teams are preparing to return to the field.

The Crows Landing program is expected to begin its season Saturday, with Newman and Gustine to follow suit Monday.....although Merced County’s continued standing in the state’s most restrictive purple tier earlier this week has raised some question about Gustine being able to begin as scheduled.

Teams will be back on the field - but like so many things the surroundings will look a little different this season.

Social distancing, mask requirements and other measures are being enacted to let the games begin while remaining within guidelines for youth sports.

The three West Side baseball/softball organizations form a collective league and will be joined in some divisions by teams from Hilmar as well. The season will be compressed this year, organizers noted, with regular seasons ending in mid-May and the playoffs being done before Memorial Day.

Representatives of each of the West Side programs told Mattos Newspapers that a few months ago the prospects for being able to play this spring appeared dim.

“Honestly, no,” said Don Cabral from the Crows Landing program. “I thought there was no way we would be able to play, but (virus trends) got better and the vaccines came out.”

Cabral said a number of safety measures will be in place when Crows Landing begins its season this weekend.

Coaches will have to wear masks, as will players when not on the field, he explained. Players will social distance, with some seated in the dugouts and others sitting behind those benches. Those attending are also asked to wear masks and social distance.

The Crows Landing program saw an increase in participation this year, Cabral said, with about 145 players turning out for the season.

“I’m just glad we are actually able to play,” said Cabral, noting that baseball/softball represents the first youth sports opportunities in more than a year. “These kids have been cooped up for quite a while. They are able to participate in something other than just staying in the house.”

The concession stand in Crows Landing will offer only pre-packaged food, Cabral noted.

Crows Landing is not planning to hold opening ceremonies.

Further south along the Highway 33 corridor, plans are under way to begin play in Newman and Gustine as well.

Andy Parker, Gustine Youth Baseball/Softball president, said last week that organizers were monitoring Merced County’s progress in the state’s tiered reopening plan as it was interpreting guidelines to require the county being in the red tier in order to play games.

Parker said that, with the county in the purple tier, the program had been limiting activities to conditioning only and parents wanting to watch the workouts were asked to do so from their cars.

When the games do begin, Parker said, circles in the grass surrounding fields will help household groups maintain social distance as they look on.

Parker said last week that he was optimistic that Merced County would reach the red tier and the question would be moot.....but the latest update released Tuesday showed the county still in the purple.

The degree to which that throws the program a curve remains to be seen, Parker said Tuesday afternoon, but he expressed belief that a solution could be reached which allows play to begin.

He said a meeting was planned with city officials Tuesday night to discuss what could be done.

“I’m very optimistic that there is something we can do to be able to play and play safely,” Parker commented.

“It was devastating,” he commented. “A lot of those kids look forward to baseball every year.”

About 145 players signed up for the season in Gustine.

“We came in pretty close to our regular numbers,” Parker stated.

Seeing players back on the field has been “amazing,” he shared.

“Some of these kids have been home-schooling for a good year and haven’t really seen their friends,” Parker commented. “It is great to see them out there socializing at a distance and being active and rekindling friendships.”

Gustine will also pass on opening ceremonies, he said, and the snack bar menu will feature only pre-packaged items.

Newman organizers are also preparing for the start of the season.

Kim Lobo, secretary of the Newman Youth Baseball/Softball board, said around 170 players will participate.

That number is down from last year but more than initially anticipated, she explained.

“Sign-ups were slow in the beginning,” Lobo said. “The last day we had a huge increase. Everyone was super-excited. Not being able to play last year was pretty devastating. They lost out on school and on sports.”

Measures taken by the Newman program include asking parents to check the temperature of their children before sending them, Lobo noted.

She said that Newman plans to offer nearly a full concession menu but is restricting its snack bar staffing rather than having volunteers rotate through.

No opening ceremonies are planned.

Lobo explained that the program is still in need of umpires and snack bar help, and noted that the association can sign off on student volunteer service hours.