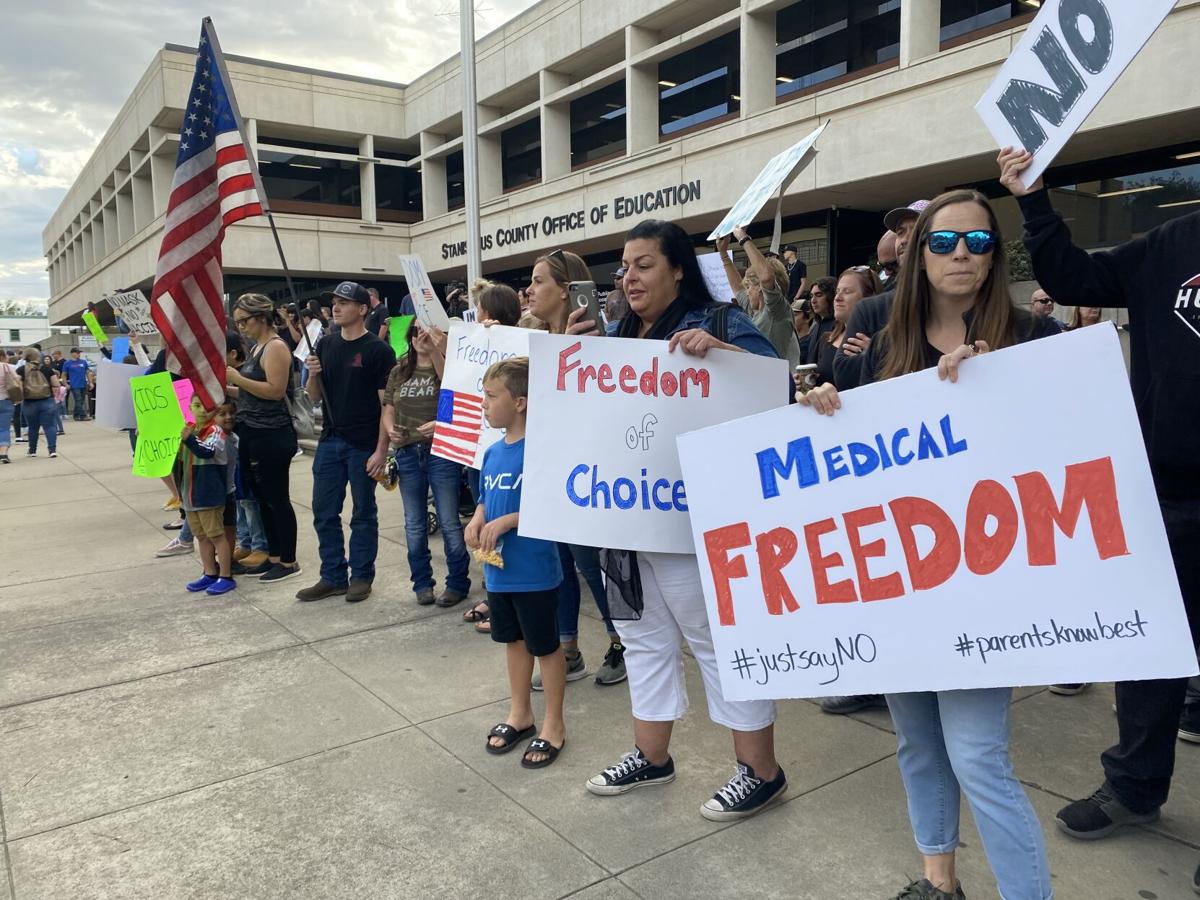 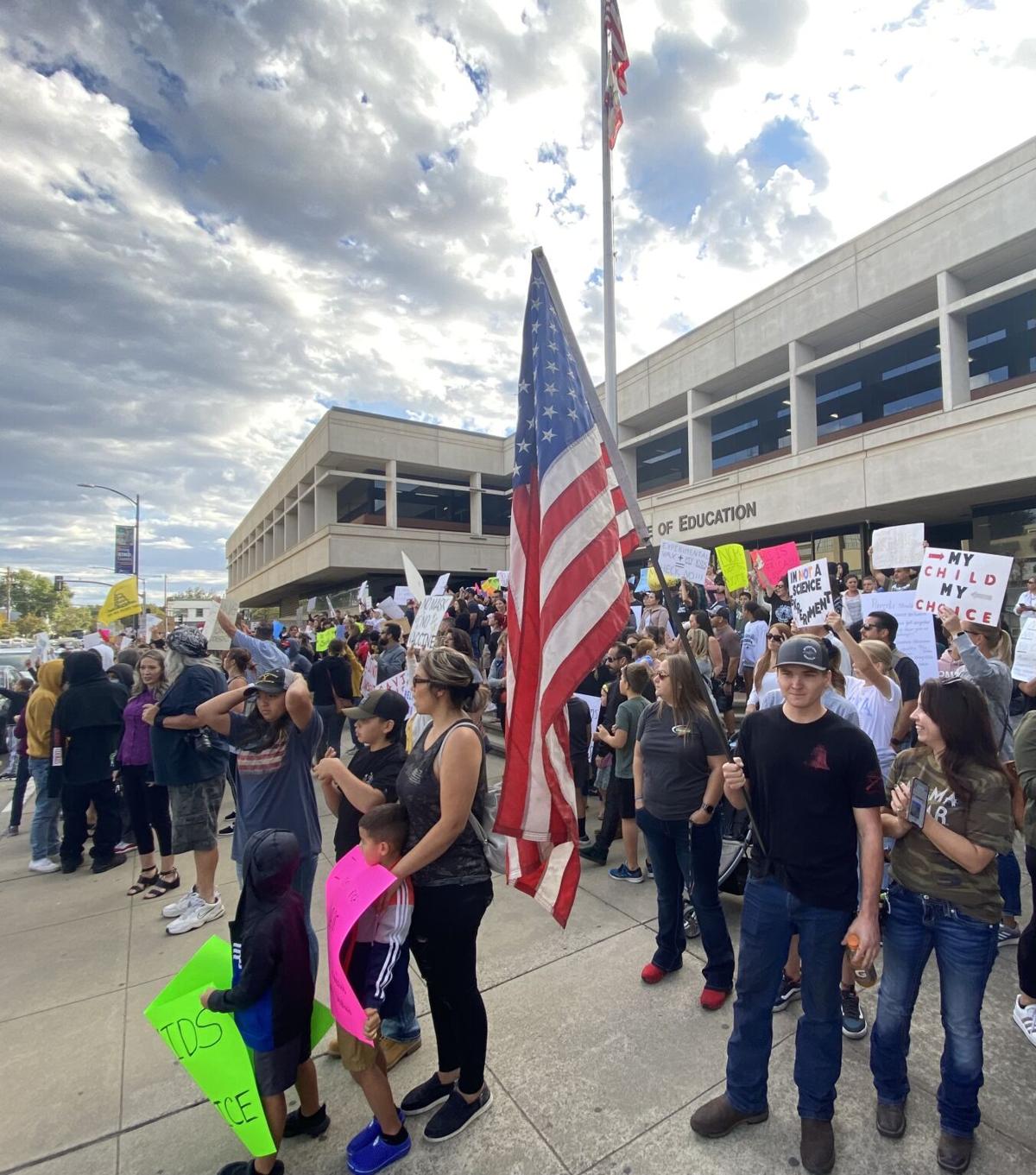 As California became the first state in the nation to announce that the COVID-19 vaccine will be added to the list of required school vaccinations, hundreds of local parents took to the steps outside of the Stanislaus County Office of Education last week to protest the mandate.

Families throughout Stanislaus County also kept their children out of school for the day as part of the Oct. 6 protest, with another similar stay-home protest planned for Oct. 18.

Gov. Gavin Newsom announced the vaccine mandate on Oct. 1, which requires students to be vaccinated against COVID in order to attend in-person instruction. The order will take effect starting the term following full approval of the vaccine for 7-12 and K-6 students by the U.S. Food and Drug Administration.

Based on the approval projections, the State anticipates the requirement would apply to grades 7-12 starting July 1, 2022, while there is currently no estimate for when the mandate will affect K-6 students.

Newman parents reacted to the mandate and Oct. 6 protest in online forums, where a flyer for the event was being shared to encourage participation amongst parents.

One Facebook user in a Newman group stated that although the vaccine mandate is a State-ordered directive, the protest was planned for SCOE so that local districts fight the decision.

“Lawsuits are happening all over, regarding the ‘vaccine,’ and all the ridiculous mandates.... [President Biden] knows all of these will be challenged, but he also knows how slow the courts are and he’s hoping that more people will just go get it as a result of their manipulation!” the user wrote.

Another user chimed in, “ I  respect your decisions and beliefs. But come on people keep your children home and don’t send them to public schools if you chose not to vaccinate. At least respect our stance on the issue and protect my children and others.”

Many at the Oct. 6 protest told the West Side Index they were attending out of a desire for “freedom of choice,” and stated they would be willing to home school their children if the mandate is enforced. They said they don’t know enough yet about the vaccine’s long-term effects to allow their children to receive it.

While there are personal and religious exemptions permitted for the mandate, which are allowed because the vaccine is not ordered by legislation, some parents are skeptical at how exemptions will be permitted and enforced. Once ages 12 and up receive full FDA approval, the State says details of the mandate will be addressed, including exemptions.

Others in Newman Facebook groups voiced their distaste for the Oct. 6 protest.

“Karma  will catch up to all you freedom-loving, anti-science, anti-educated, anti-medical, anti-fact checking, conspiracy-believing people,” one user commented.

For more information about the vaccine mandate, visit www.covid19.ca.gov