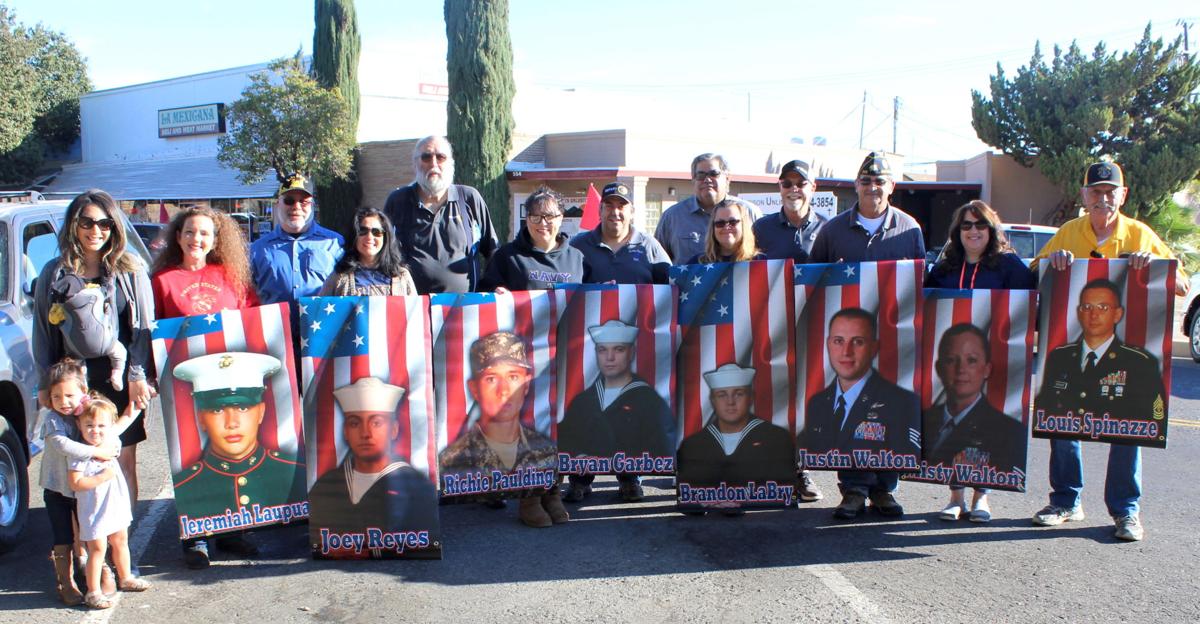 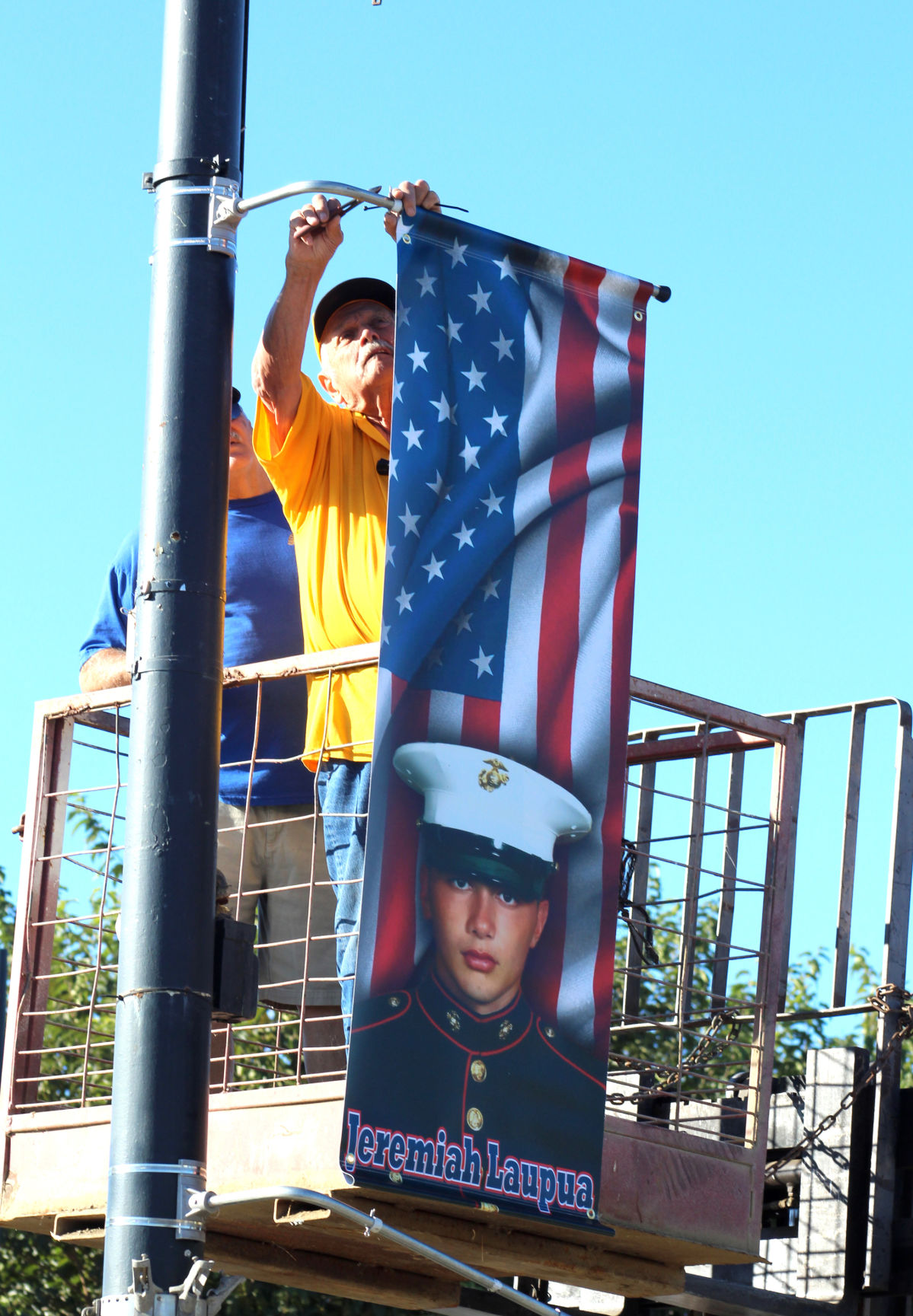 The first of a number of banners honoring West Siders who are serving in the armed forces were put in place on downtown Gustine light poles Friday. Above, Gustine Lions Club member Louis Spinazze affixes a banner as fellow club member Anthony Borges looks on.

The first of a number of banners honoring West Siders who are serving in the armed forces were put in place on downtown Gustine light poles Friday. Above, Gustine Lions Club member Louis Spinazze affixes a banner as fellow club member Anthony Borges looks on.

GUSTINE - A dozen military banners bearing the images of West Side men and women serving in the armed forces are the latest addition to downtown Gustine.

Volunteers from the Gustine Lions Club placed the banners on street poles lining the city’s business district Friday morning as family members of several of the military personnel and local dignitaries looked on.

The banners, she told Mattos Newspapers reflects a supportive and patriotic community.

Rachel Soares, whose son Joey Reyes is in the Navy, said the banners serve as a reminder to the community of its sons and daughters who are away from home in defense of freedom.

“I think it is going to be amazing,” she said of the prospect of military banners lining Gustine’s downtown core.

“It’s wonderful,” added Jackie LaBry, whose son Brandon LaBry is also in the Navy. “I’m proud of them.”

The banner program is an extension of a yellow ribbon program organized by local veteran Kris Walton and his wife, Shannon Walton, to show support for West Siders serving in the military and provide them a welcome on their return home. The banners are larger replicas of those on display in the Veterans Memorial Hall as part of the yellow ribbon initiative.

The banner program has encompassed the entire community. Support has come from the city of Gustine, the Lions and Rotary clubs, the local American Legion and Veterans of Foreign Wars posts and their auxiliary units, among others.

“This shows you what kind of community we have. I’m overwhelmed. Words can’t describe it,” Kris Walton reflected Friday. “We’re going to be able to fill up this street. We’re putting up 12 banners today, and we have nine more being made.”

When the momentum for the banner program began building in earnest several weeks ago, Walton told Mattos Newspapers that he was thrilled with the response.

“Gustine really supports the troops,” he said at the time. “It is nice to know that our community is recognizing those who are giving up a big part of their life to serve our country.”

Walton said that funding to expand the program is available through a number of benefactors.

“There is no cost to the individual being honored, but if they want to donate that is perfectly acceptable,” he stated.

Walton, who is a military dad as well as a veteran, explained that the yellow ribbon program aims simply to recognize those who are serving and let them know they are appreciated by their home town.

The banner program is open to military personnel from across the West Side.

Walton said he plans to approach Newman city officials in the near future to explore the possibility of expanding the banner program to that city.

He already has interest from one Newman service club interested in supporting the program there, Walton added Friday.

Those wishing to learn more about the program may contact Kris Walton at 704-1362.