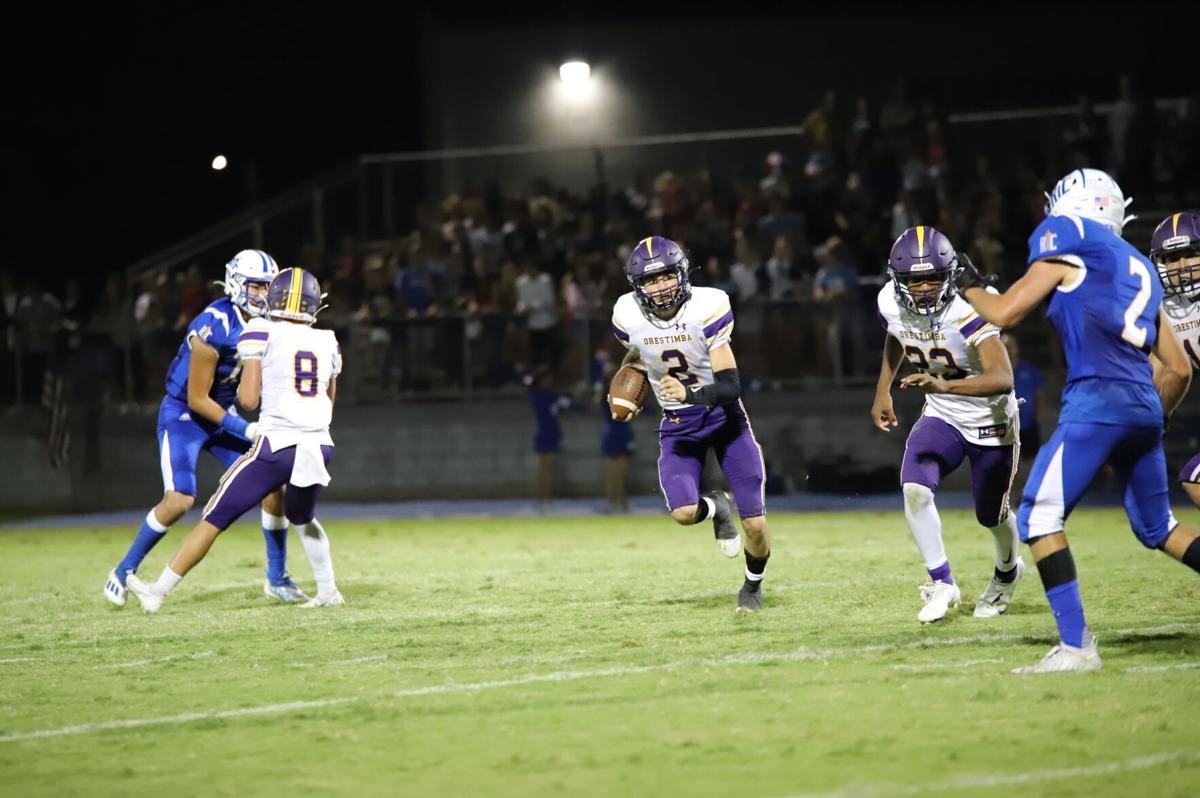 In his debut game of the season and returning from a suspension Vicente Lopez finds running room and received great blocks from Devin Bettencourt (8) and Lazs King (23). 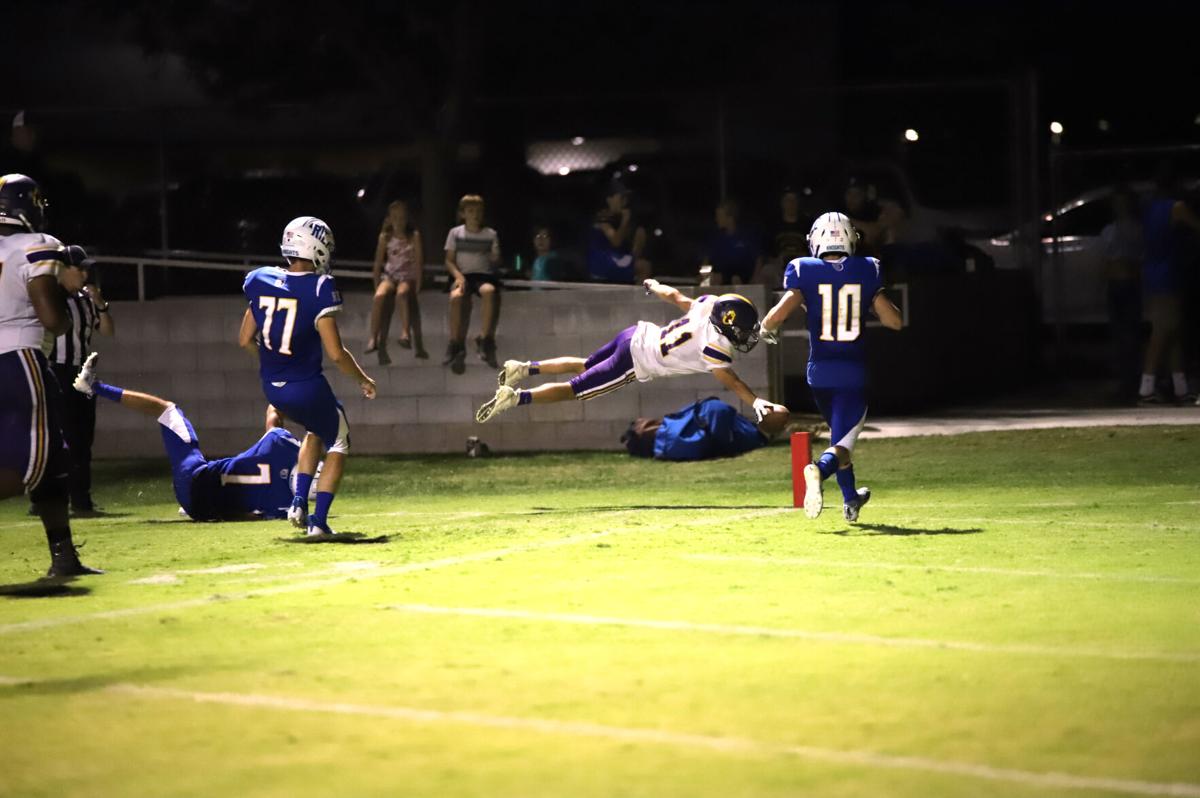 Varsity receiver Jayden Vargas dives into the end zone to add points on the score board for the Warriors.

In his debut game of the season and returning from a suspension Vicente Lopez finds running room and received great blocks from Devin Bettencourt (8) and Lazs King (23).

Varsity receiver Jayden Vargas dives into the end zone to add points on the score board for the Warriors.

Last Friday, the Warriors blew a 28-14 halftime lead and had their final drive stall out in the red zone with 12.9 seconds remaining as they fell short 45-42 to reigning Southern Athletic League champion Ripon Christian.

The bitter defeat spoiled a sterling season debut for junior quarterback Vincent Lopez, who was suspended for the team’s first four games.

“We had every opportunity to win,” Orestimba coach Aaron Souza said. “We were up two scores at the half, and we didn’t continue to play good defense in the second half and the offense sputtered in the third quarter. We ran out of time. We had an opportunity to win the game in our last drive and didn’t do it.”

His Warriors dropped to 0-2 in league and 2-3 overall. The latest setback came a week after losing 14-12 at Le Grand on a last-second blocked field goal.

In the fourth quarter, Ripon Christian was able to keep the ball for six minutes thanks to a well-executed onside kick following Trey Fasani’s 20-yard pass to 6-foot-9 receiver Thys Van Der Hoek. Sonke then surprised the Warriors with the onside kick recovered by Dustin Hoekstra.

Orestimba was in full control in the first half when it led 21-7 at one point. Its halftime lead could have been wider if not for an interception in the end zone.

The Knights were not prepared for the dual-threat ability of Lopez, who completed 8 of 11 passes for 117 yards, one touchdown and an interception. He was also the Warriors’ leading rusher with 153 yards and two scores on 19 attempts.

Lopez is the back-up to sophomore Alex Millan, who has been out with a dislocated shoulder sustained during the Warriors’ Sept. 3 win over Los Banos.

“Vincent Lopez gave us a spark today at quarterback,” Souza said. “He was a night-and-day game changer for us. He brings athleticism, he’s a leader and he’s been the quarterback of that group since they’ve been in Pop Warner. He just totally changed our offense. We had barely scored around 50 points this year, and we put up 42 points tonight. We just didn’t play good enough defense.”

Jayden Vargas once again shined from the receiver spot, catching six passes for 122 yards and two TDs. His second score was a 28-yarder from Devin Bettencourt, closing the Warriors in 45-42 with 3:06 left. Bettencourt was called into emergency duty behind center for a third straight week after Lopez hobbled to the sideline with cramps.

Orestimba’s final drive was set up by a fourth-down stop on Ripon Christian’s 36 when Sonke was stuffed on a fake-punt attempt.

Orestimba has another big game coming up with Mariposa (2-0, 3-2) visiting Rodger Pauletto Field.

“We got a lot of football to play,” Souza said. “We’ve lost two heartbreakers. We’re a few plays from 4-1, to be honest to you. The last two weeks it came down to the goal line and we didn’t finish. We still have a lot to play for. We have a playoff berth to play for and we gotta get this thing back on track for Mariposa next week.”