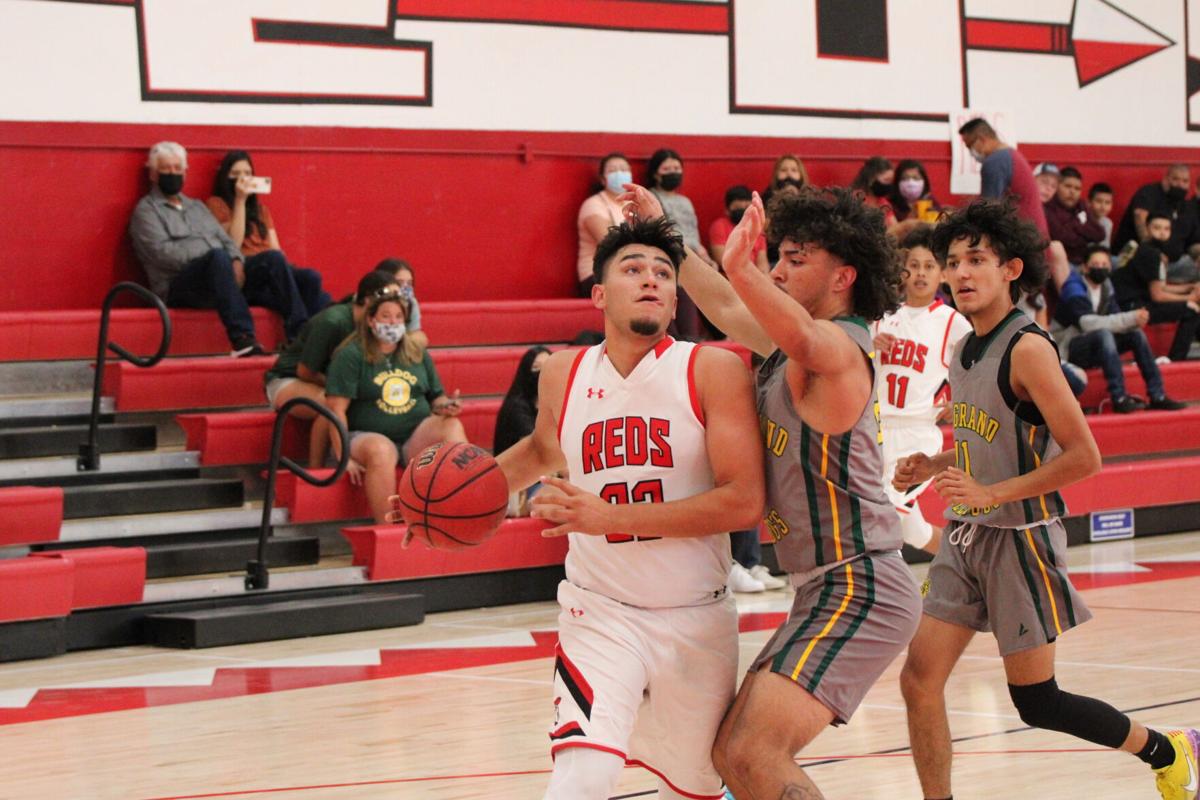 Gio Quezada fends off a Le Grand defender as he drives to the hoop. 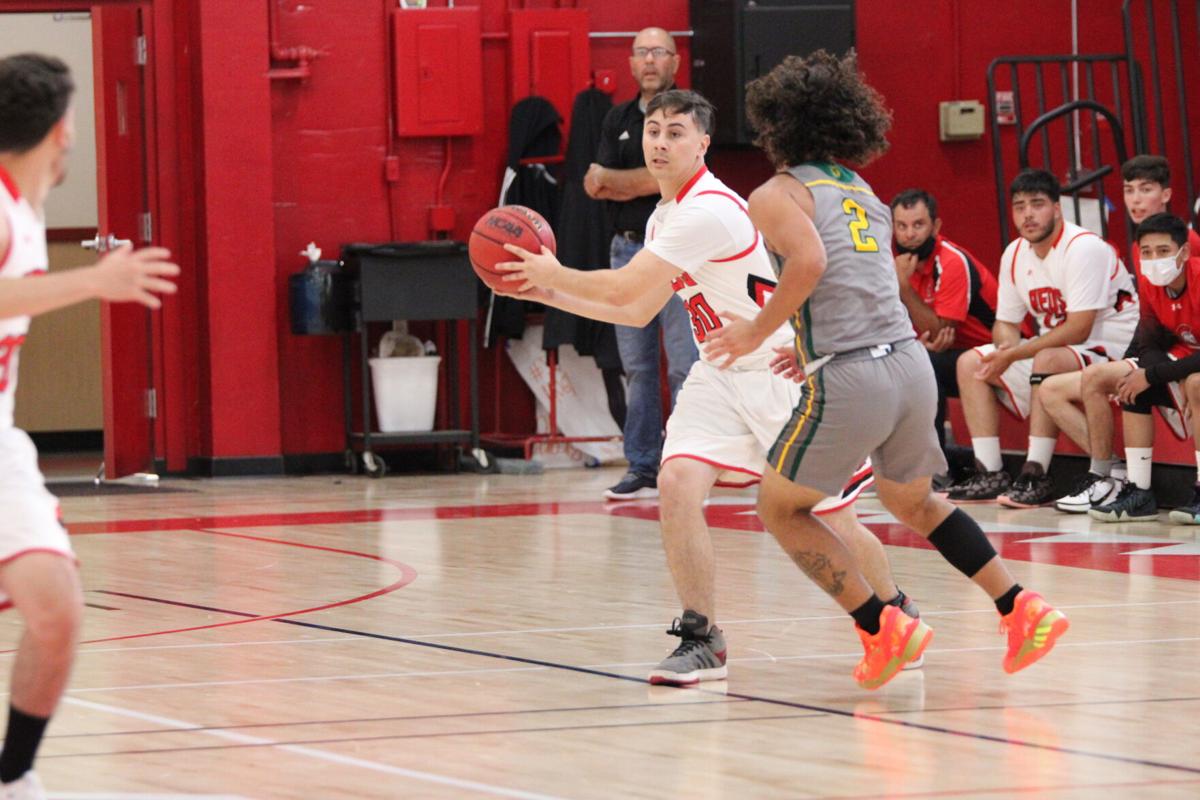 Gio Quezada fends off a Le Grand defender as he drives to the hoop.

The Gustine Reds brought their varsity basketball season to a close last week with games against Le Grand and Livingston.

Gustine dropped a 70-38 decision to Livingston in their season finale Thursday.

The Reds stayed within striking distance for a quarter, but a 19-7 second-quarter run by the Wolves left Gustine facing a 38-21 halftime deficit.

David Gonzales put up 13 points to lead Gustine. Adrian Morales and Tyler Borba were each in the book with six points, Alejandro Ortiz put up five, Thomas Gomes hit a trey, Trenton Cremeen and Noel Perez each accounted for two points and Steve Guijosa hit a free throw.

The Reds trailed by just three at 29-26 going into the second half, only to see Le Grand take control with a 20-12 third-quarter run.

Morales burned the nets for 14 points, and Danny Hernandez was in double figures with 11. Borba and Gio Quezada each chipped in with seven points, Ortiz scored six, Gomes was on the score sheet with five and Perez added two points to round out the scoring.