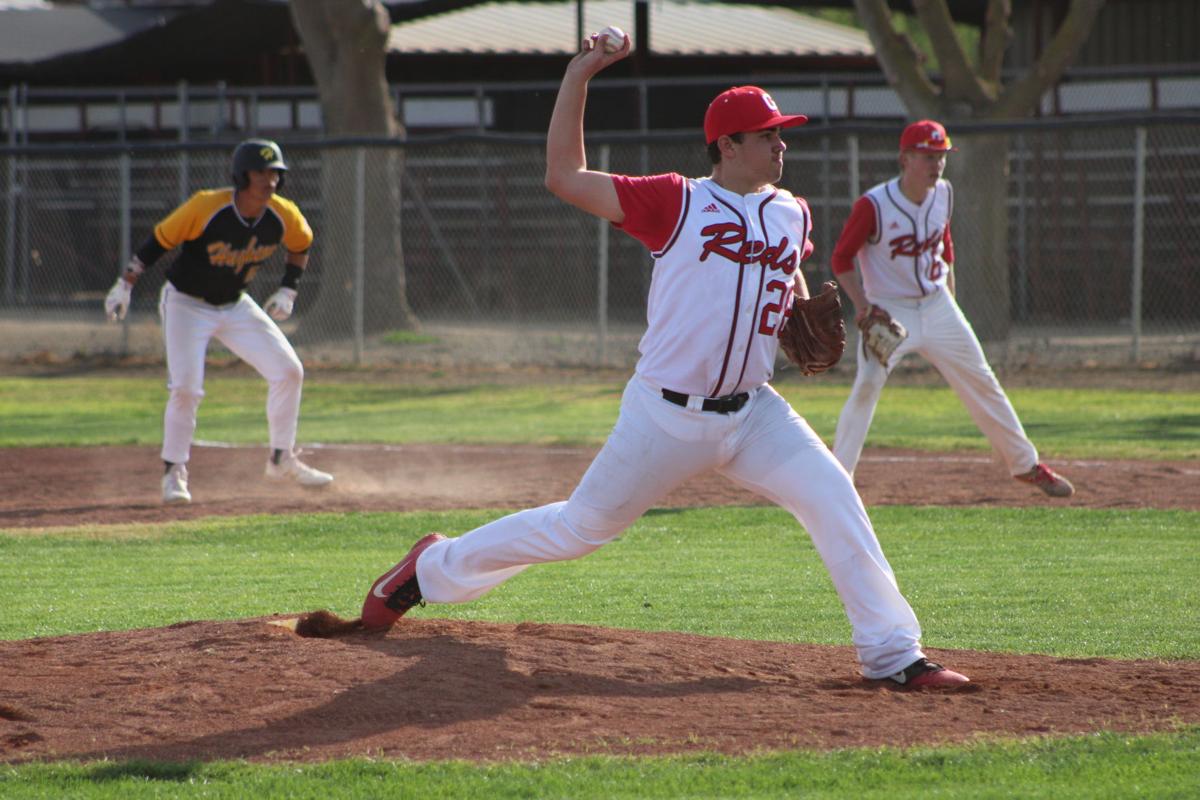 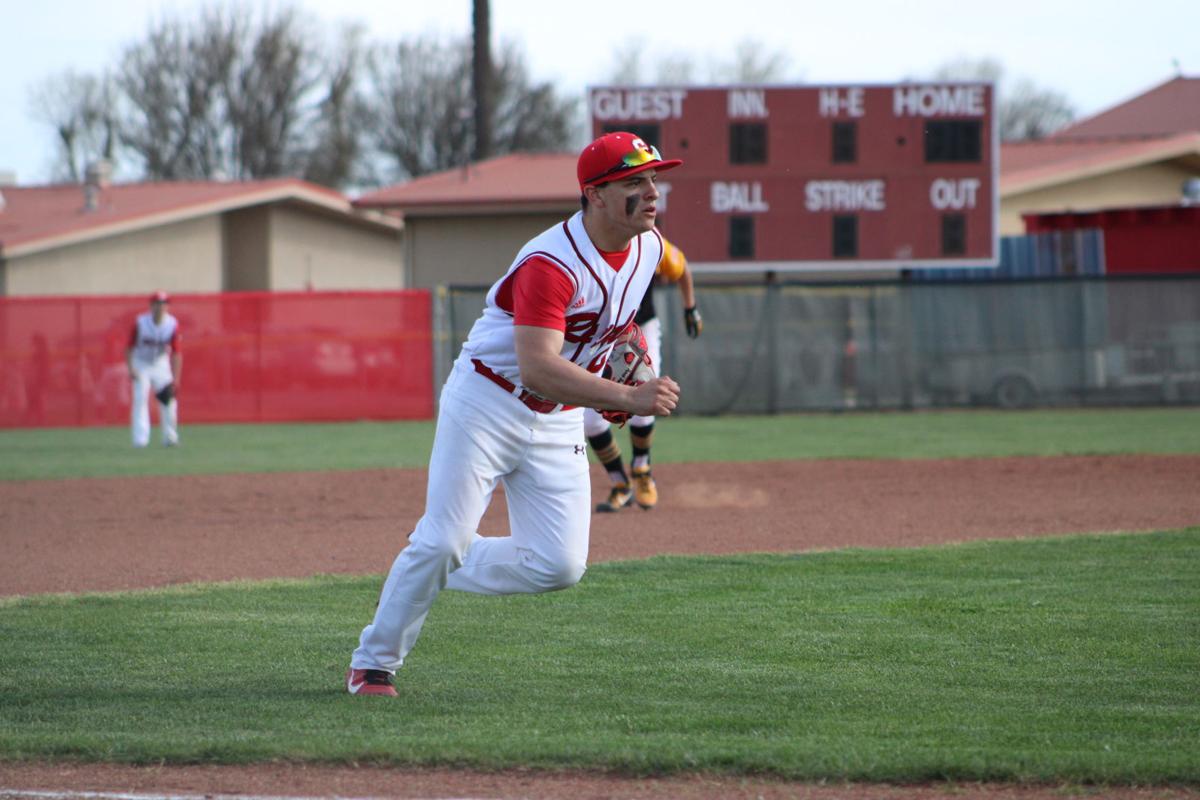 Above, Patrick Broderick charges to make a defensive play for the Gustine Reds against visiting Hughson.

Above, Patrick Broderick charges to make a defensive play for the Gustine Reds against visiting Hughson.

Gustine shook off a rough inning and a 4-0 deficit last Wednesday to defeat host Pacheco High (Los Banos) 7-6 in the final game before Gustine High spring sports were put on hold.

The Panthers broke a scoreless tie with their four-run third - but Gustine came roaring back with four of its own in the top of the fourth.

A Logan Luker double and single by Gannon Silva were the only Gustine hits of the frame as the Reds took advantage of walks and errors.

Pacheco broke the tie with a run in the bottom of the fourth.

Gustine went ahead for the first time with three in the sixth - all coming with two out. Silva delivered an RBI double to tie the score, and after Devin Bettencourt drew a walk Nathan Nunes delivered a two-run double which proved to be the difference in the game.

The Panthers did not go quietly, however, as Pacheco scored one in the seventh to make it 7-6 and had the bases loaded before Bettencourt wrapped up his complete game with a by striking out the contest’s final hitter.

Gustine won despite being outhit 9-6, as the Reds were the beneficiaries of four Pacheco errors and seven walks.

Silva and Patrick Broderick each had two hits on the day. Bettencourt and Nunes also hit safely.

The Reds scored a season-high nine runs Tuesday against Davis - but still came up short by five.

Gustine battled back from an early 4-0 deficit to tie the game in the second - but was unable to overcome an eight-run fourth by the Spartans.

Each club had 12 hits and three walks on the day.

Gustine forced extra innings by scoring three in the bottom of the seventh to tie it at 6-all but left the winning run stranded at third.

Neither team scored again until the Huskies plated two in the top of the 10th.