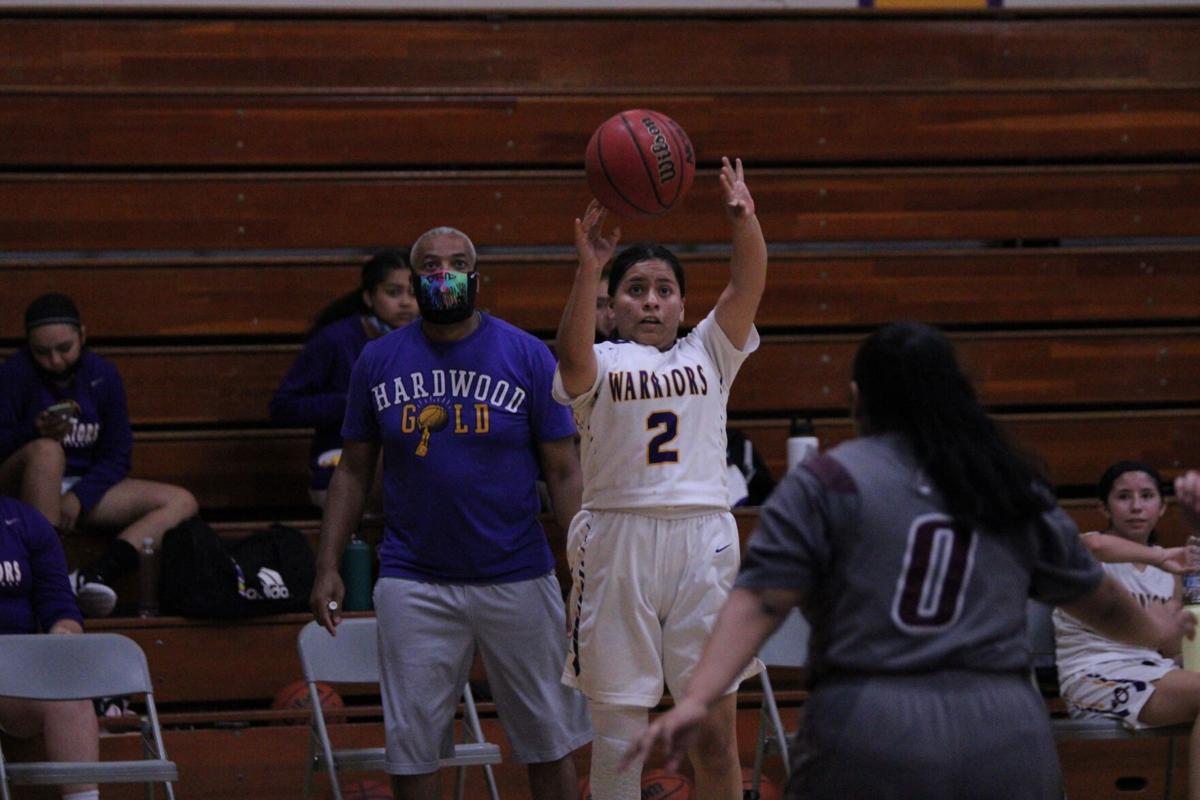 Leslie Torres puts up a shot for Orestimba in a junior varsity matchup against Riverbank Friday. 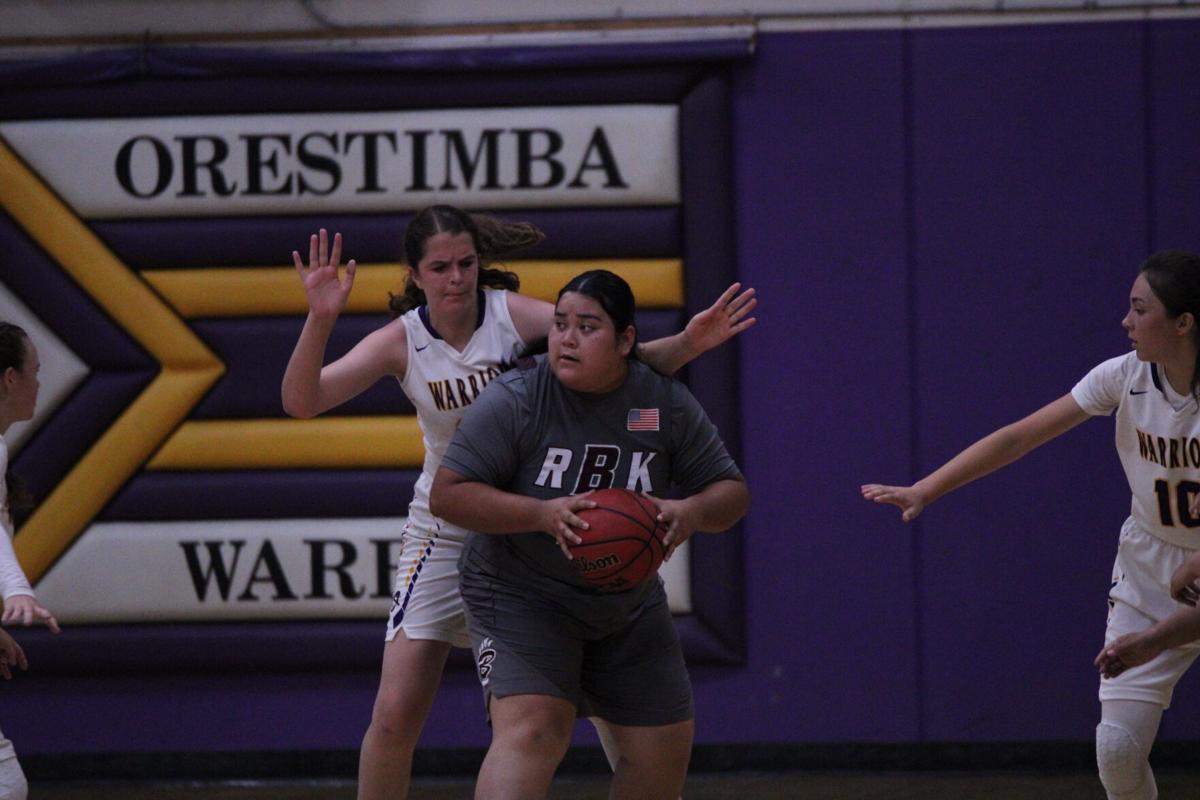 Leslie Torres puts up a shot for Orestimba in a junior varsity matchup against Riverbank Friday.

The JV Warriors finished 6-1 overall and were undefeated at 6-0 in league play.

The Warriors built an 18-2 lead after one quarter and cruised to a 69-9 win over visiting Riverbank.

Four players finished in double figures for Orestimba. Kelsey Maninha lit up the board for 16 points, Taylor Gray put up 15, and Allison Trovao and Alia Valenzuela each finished with 10. Jenessa Gonzalez and Joslyn Sotelo each scored eight points, and Leslie Torres contributed two points.

Hughson was no match for the JV Warriors earlier in the week.

With Valenzuela pouring in a dozen points, Orestimba bolted to an 18-0 first quarter lead and never looked back.

Valenzuela and Sotelo each scored 16 points to lead Orestimba. Trovao finished with nine, Gray scored six and Gonzalez rounded out the scoring with four points.