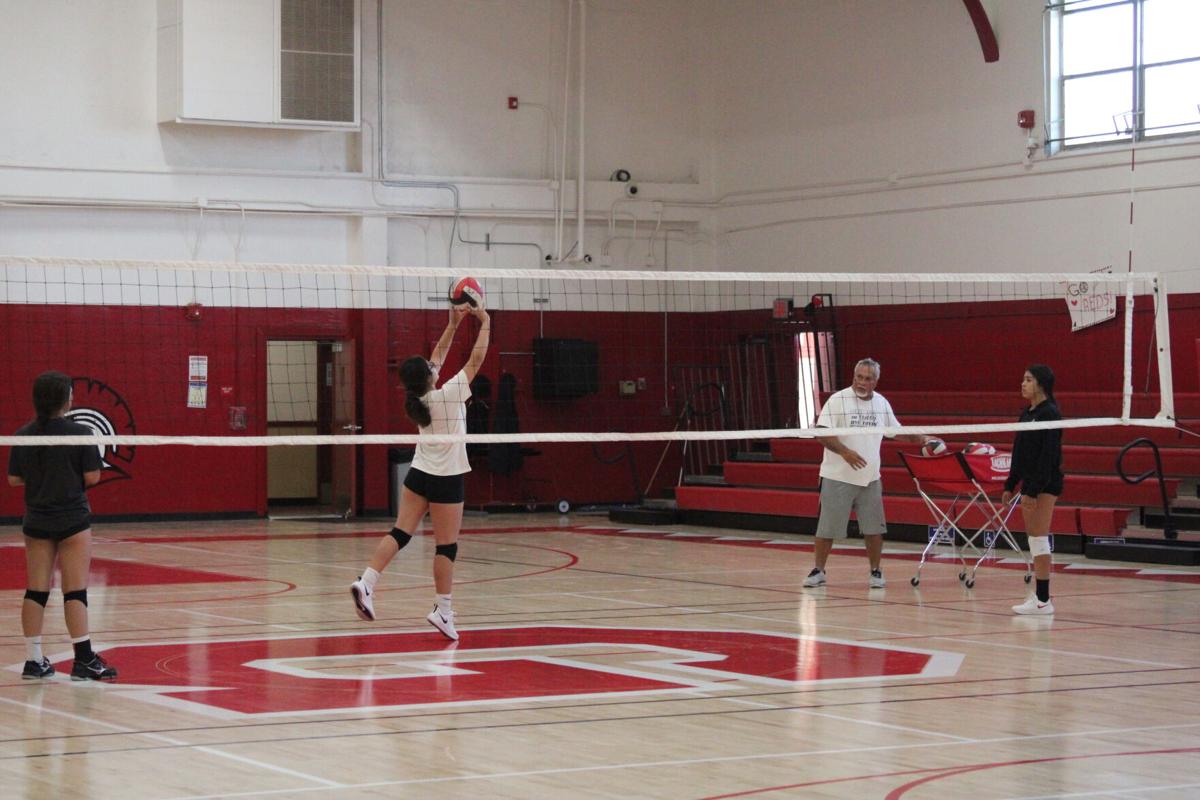 The Gustine volleyball team has been running through various drills during their summer program. Above, Laupua works with his setters during a Tuesday practice. 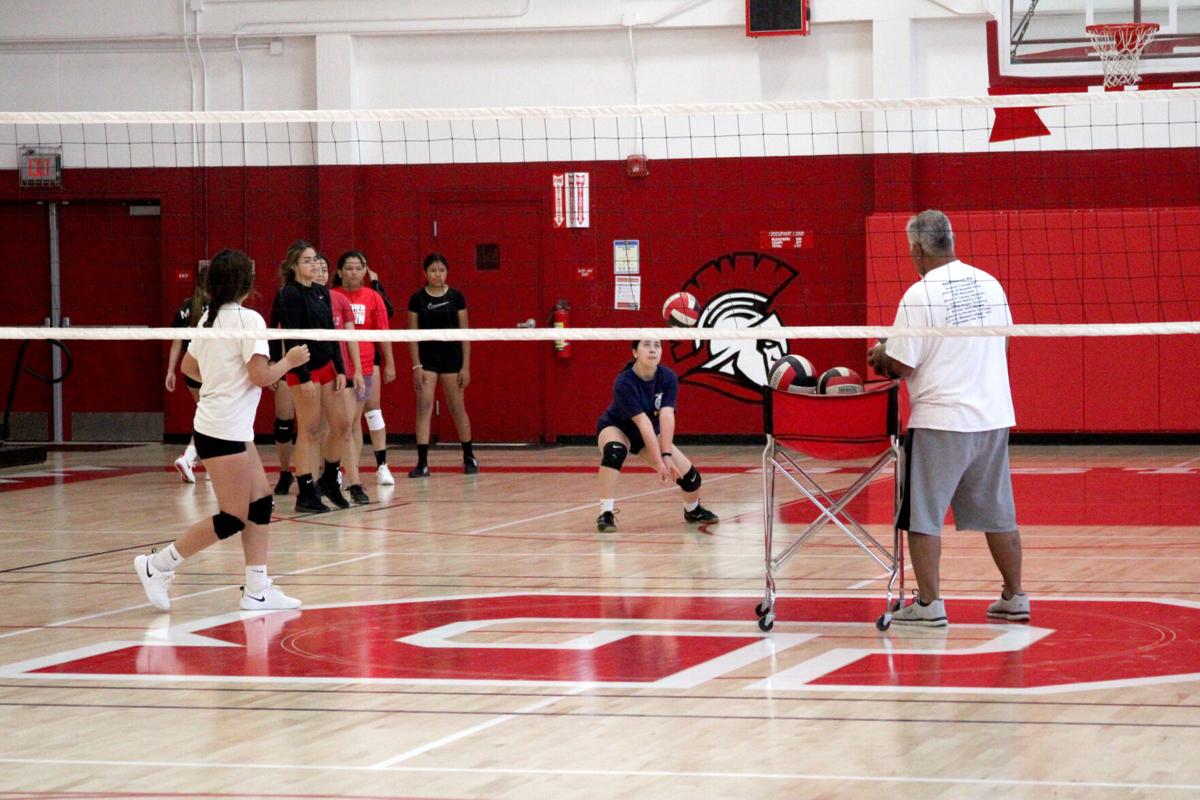 The Gustine volleyball team has been running through various drills during their summer program. Above, Laupua works with his setters during a Tuesday practice.

In his eleventh year coaching, head girls volleyball coach Solomona Laupua says this season is definitely going to be a rebuilding year for the program after losing four of their starting seniors last season.

With the summer program starting on June 21, only two months after the end of their last season which was delayed due to COVID-19, most of the new team will be comprised of upcoming juniors and some freshmen.

Laupua reports that his focus this summer has been heavily aimed on fundamentals and discipline on the court. “After losing my seniors last season, it’s going to be another rebuilding year and getting my girls into volleyball mode because some have very little experience,” Laupua told Mattos Newspapers. “While having them train on the fundamentals, I also have them doing some conditioning.”

He says his two seniors, Leilani Aguilera and Natalie Cruz, are going to provide great additional leadership to the team during and after practice.

“I really have faith in those girls to lead this team and also teach the underclassmen this season I know they will be a big help,” said Laupua.

A typical week for the team entails having practices Tuesdays and Thursdays from 9 to 10:30 a.m. where both junior varsity and varsity players work through conditioning drills and skill sets.

Laupua mentioned that starting July 11, the players will start their “dead period” week where they will focus on weight training and conditioning instead of practicing with a physical ball.

As he shared his thoughts about the question of whether or not he’d return for another season, the extra encouragement from his girls and fellow parents helped him decide to stay another year, with the positive feeling that he is not only a great coach but also a good mentor for team.

“The connection I’ve made with each player is great. I know the chemistry I have with my team causes us to do really good during games, because they know what I’m thinking, I know what they are thinking as well,” shared Laupua.

With the upcoming season just around the corner, Laupua feels the team will be ready by game one in August.

“They have a lot of potential to grow and I know with each practice that it’s going to prepare them.”