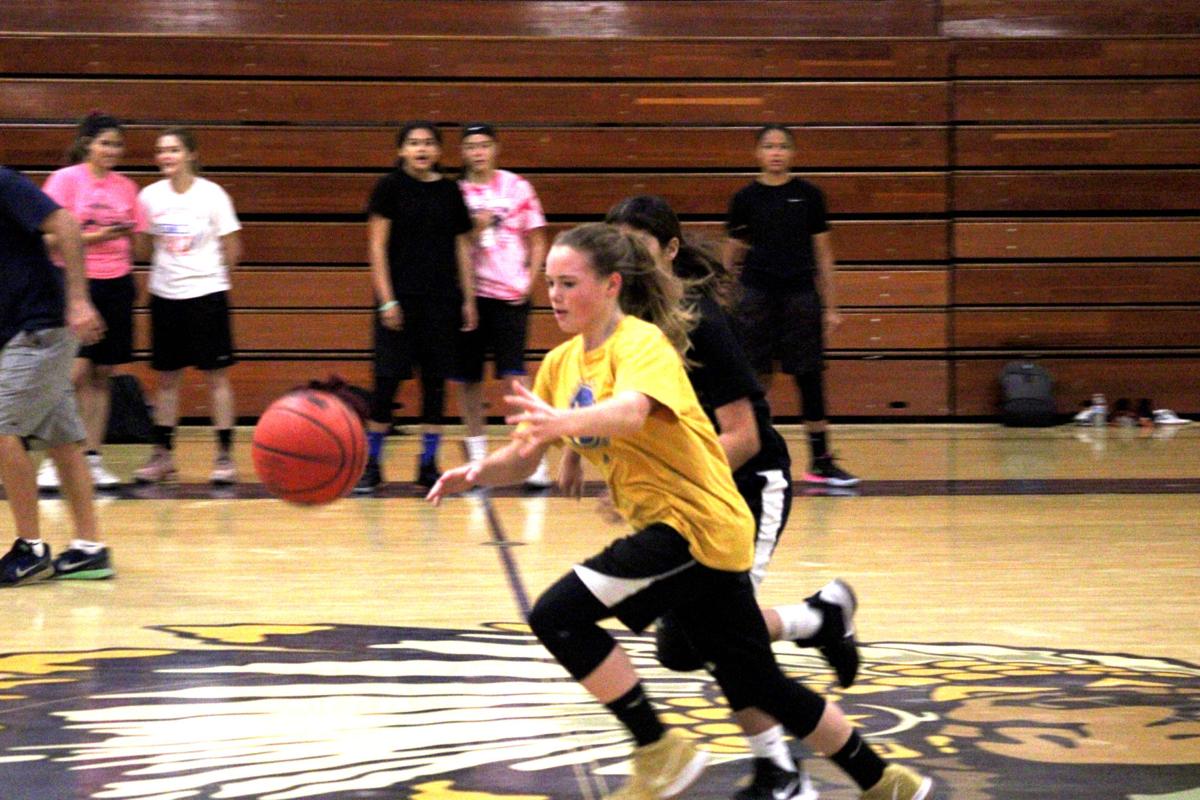 Taylor Gray races down the court during a recent Orestimba practice session. 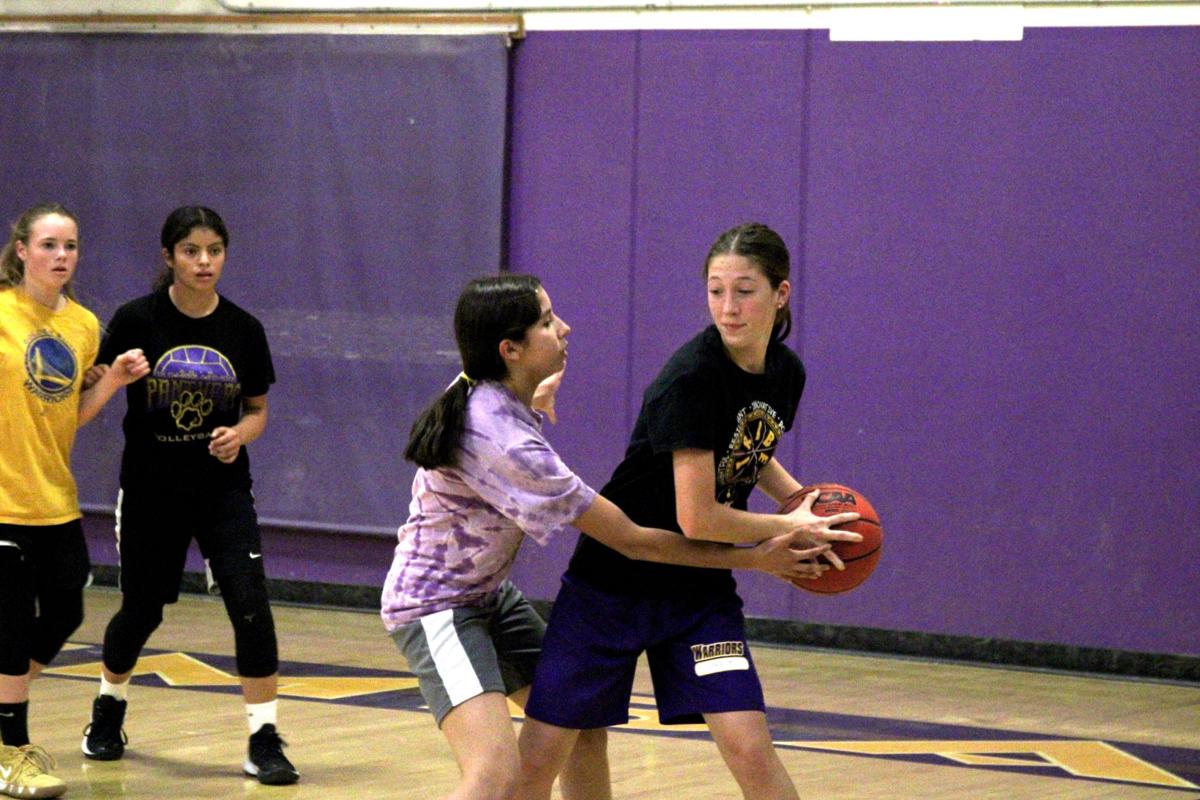 Taylor Gray races down the court during a recent Orestimba practice session.

Orestimba girls basketball players have hit the hardwood to begin drills for the upcoming season.

Orestimba’s varsity head coach Scott Felber has been preparing and looking over potential talent as tryouts have been going on and day by day, narrowing down who will be on the team for this year’s roster in decisions finalized last Thursday.

“These girls are really making it tough a lot of potential in a lot of them,” said Felber. “As the days and tryouts go by the team is starting to form itself.”

Felber is joined by Adrian Stevens, the head junior varsity coach who has also been helping Felber during this tryout process.

“Coach Stevens is an incredible guy,” commented Felber. “ In the years he has been coaching here he does a lot of the game planning for both teams and looking over the film and that helps us in the long run.”

Felber also mentioned that given the coaching experience between them they exchange basketball knowledge during the combined varsity and junior varsity practices the coaches decided to hold.

“When we are both out there, to me it doesn’t even feel like he’s the JV coach at times,” Felber told Mattos Newspapers. “It’s more like we are co-coaches for both of our teams.”

In a rarity last year, Orestimba had no seniors.

That will change this year.

Seniors Jazlyn Tucker and Jessica Villarreal are expected to step into the leadership roles, and other spots are there to be earned.

Felber noted that there are a number of juniors and seniors that could be leading this team this year but he is unsure at the moment who will step up and lead this team to its season goals - which includes a deep playoff run.