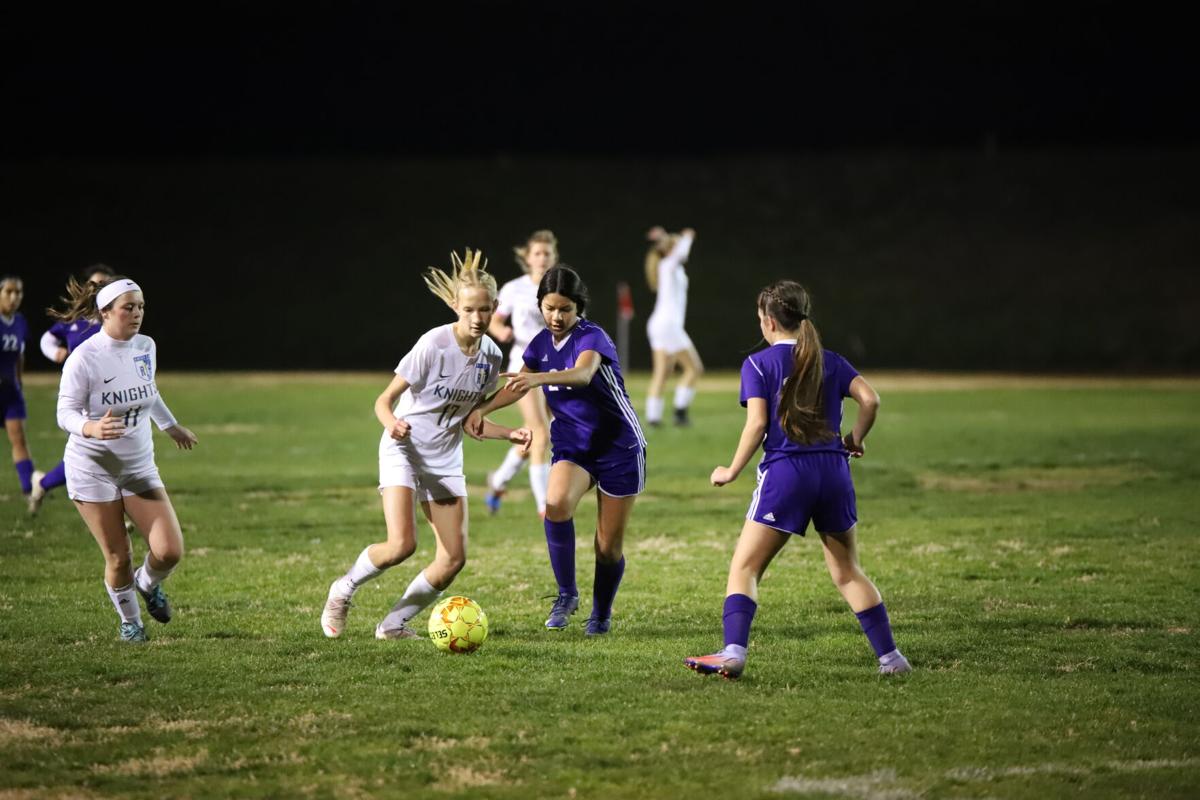 Jacqueline Mendez battles for possession of the ball against a Knight player. 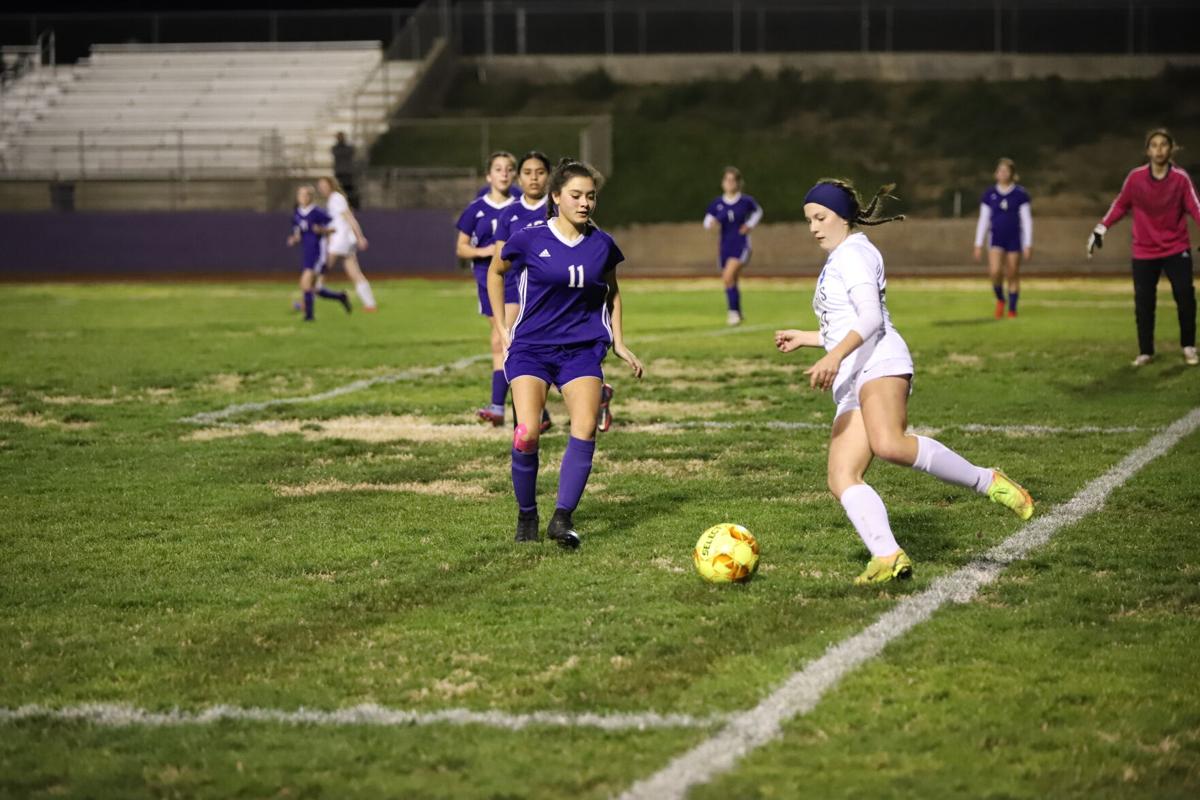 Isabella Moreno closes in on a Ripon Christian ball handler during their match up Monday night.

Jacqueline Mendez battles for possession of the ball against a Knight player.

Isabella Moreno closes in on a Ripon Christian ball handler during their match up Monday night.

Coming off a 1-0 loss to the Modesto High Panthers in their last played match in December, the Lady Warriors (0-1) have been in bit of a struggle to find their groove to get back on track.

In their first Southern League match up against the visiting Ripon Christian Knights (2-0-1), the Warriors desperately struggled to keep the Knights out of their territory, resulting in a 3-0 loss on Jan. 3.

The Knights had three different strikers putting the ball into the back of the net, with two goals coming in the first half and one in the second half.

Despite their loss, Orestimba’s goal keeper Mariah Avila racked up 20 saves in contrast to letting by the three goals scored.

Maya Barajas had two shots on goal, while Andrea Torres contributed one shot on goal.

As told by Head Athletic Director John Labno, the Orestimba girls soccer team will be shut down until Jan. 17 due to personal reasons. They will resume back Jan. 18, when they face off against the visiting Waterford Wildcats. Game time for the varsity match will begin at 5 p.m.