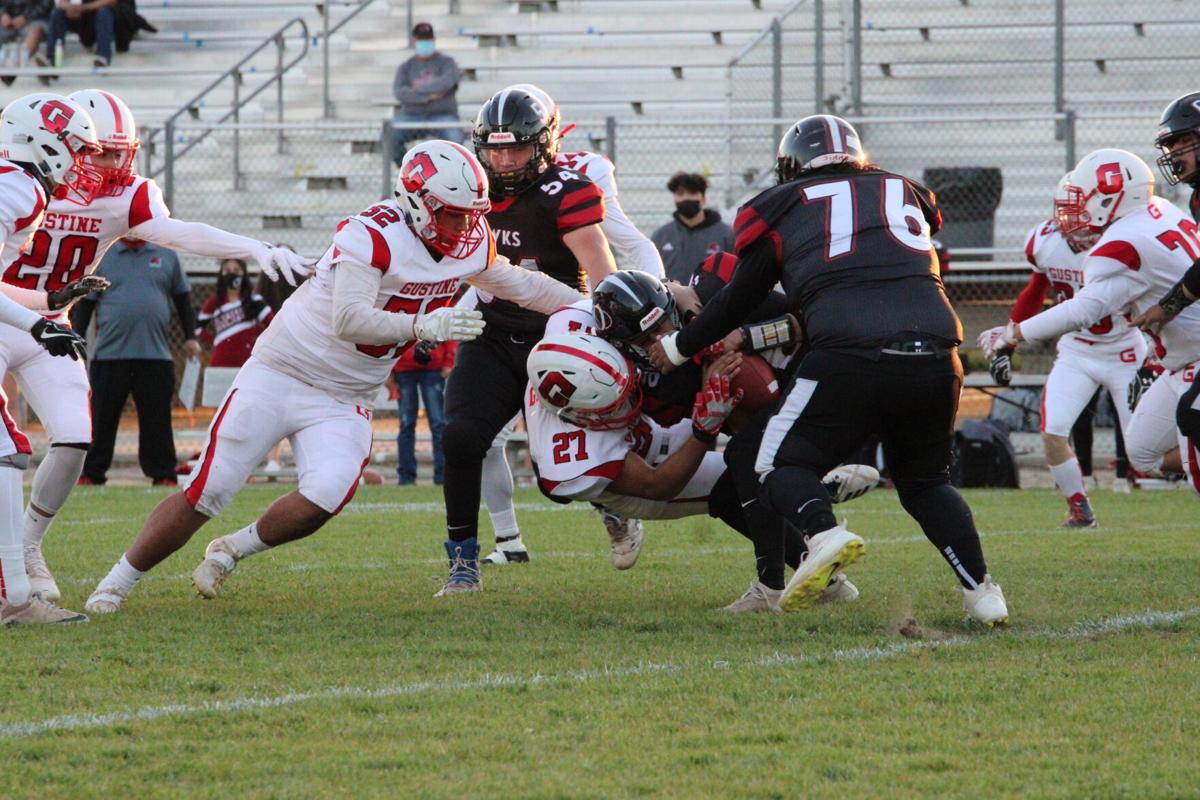 Mateo Gallichio brings down a Delhi ball carrier at Jeff Botelho (52) moves in to assist. 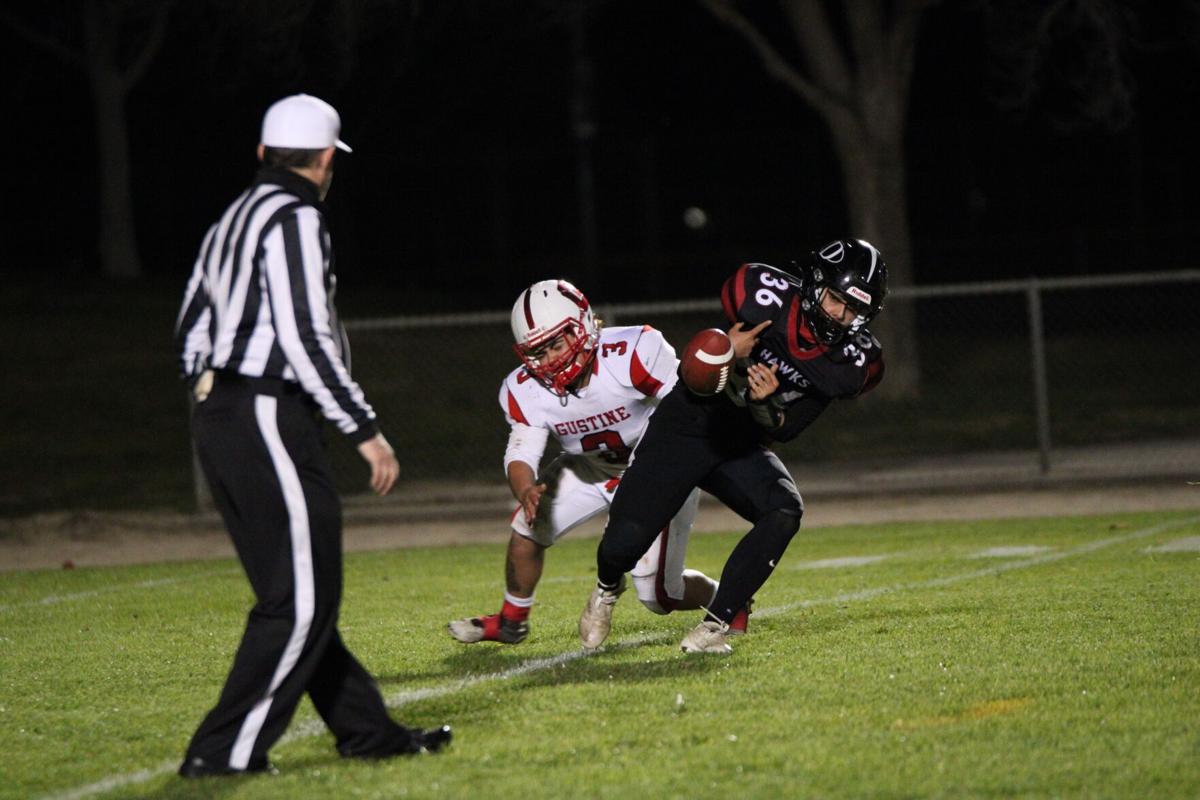 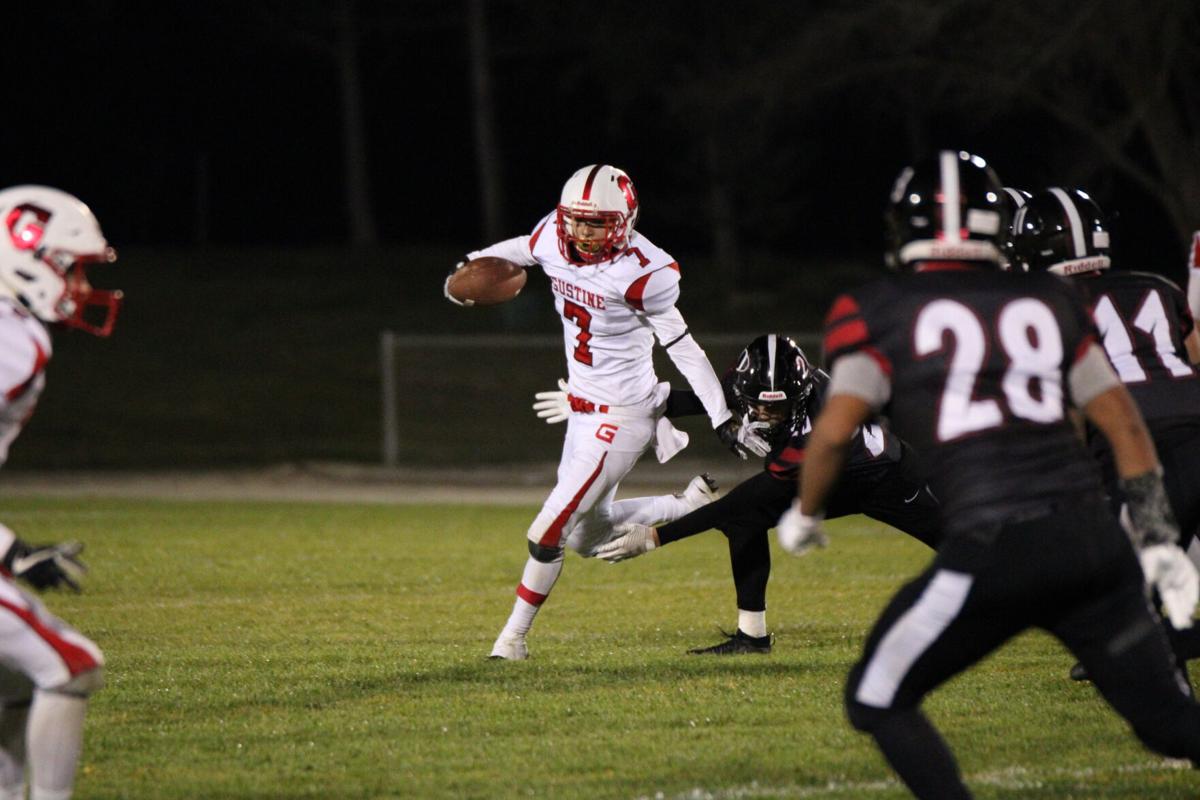 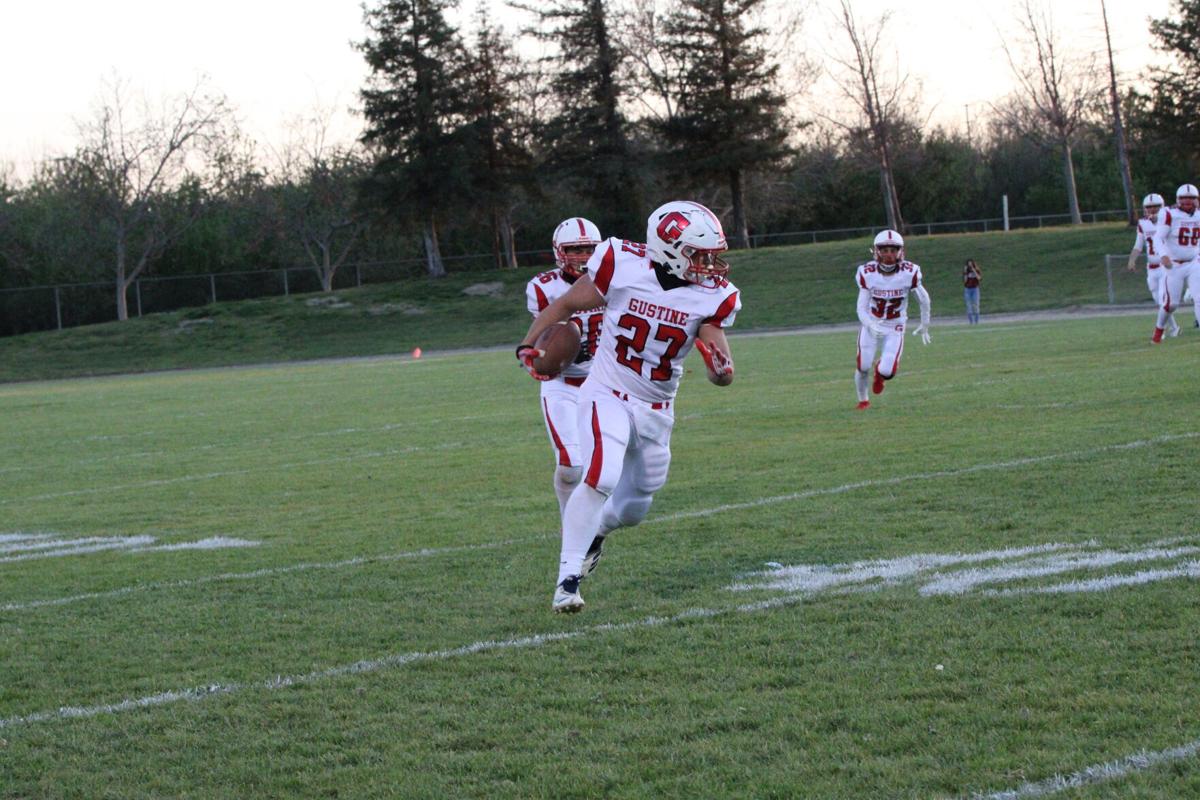 Mateo Gallichio brings down a Delhi ball carrier at Jeff Botelho (52) moves in to assist.

Gustine High football has often been known for a rushing game that pounds away at opposing defenses while controlling the football and the clock.

The Reds demonstrated Friday at Delhi’s expense that they can throw the ball as well.

On the other side of the ball, a physical Gustine defense led by Christian Garcia from the nose guard position and inside linebackers Mateo Gallichio and Jeff Botelho kept the Hawks largely under wraps.

“Garcia disrupted a lot of things up the middle,” LaBry stated, which in turn allowed Gallichio and Botelho to make plays.

Both Delhi touchdowns came when the Hawks capitalized on special teams fumbles by the Reds, LaBry noted.

“The defense bent a little here and there but overall it was solid,” said LaBry.

All in all, it added up to a strong night for the West Siders, who evened their record at 1-1 on the young spring season.

Cristopher Meneses got the Gustine scoring started with a 2-yard run in the first quarter. Danny Hernandez got into the end zone for the two point conversion.

Cremeen followed with the first - and longest - of his three scoring receptions, which went for 64 yards.

Gustine kept up the pressure in the second quarter.

Cremeen hauled in a 27-yard touchdown pass from Martin, and Martin then found freshman Zander Leyva in the end zone for the two-point conversion.

Martin then scored on a 46-yard run, and the Reds went into the break with a 28-6 lead.

Two second half scores sealed the win for the West Siders.

Martin was Gustine’s leading rusher with 46 yards on two carries. Meneses collected 28 yards and one touchdown on seven tries, and Leyva picked up 25 yards on six carries.

Defensively, Gallichio was involved in a dozen tackles and Botelho had a hand in 11. Cremeen and Garcia each recorded eight tackles, while Alex Ramirez, Gio Torres and Clayton Alamo were each in on six tackles.

Jose Garibaldi was credited with two fumble recovers, while Ramirez, Gilbert Sotelo Galichio and Bradley Garbez each were on the stat sheet with one.

Alamo blocked a punt for the Reds.

Gustine will be bidding for its second consecutive win of the abbreviated season Friday when the Reds host El Capitan in a 5 p.m. contest.