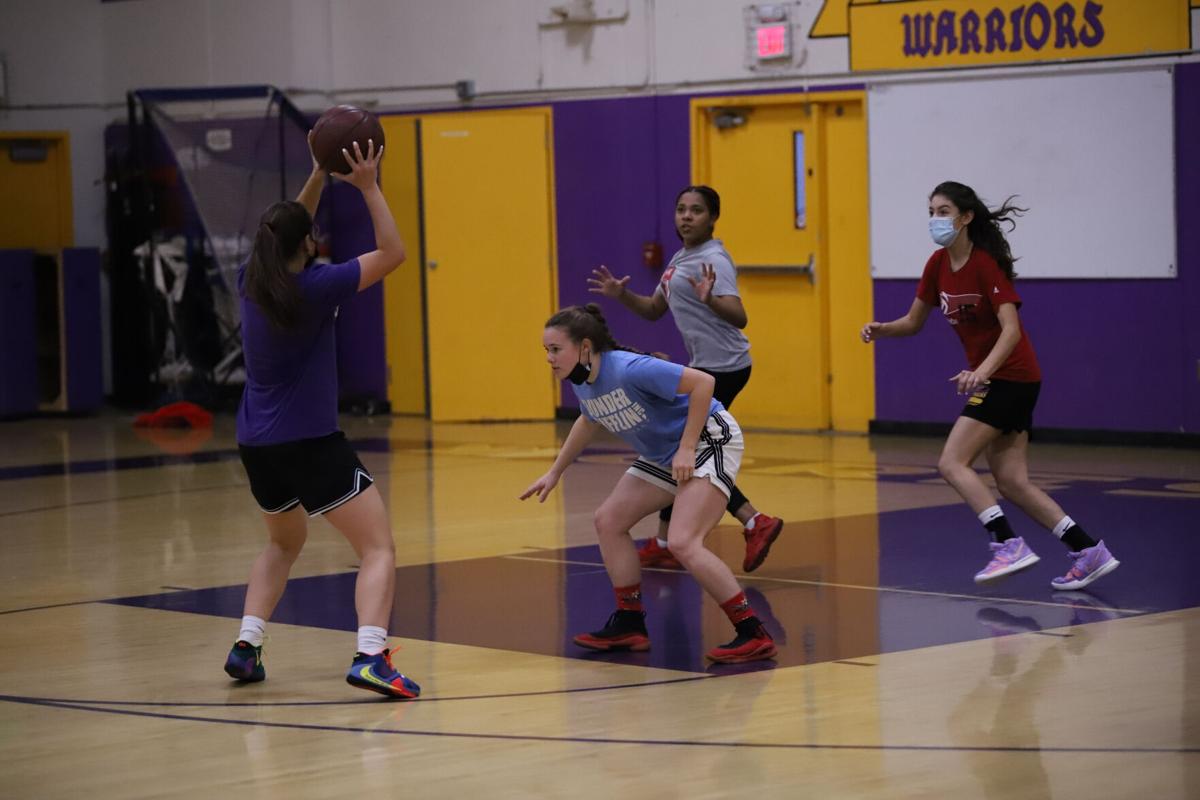 Girls basketball ran through drills and conditioning during their practice Tuesday evening. 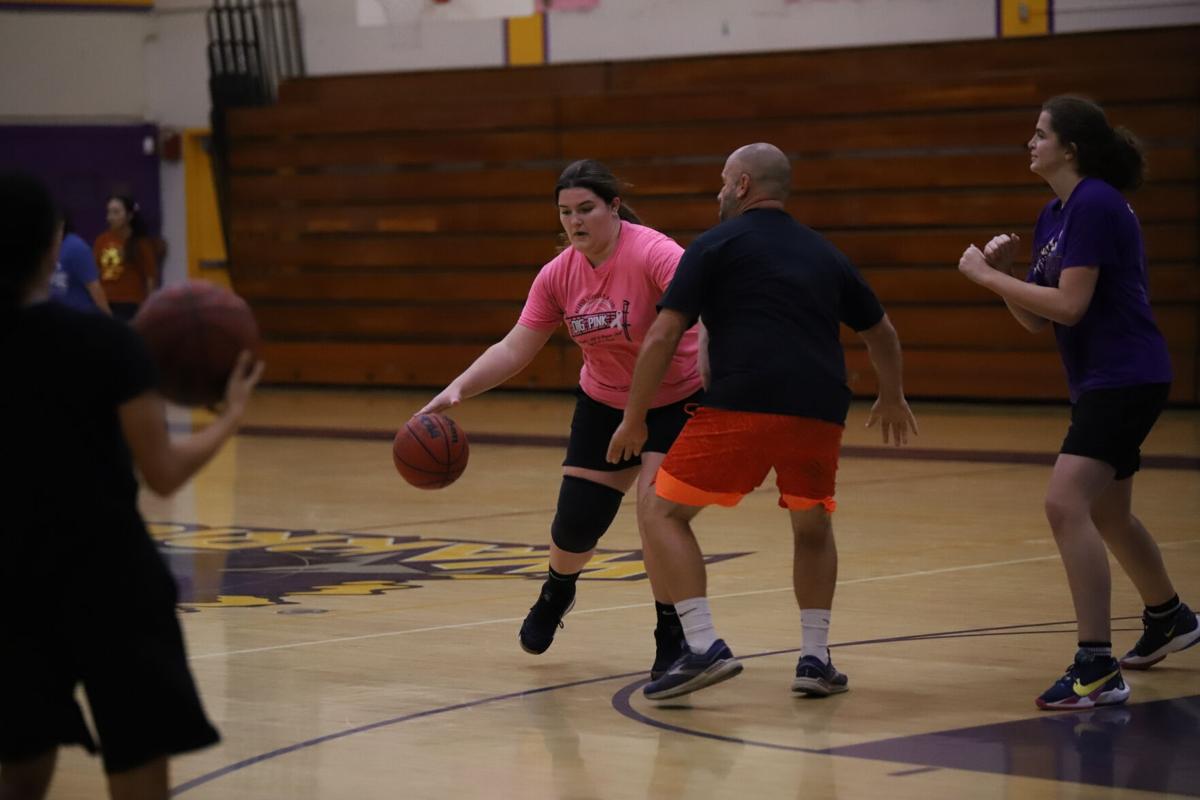 Girls basketball ran through drills and conditioning during their practice Tuesday evening.

The transition from the fall to winter is finally here as so is the new season of sports. Girls basketball practices and the prep for the season is underway at Orestimba High school.

For head girls varsity coach Scott Felber, who is in his 20th season of coaching at OHS, he’s prepared and ready to get after it this year with his team. Recently just getting done with try-outs just a few weeks ago, Felber said that this year's team consists of 10 players, three who are seniors since they had a great number of seniors graduate last year. They are still looking in great shape by having a good core of returners, along with the new addition of juniors who were on the undefeated junior varsity team last season, Felber said.

For the Warriors, they spend their practice time working on the fundamentals of basketball as well as emphasizing the purpose of great defense at every practice.

“At practices I want my players to be able to maximize their potential and be the best player they can possibly be and allow that to transition to game time,” said Felber.

Before the practices and try-outs began, Felber hosted off-season conditioning practices over the summer as well in September and October to have his team ahead of the game before they headed into the regular season and regular scheduled practices.

Felber also mentioned that he is extremely happy to have a full schedule this season after having a very short and limited schedule last season due to the COVID-19 pandemic that effected so many school sports across the country.

The Warriors are coming off an 11-2 overall and 9-1 in League from last season, as well as taking the first place position and look to improve and progress their record this year.

Orestimba’s first non-league game of the season will take place Nov. 20 in an away game against the Golden Valley Cougars from Merced. Game time will begin at 1:30 p.m.