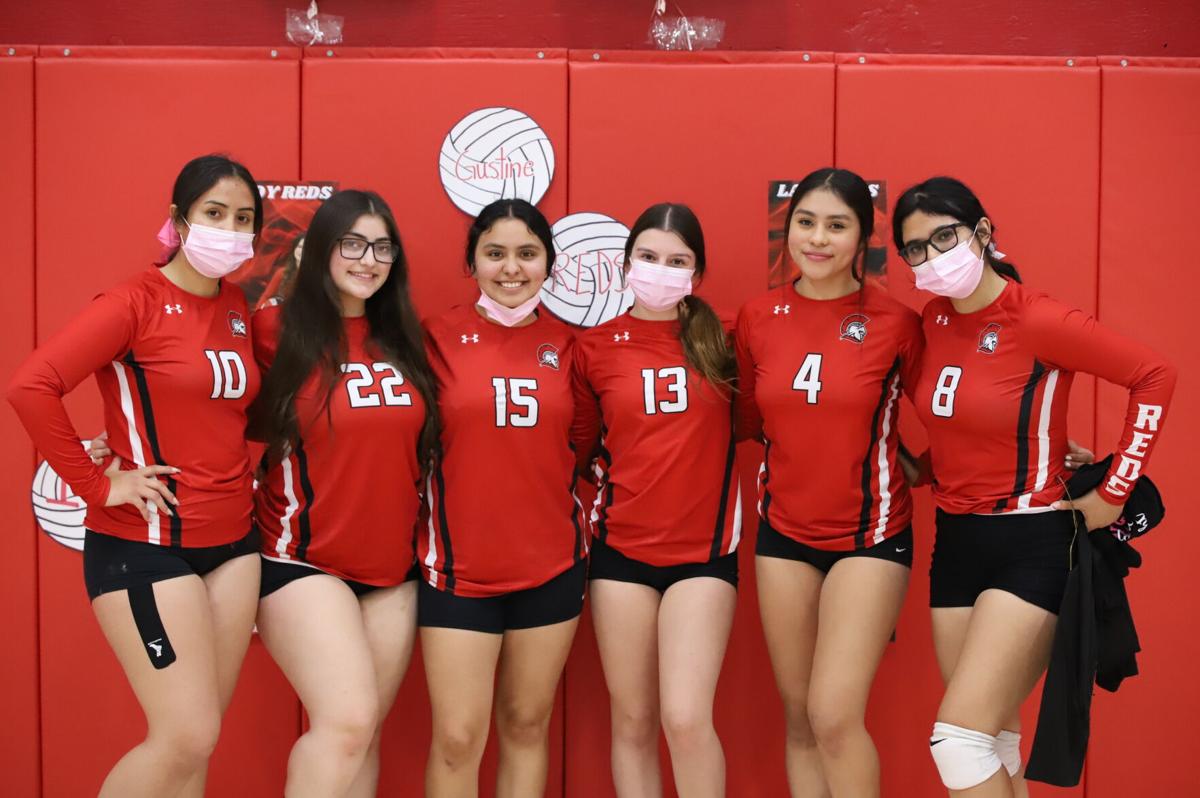 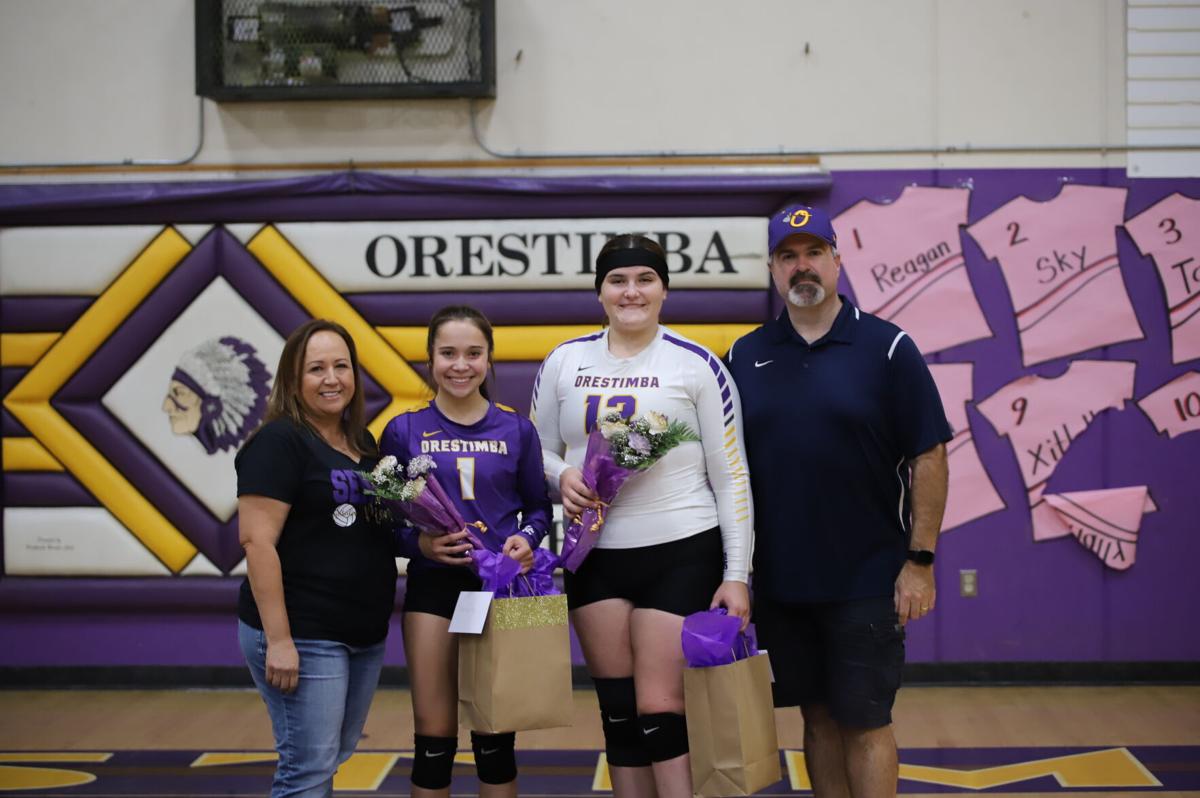 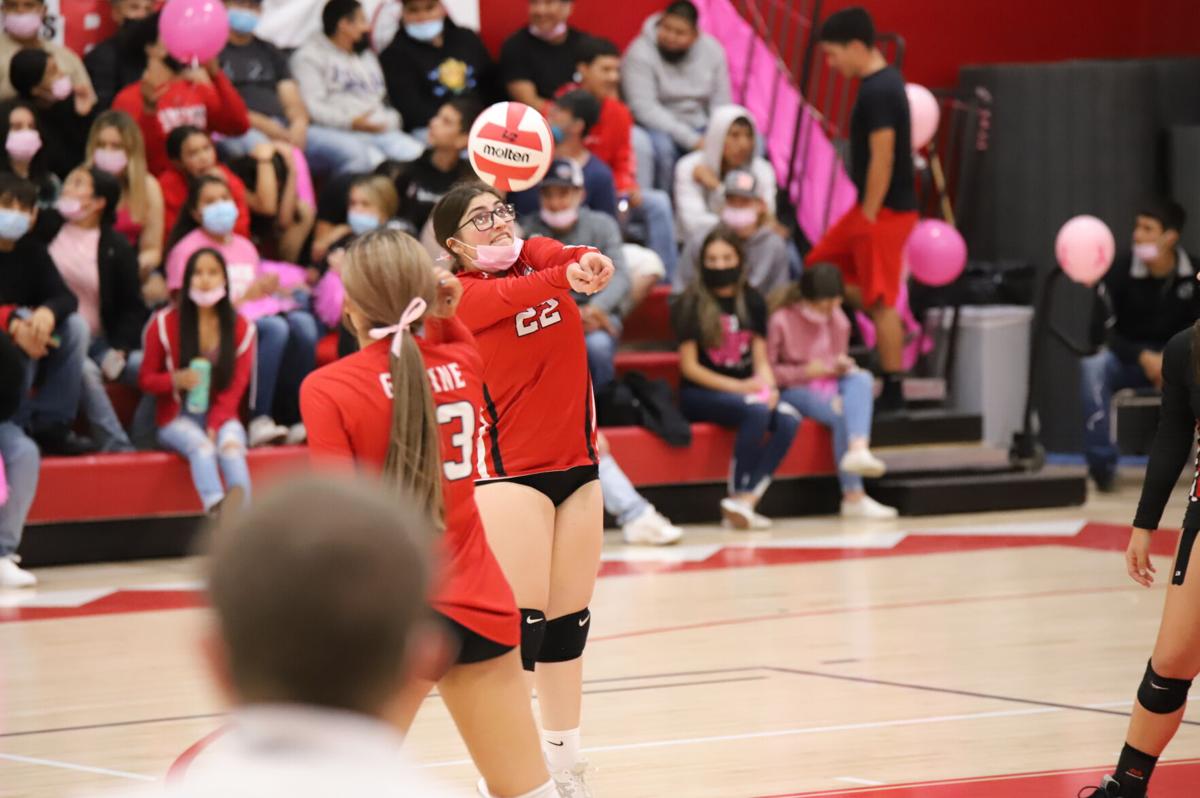 Reina Maldonado focuses on the ball and prepares to pass the ball to a teammate. 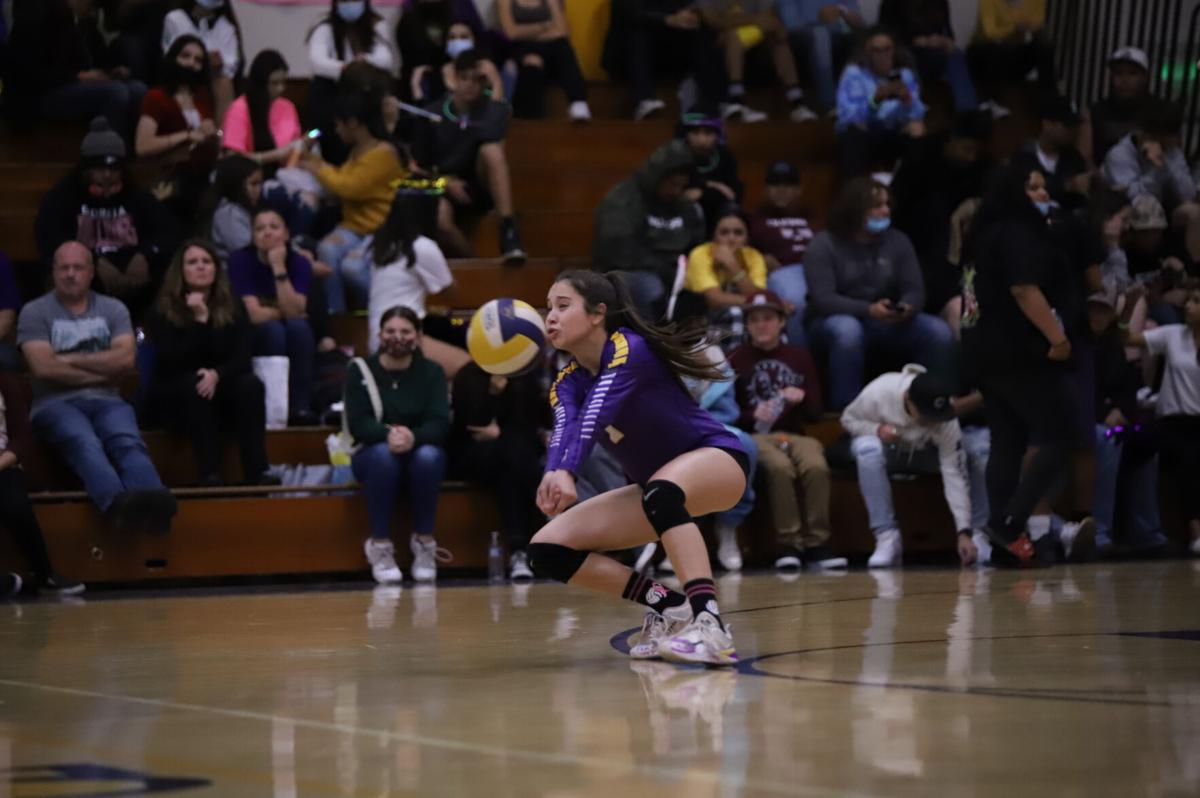 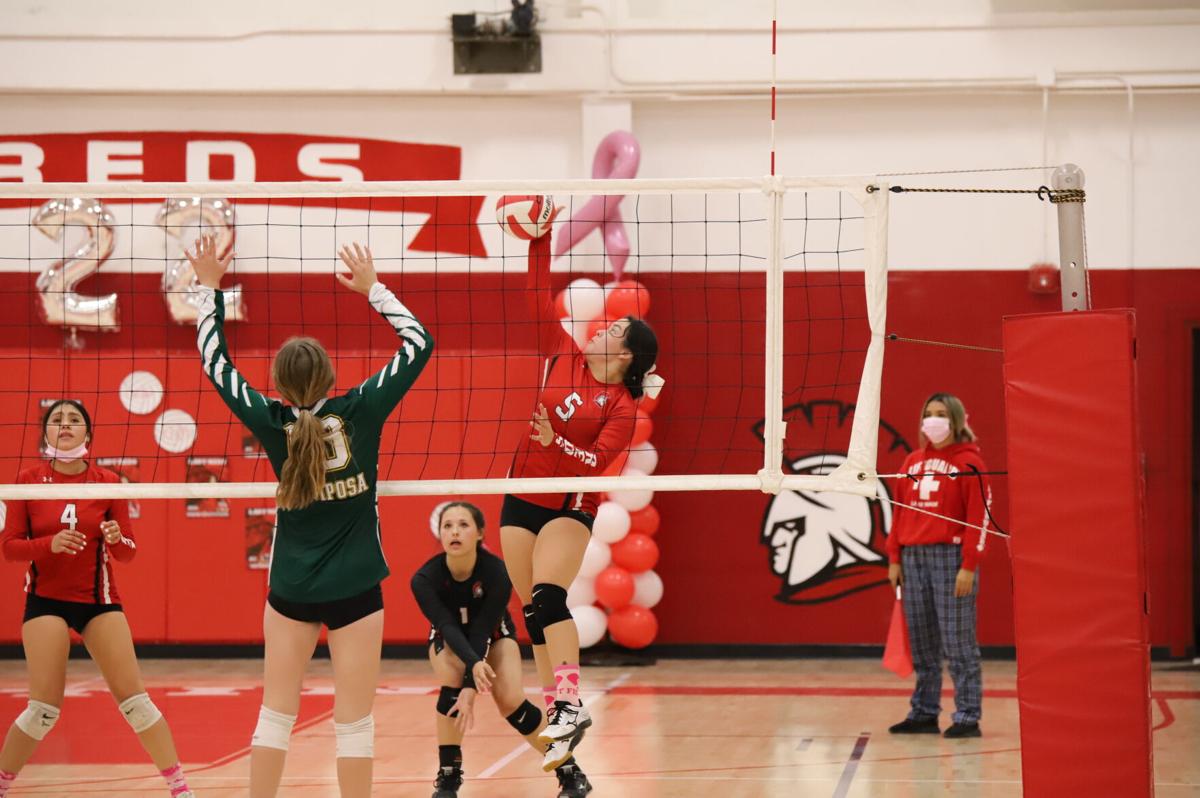 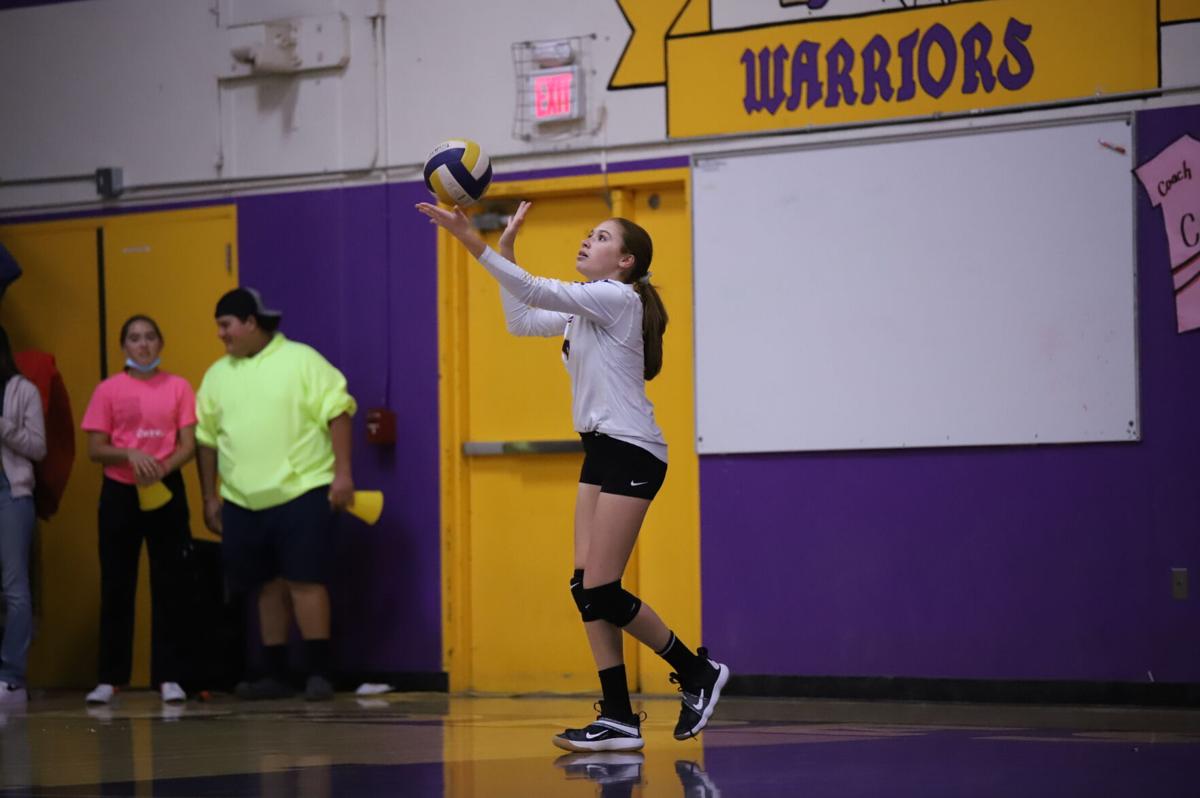 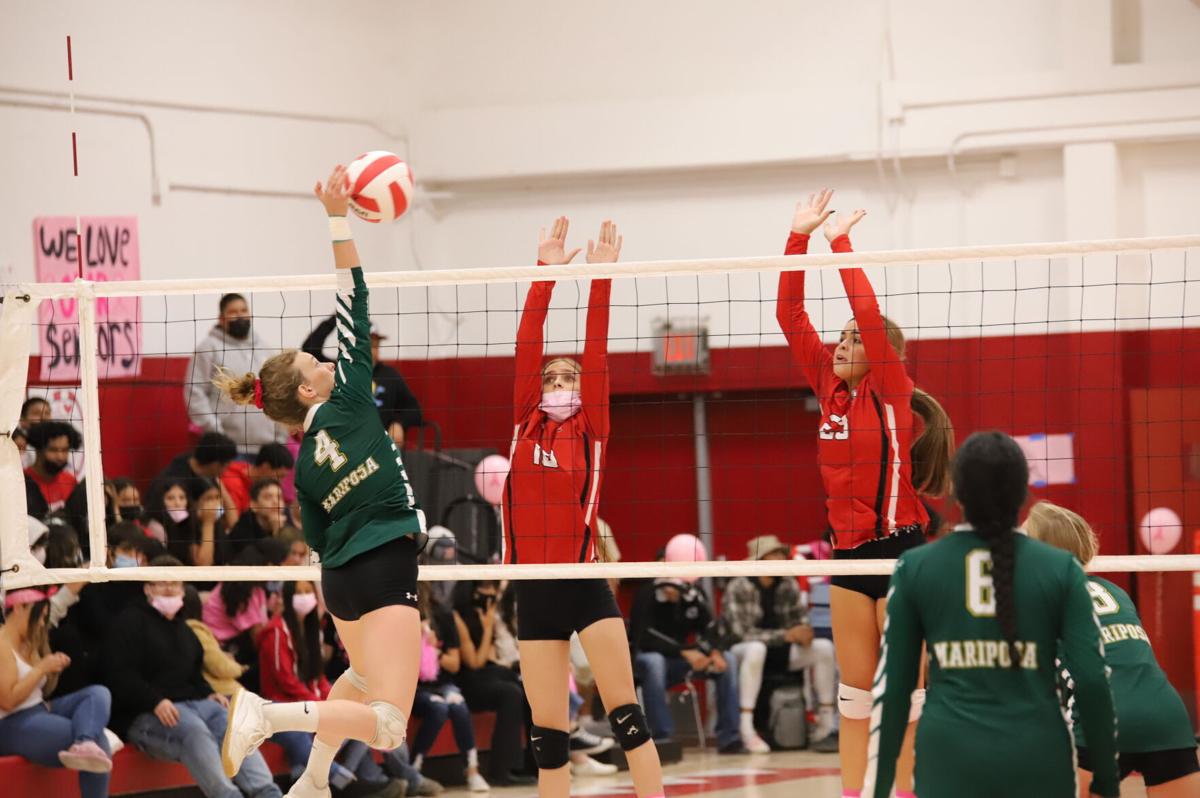 Ashlyn Erickson (left) and Frankie Miske attempt to block the ball from a Mariposa hitter.

Reina Maldonado focuses on the ball and prepares to pass the ball to a teammate.

Ashlyn Erickson (left) and Frankie Miske attempt to block the ball from a Mariposa hitter.

It was senior night on Oct. 20 for the Warriors along with their final home game of the season against the visiting Denair Coyotes (0-11 overall; 0-10 SAL). Orestimba put on a great performance for their crowd and seniors along with coming away with a 25-8, 25-9, 25-9 victory. The Warriors conclude their season with no playoff berth this year going 10-13 overall and 8-5 in the Southern Athletic League.

Xitlally Herrera lead the attack with seven kills, as Ciera Thiboderau contributed six kills and one block. Right behind her was Janessa Marquez who chipped in five kills and five aces on the night. On the defense, senior Natalie Velasquez racked up five digs to help the Warriors to the victory as well as three aces. For setter Sky Felber she helped out with 19 assists and six aces to lead in that category.

Olivia Gray and Thibodeau both led the attack; Gray with eight kills and Thibodeau with five. For the defensive side of the ball Libero Reagan Matthews led with a high of 15 digs and Joslyn Sotelo was right behind her with 13. Marquez and Gray racked up two aces each, Thibodeau added five blocks for good measures and for Setter Felber she helped out her team with a total of 16 assists.

The JV Warriors took a two games to zero win over the visiting Denair Coyotes, with scores of 25-14, 25-13.

Frankie Miske had a great all around performance with five kills, three aces, and two blocks to lead the offensive. Leilani Aguilar wasn’t too far behind her with eight kills, and two aces of her own. Alexis Gallichio also contributed to the offense with four kills and three aces. For defense Ryanna Kuden lead the way with five digs, Christina Moitozo had four of her own, while Reina Maldonado and Alexandra Lopez each had three digs. As for setter Natalie Cruz she contributed 15 assists and seven aces on the night.

Later in the week the Reds faced off against the host Delhi in their final match of the season. Gustine prevailed with a 25-21, 25-12, 25-17 victory over the Hawks.

The JV Reds took two tough losses to the Grizzlies on Oct. 18, with scores of 19-25, 8-25. Joslin Tovar led the attack with three kills and five aces, while for defense Mikayla Silveira had three digs.