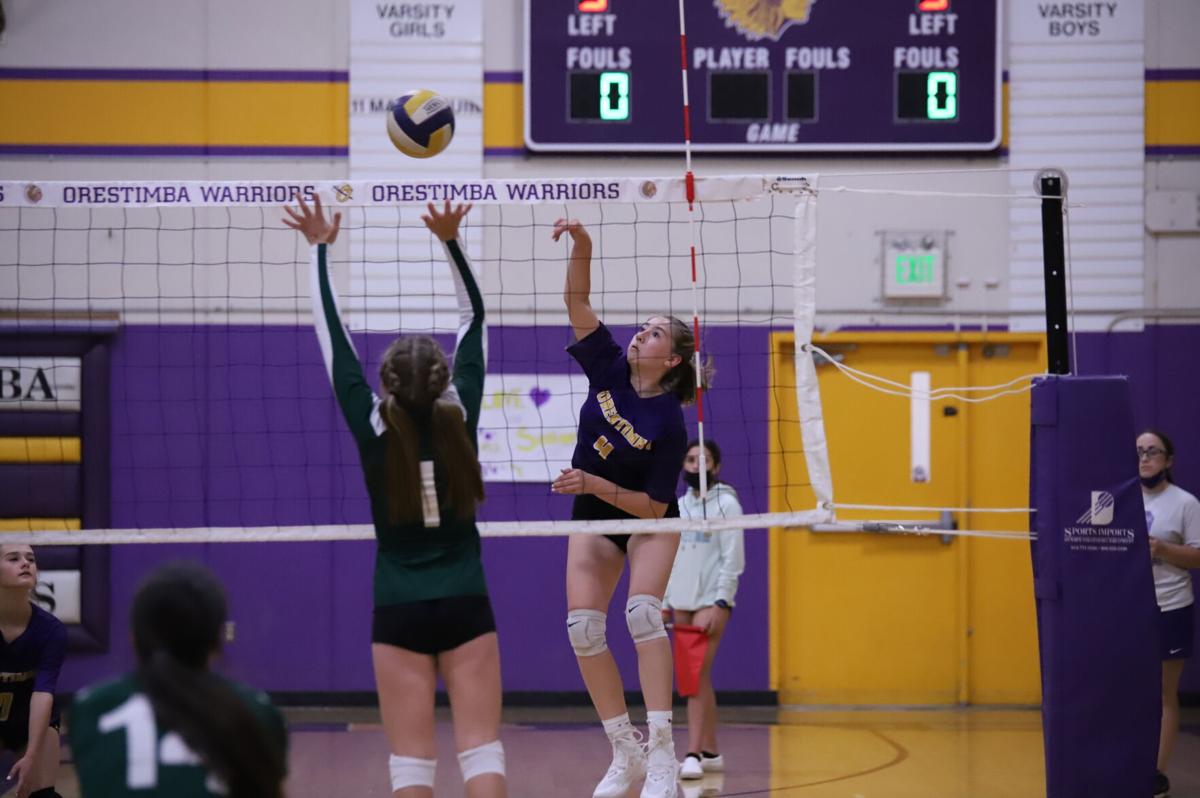 Rhyan Marroquin makes the play at the net for the jv Warriors. 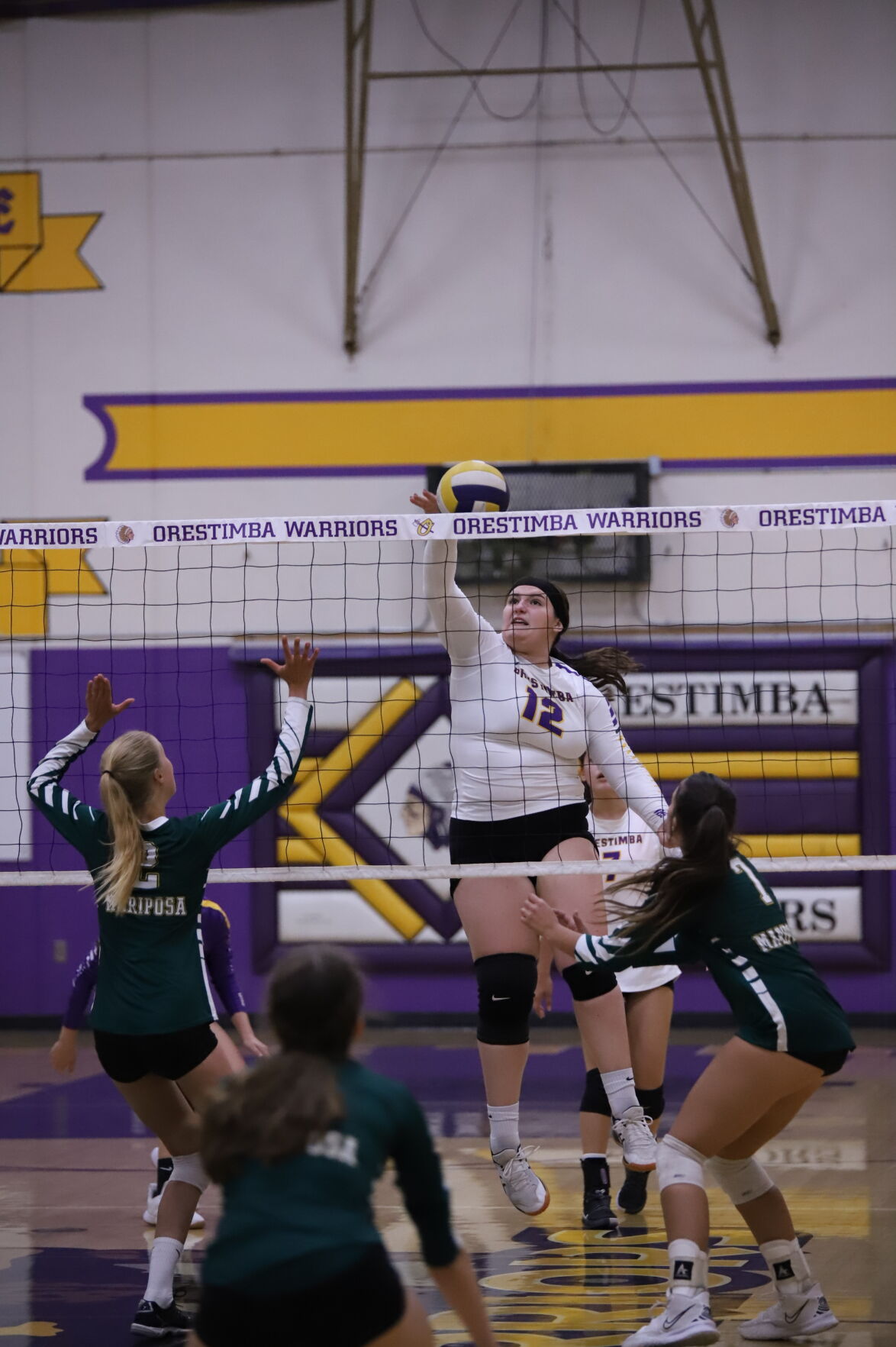 Ciera Thibodeau makes the offensive spike at the net for the Warriors.

Rhyan Marroquin makes the play at the net for the jv Warriors.

Ciera Thibodeau makes the offensive spike at the net for the Warriors.

The Orestimba Warriors volleyball team improved their Southern League record after beating the Mariposa Grizzilies last week 3-0 with the scores of 25-20, 25-15, 25-15. They take their record to 5-2 (7-9 overall) having them right in the third place position right under Le Grand (SAL 6-1), who is in second and Ripon Christian (SAL 8-0), who is currently the league’s leader.

Janessa Marquez, one of Orestimba’s lead strikers, led the offense with 10 kills and five aces. Right behind her was Olivia Gray with five kills and three aces. On the defensive side of the ball Reagan Matthews came away with an amazing performance of 17 digs on the night and chipped in four aces. While Orestimba’s setter Sky Felber had her hand at 17 assists.

Xitlally Herrera had an incredible 13 kills and two aces to lead the Warriors in scoring.  Janessa Marquez had seven and Olivia Gray chipped in five. On the defensive side of the ball Ceira Thibodeau and Taylor Gray had one block each. Olivia Gray led the defense in digs with eight, while Marquez, Reagan Matthews and Sky Felber each had five recorded on their stats. Felber added four aces to her stat sheet, and Natalie Velasquez added two aces for good measure.

The JV Warriors came up short in two against the visiting Mariposa Grizzlies with the scores of 23-25, 14-25.

The Warriors received one win overall in four games during the tourney against the Hughson Huskies. The West Siders received third overall for the tournament.

The Gustine Reds volleyball team dropped their SAL record to 3-6 throughout the week with the three games they played.

Frankie Miske had a great all around effort for the Reds with five kills, one block and two aces. Also adding to her stats was Leilani Aguilera with five kills as well and three aces, while Natalie Cruz chipped in three aces.

Alexis Gallichio and Shandel Aguilera both led the offense with six kills. While Frankie Miske added five kills and three aces to their win and Leilani Aguilera pitched in four kills and four aces.

Leilani Aguilera led with a solid all around effort with eight kills, three digs and three aces. Not far behind was teammate Frankie Miske with seven kills, two aces, and two blocks. Shandel Aguilera contributed five kills, Alexis Gallichio added four kills and an aces, while Christina Moitozo and Ryanne Kuden had five digs each.

To start off the Week the JV Reds faced off against the Ripon Christian Knights where they took two losses with the scores of 17-25, 18-25.

Joselin Tovar led the way with five kills and four aces, while Laiah Naghai Knox was not too far behind with two kills and five aces of her own.