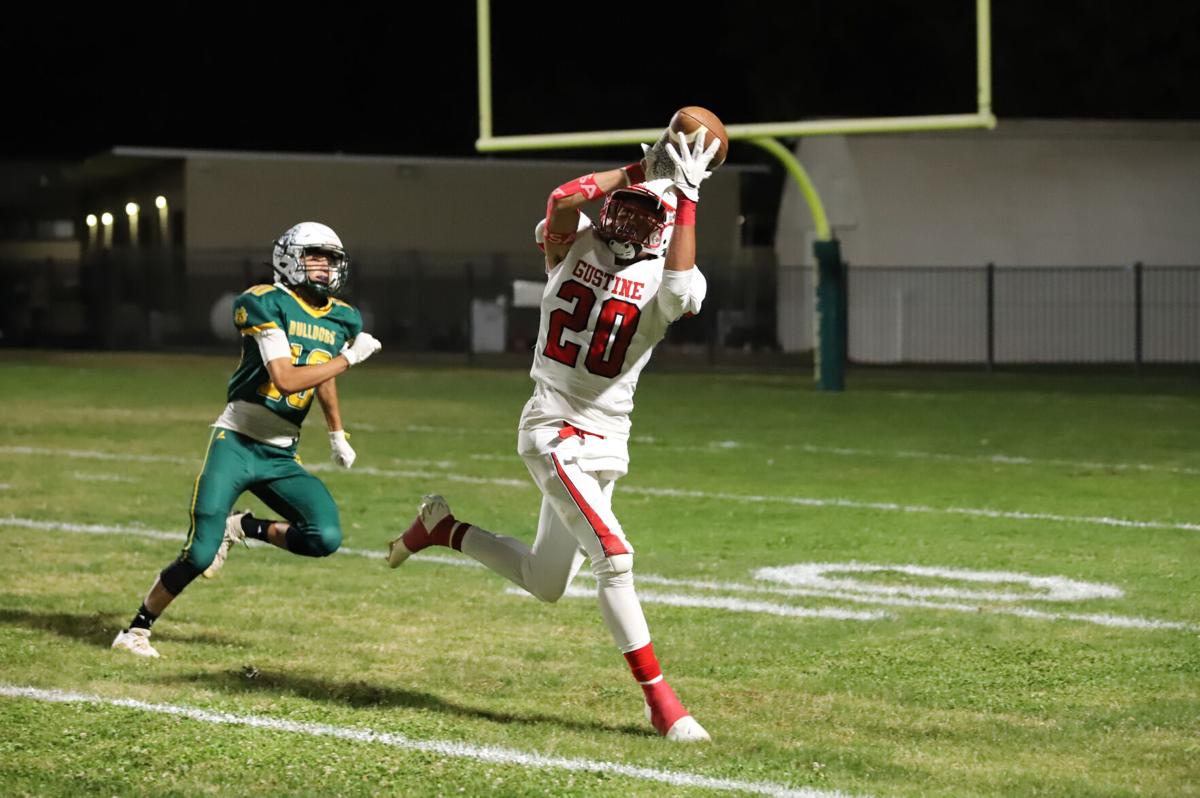 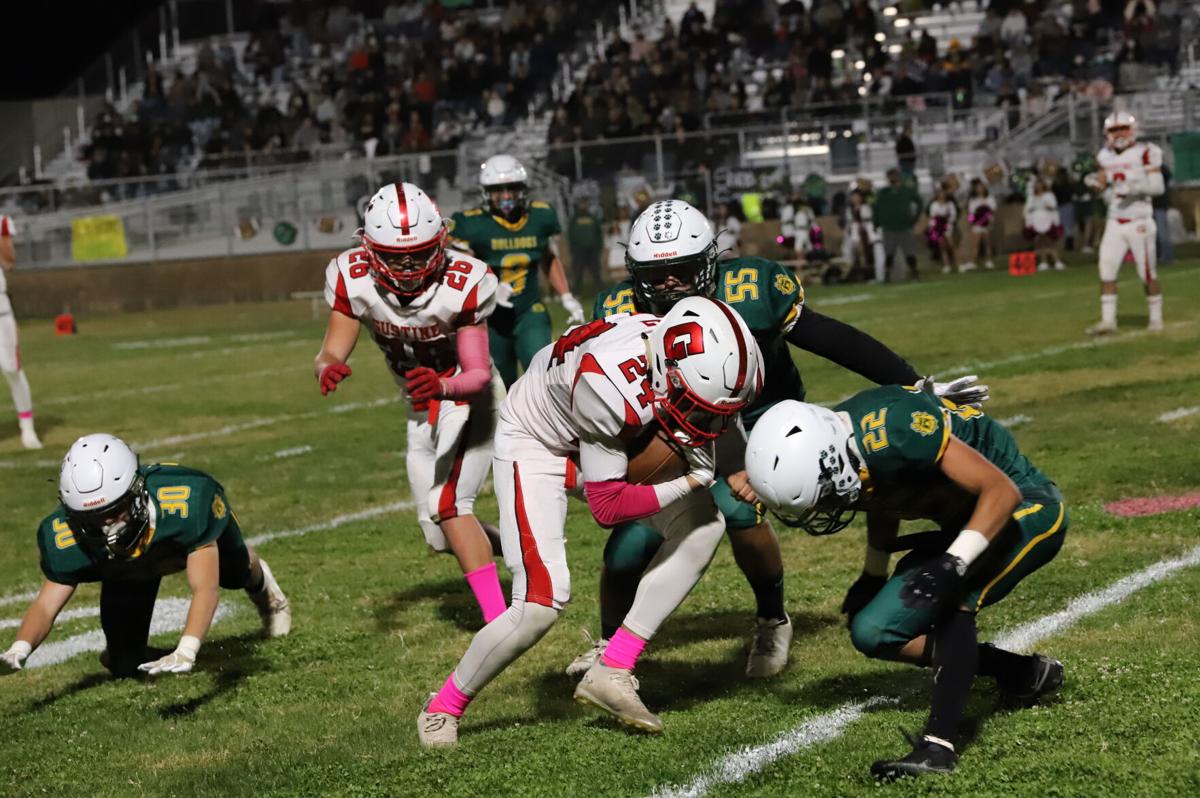 Senior Jonathan Banuelos prepares to make contact with a Bulldog defender and pick up a few more yards.

Senior Jonathan Banuelos prepares to make contact with a Bulldog defender and pick up a few more yards.

The Gustine Reds traveled to Le Grand (4-4 overall; 3-2 SAL) this past Friday night to face off against the host Bulldogs in a game that went to double overtime and gave the crowd a game they will be talking about for a while.

It was a back and forth battle between the two teams, where the Reds had the ball on their final offensive possession of double overtime and they were able to march down the field close enough for a 39-yard field goal attempt by Danny Hernandez. He was able to put it up through the uprights and send Gustine home with a hard fought 31-28 victory over the Bulldogs.

The varsity Reds (3-4 overall; 3-2 SAL) were coached Friday night by JV head coach Ronnie LaBry after taking over for Paul Nicito, who had to step down for a while due to personal reasons. LaBry said he saw this team with an upbeat attitude the entire game and just felt great momentum from them throughout the night.

The Bulldogs appeared to be in control at the beginning of the fourth quarter and they were looking to take the victory leading 21-14 into the final moments. But they failed to put it into the endzone when faced with a winning attempt and turned over the ball on downs. The Reds took advantage and capitalized with a passing play of their own straight to the back of the endzone sending Gustine into their first overtime.

“When we entered into the first overtime I just knew and felt like we could win this game because the players were fired up and the atmosphere was just positive the entire day leading up until this moment,” said LaBry.

Tied at 21-21 at the start of the first overtime the Bulldogs were able to connect on a passing play straight to the endzone.

Trailing 28-21 with just a few minutes to play, the Reds had to march down the field to force a double overtime. A spike of momentum was seen from the Reds when they were able to get the ball within the Bulldogs own 25 yard line allowing a 25-yard quarterback keeper from Gio Quezada that was taken to the endzone to take the Reds and Bulldogs into the second overtime of the night.

“I knew we just had to get close enough for at least a field goal because I knew I could trust in (Danny) Hernandez with his leg power to kick it through the goal,” said LaBry.

The field goal unit was sent onto the field and Hernandez lined up a 39-yard field goal attempt and sent the ball through the uprights, sending Gustine home with a hard fought victory.

“I’m proud of this team and how they performed,” said LaBry. “They came with a mission and fulfilled it.”

Up next the Reds will face off at home against the Ripon Christian Knights (5-3 overall; 2-2 SAL) a team who has some size and some speed on the Reds in this match up. Game time starts at 7:15 p.m.

“I know the momentum from the Le Grand game will transfer into this Friday’s game, but I know we can’t take this game lightly at all because they have some size and elements we need to watch for,” said LaBry. “Overall and I’m emphasizing this to my team, that we just need everyone to do their assignments and stay focused and that will allow us to compete with Ripon Christian.”