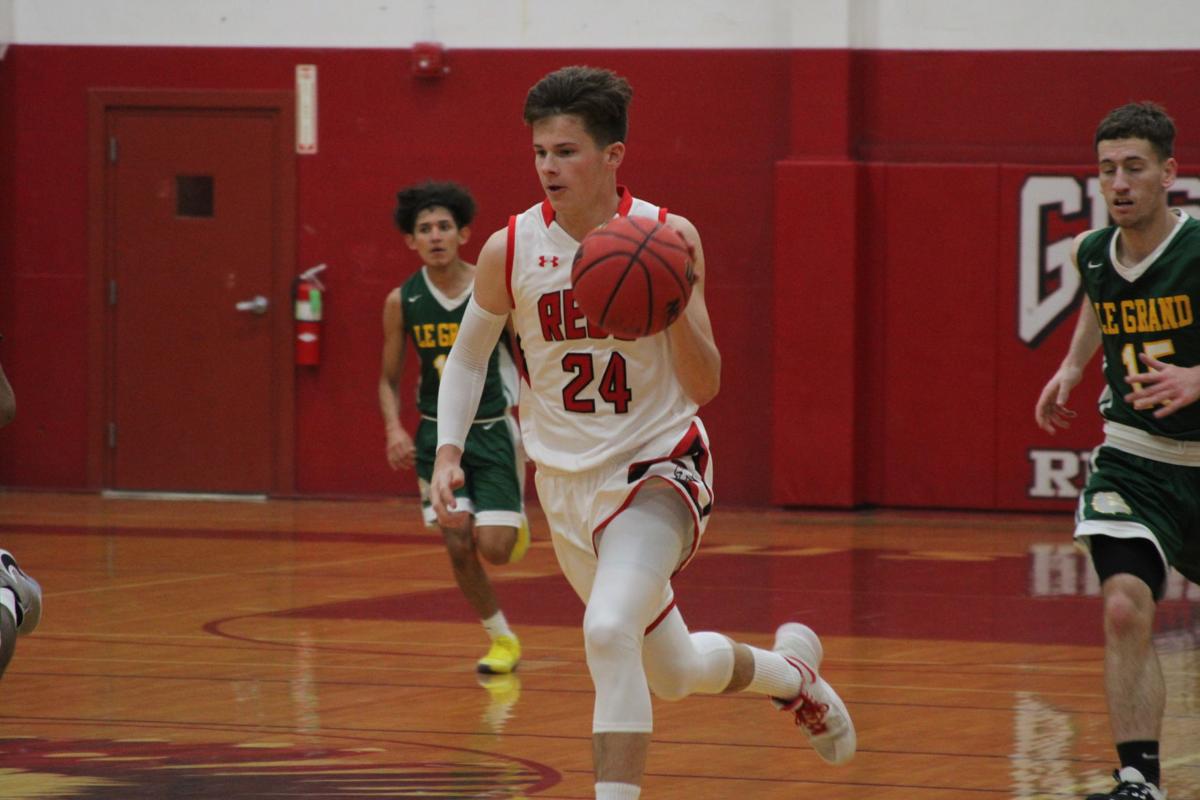 Nathan Nunes brings the ball up the court for the varsity GHS Reds against Le Grand. 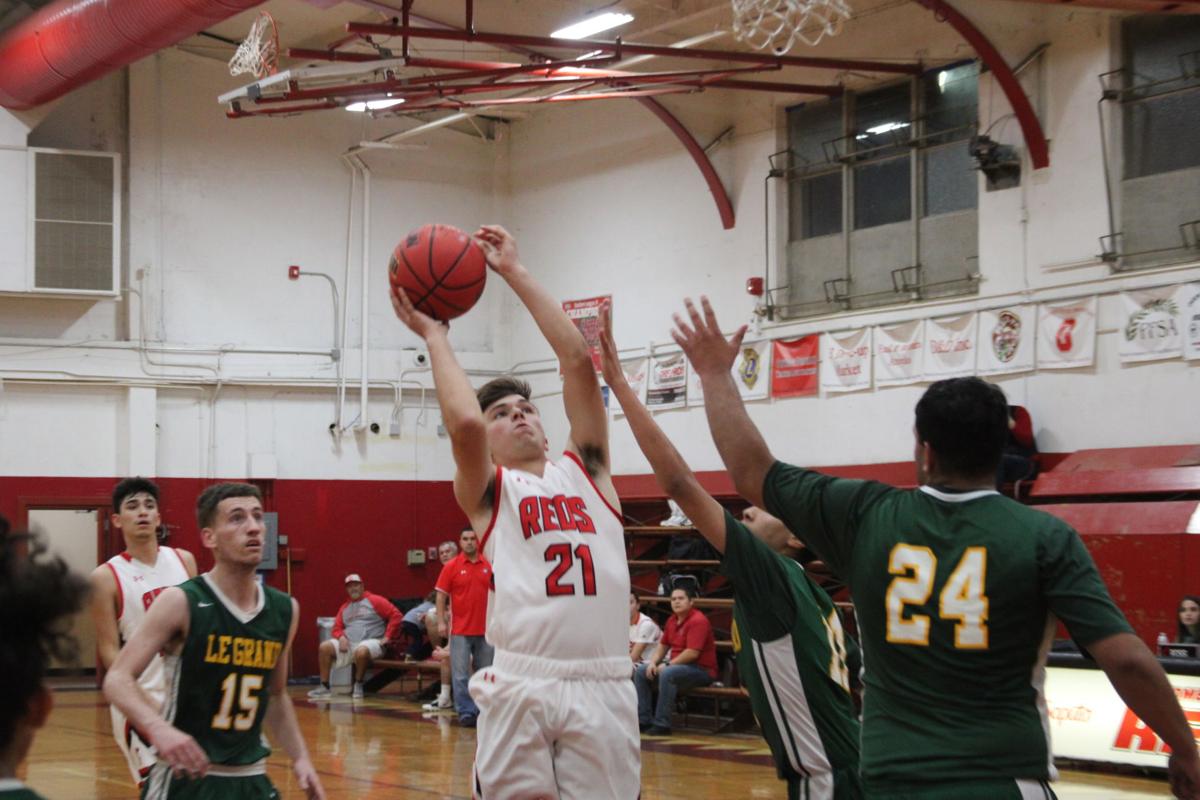 Nathan Nunes brings the ball up the court for the varsity GHS Reds against Le Grand.

The Reds got contributions from across their lineup in the 62-52 victory.

Gustine led by just three at the half, 27-24, but pulled away after break for the double-digit win.

Gannon Silva poured in 21 points for the Reds and also dominated the boards for the home team.

“His effort and energy were huge reasons why we were victorious over Le Grand,” noted head coach Kingsley Borba. “He had his best game of the season.”

Gustine got scoring support from across its lineup.

“I was pleased with how many different players were able to contribute offensively,” Borba commented.

The Reds were down 20 at the half and could not erase the deficit against a solid Denair team Friday.

“I was happy with our improvement in the second half, but the first half deficit was too much to overcome,” Borba commented. “Denair proved themselves as one of the top teams in the Southern League.”

Nunes and Bettencourt each put up 10 points to lead the West Siders. Perez finished with six, Martin was in the book with five points, Silva and Quezada each scored four and Gomes and Adrian Morales chipped in with two points each.