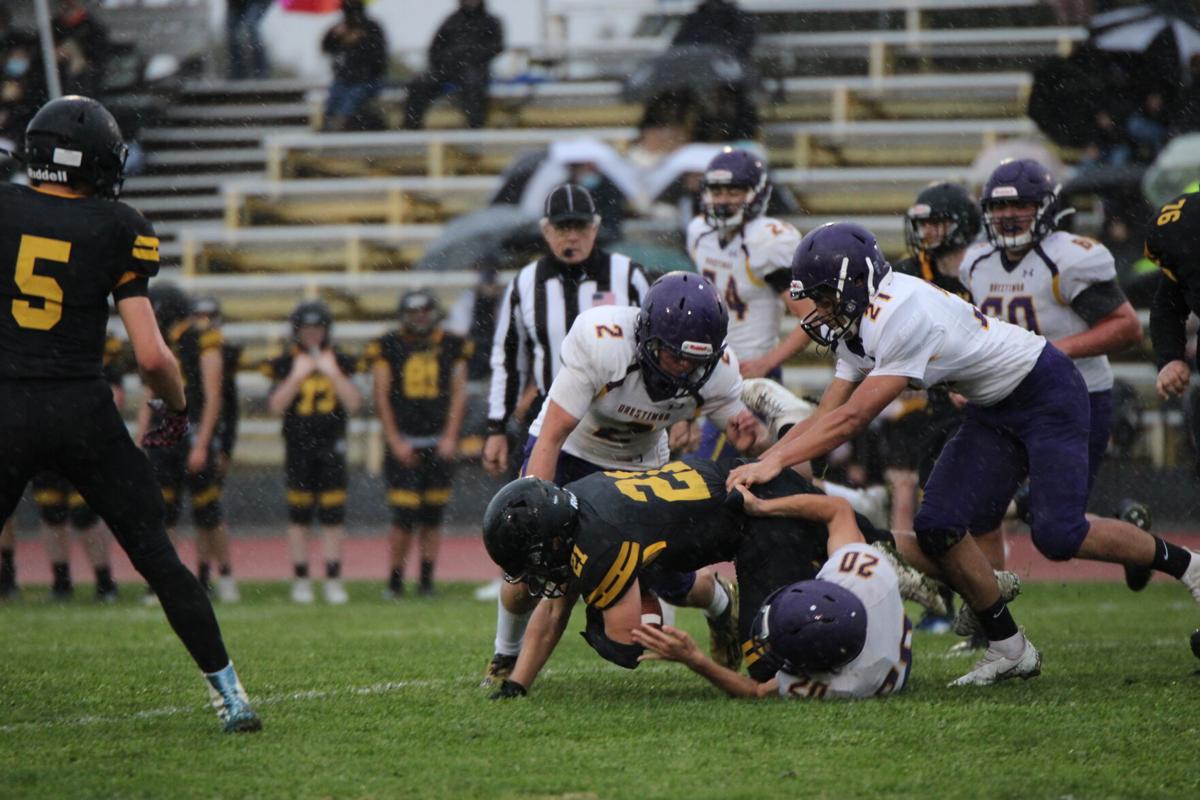 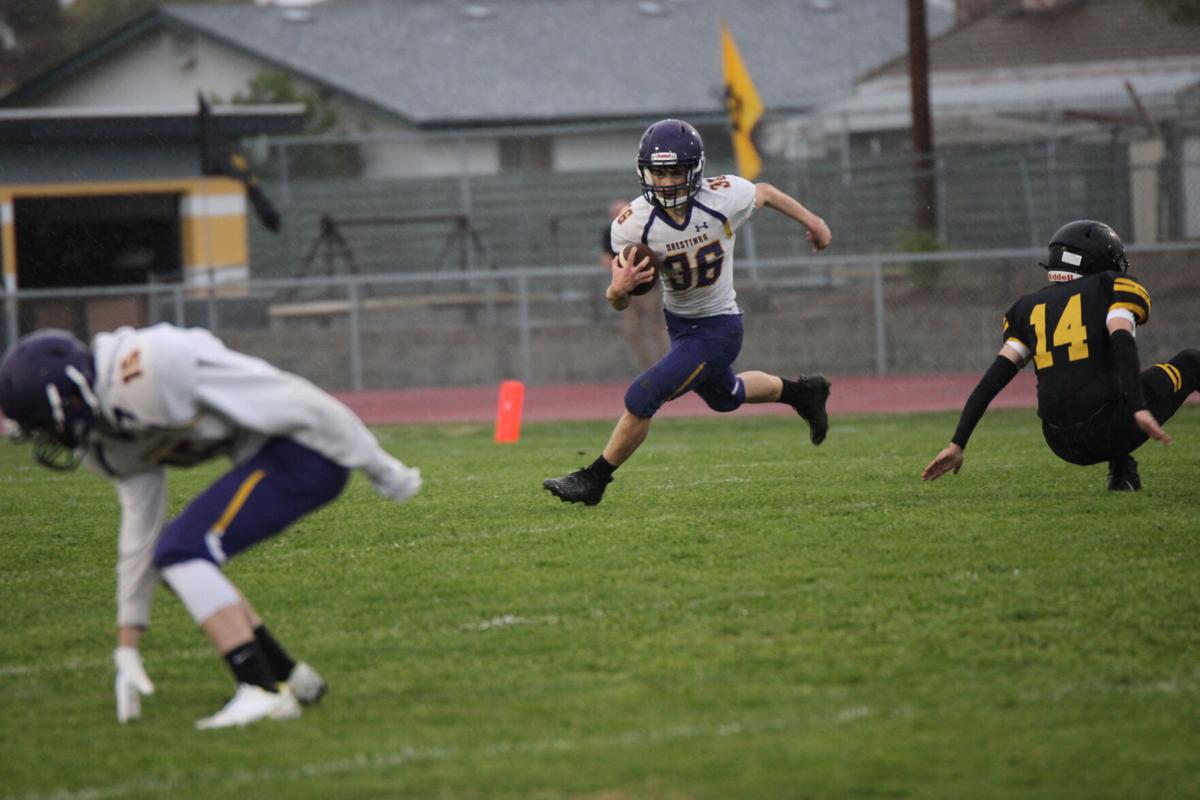 Drake Perez picks up yardage for the junior varsity Orestimba Warriors against Hughson.

Drake Perez picks up yardage for the junior varsity Orestimba Warriors against Hughson.

The Huskies took advantage of big plays in the second quarter to build a 35-0 halftime lead and went on to a 49-0 win over the West Siders.

“Offensively we were able to run the ball a little bit, putting up over 100 yards on the ground. With the rain and a wet ball, we couldn’t get our passing game going,” commented head coach Mario Martins. “Defensively we (were) solid in the first quarter but gave up too many big plays throughout the game. We need to work on being in the right position and finishing plays.”

Perez was a defensive leader as well with eight tackles. Esquivez was credited with five tackles, and Vincent Lopez was involved in four.

Martins said he is anticipating improvement over the remainder of the five-game campaign as the Warriors iron out the rough spots and settle into the season.

“We have good players, and they will get better as the season goes on,” commented Martins. “We just need more repetitions on the field.”

The JV Warriors will play Central Valley Friday at 5 p.m. in Riverbank.