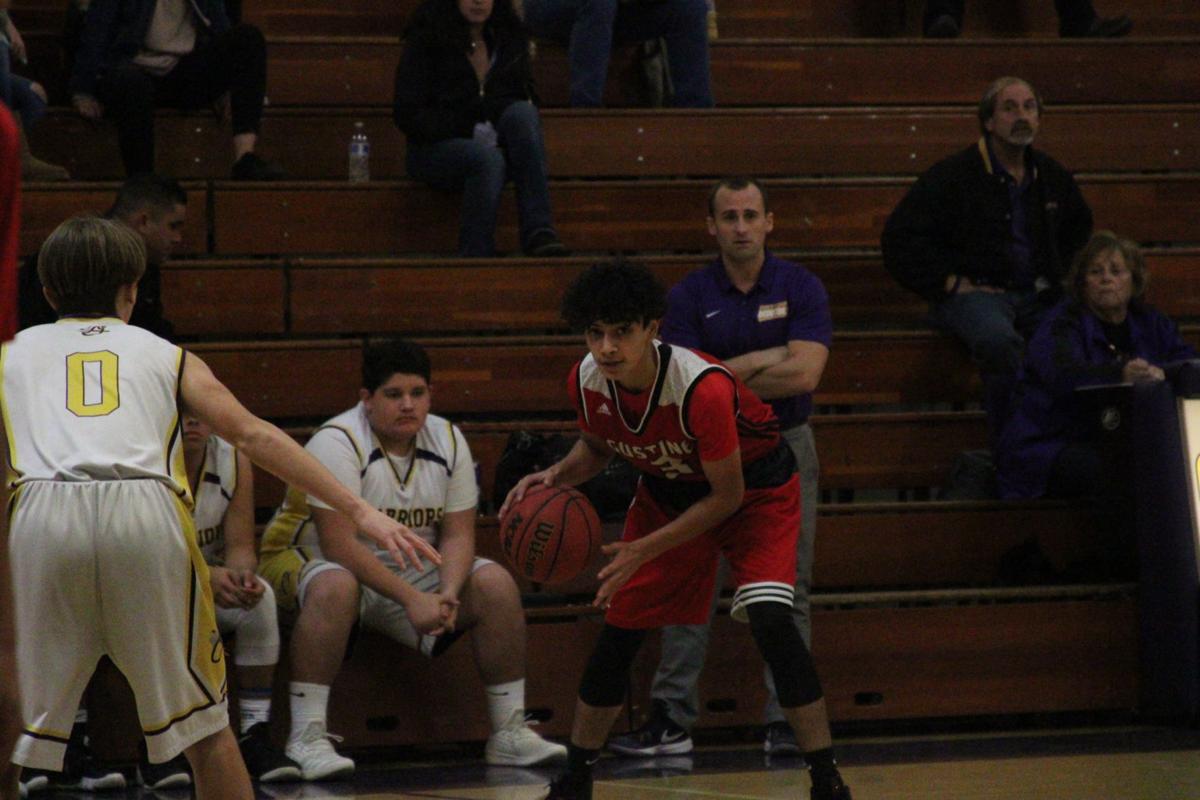 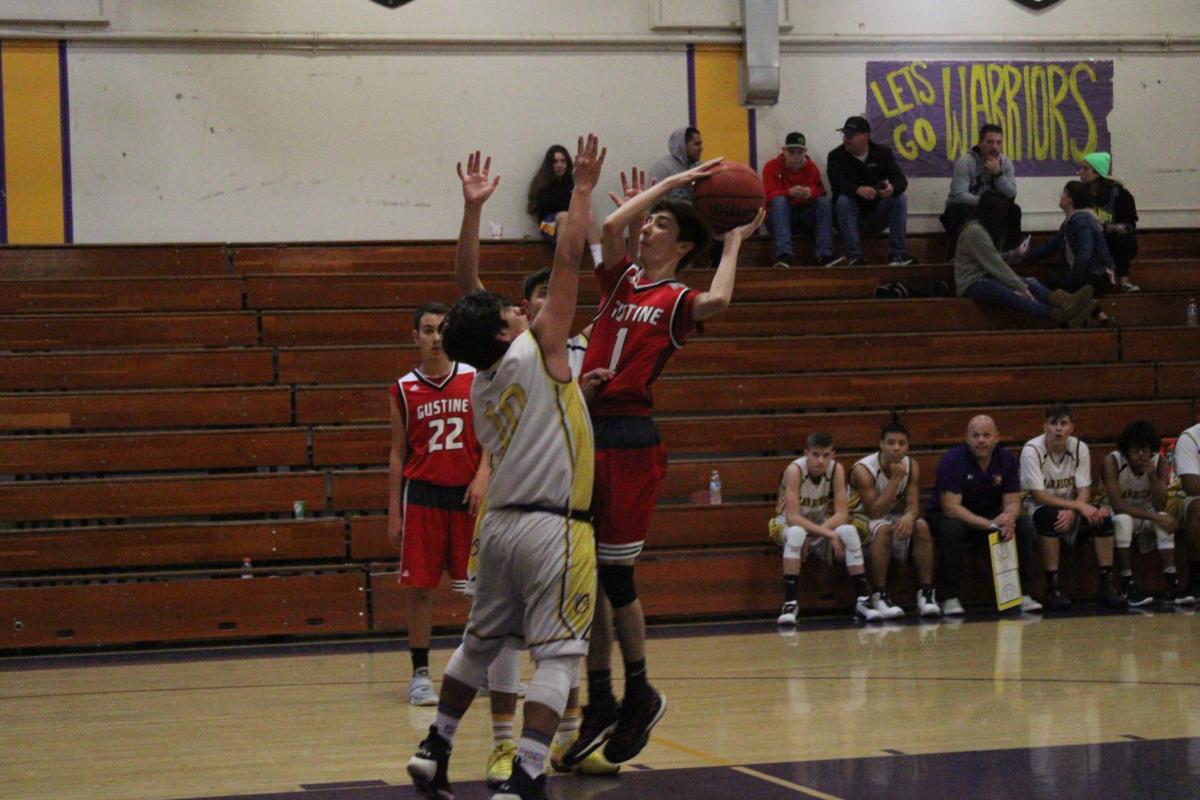 Josue Vega puts up a shot for Gustine in the JV Reds’ tournament game against host Orestimba Thursday.

Josue Vega puts up a shot for Gustine in the JV Reds’ tournament game against host Orestimba Thursday.

Gustine struggled in three games, however, dropping decisions to host Orestimba, Millennium and Galt over the course of the holiday tourney.

Gustine dropped a 57-48 decision to eventual tournament champion Orestimba in its opener Thursday.

The Reds battled back from a 43-29 deficit after three quarters to cut into the Warrior lead but could not overtake the host team.

Two Gustine players finished in double figures. Tyler Borba, who was named to the all-tournament team, led the JV Reds with 13 points. Mateo Gallichio finished with 10. Alejandro Lugo put up nine points for the Reds, Isaac Verdin and Gio Torres each scored five, Sebastian Barrientos was in the book with four and Jose Caballero added two points.

Points were at a premium for both teams in a defensive battle Friday on the Newman court.

Gustine was unable to get its offense clicking until the later stages of the game, as the JV Reds were held to 10 points through the first three quarters by the Falcons.

Gallichio paced Gustine with seven points, Lugo put up six, Borba finished with five, Torres hit a trey and Barrientos was on the score sheet with two points.

The Reds fell to Galt Saturday afternoon to close out the holiday tournament.

Lugo stepped up to lead Gustine with a dozen points. He hit a pair of treys. Torres finished with nine points, Borba chipped in with eight, Verdin netted three and Barrientos and Gallichio each scored two in Gustine’s tournament finale.