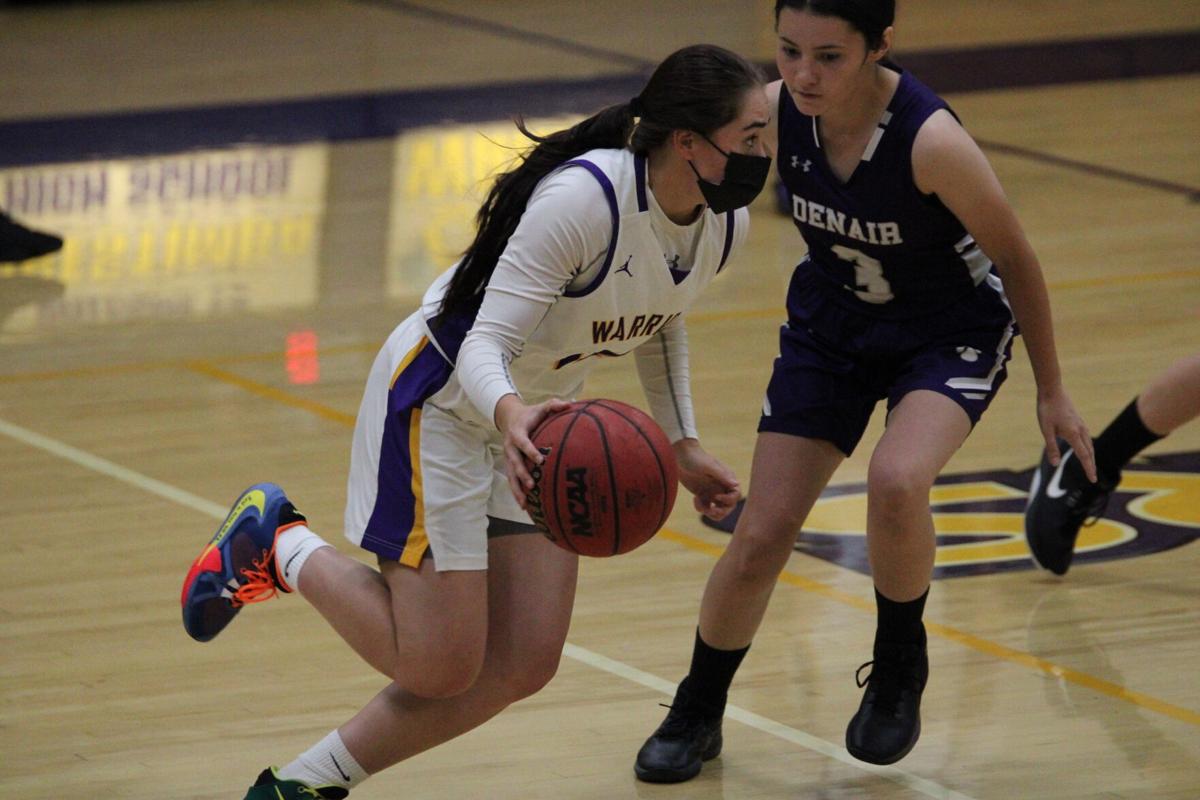 Above, Orestimba's Reagan Marroquin drives past a Denair defender in action last week. 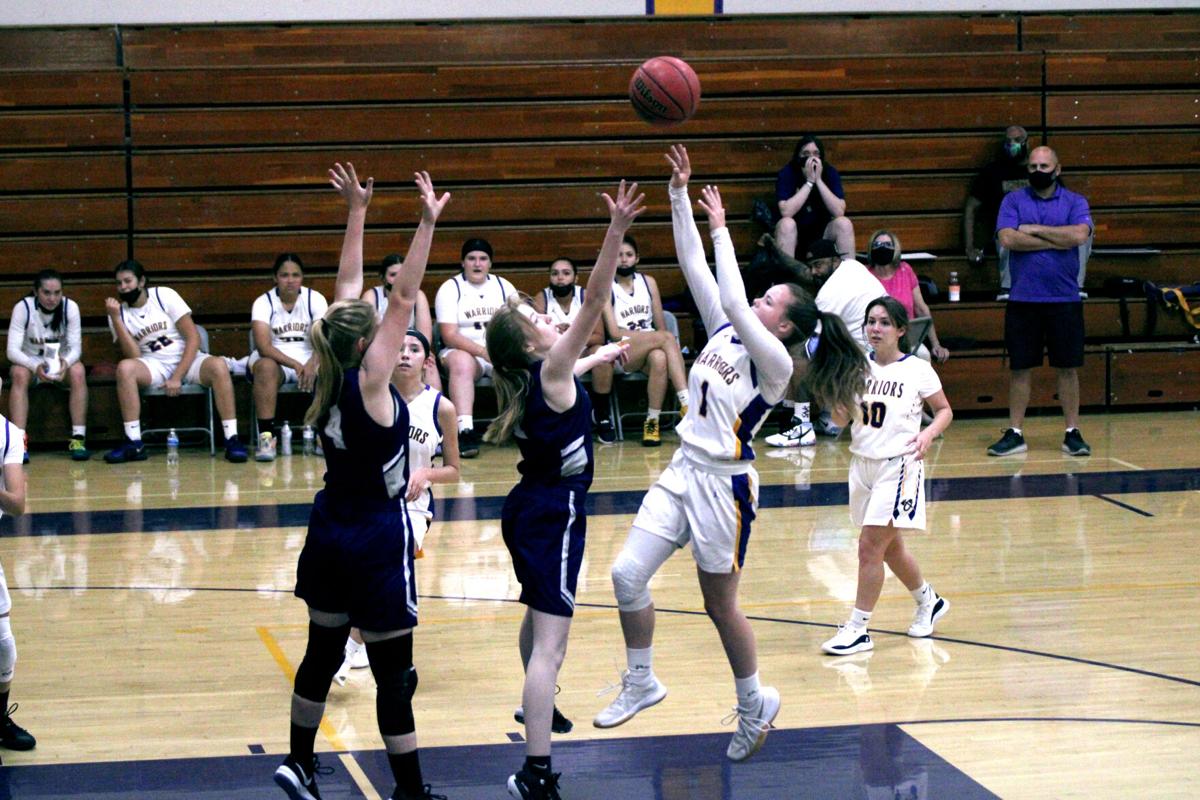 Above, Taylor Gray shoots for two against the Coyotes.

Above, Orestimba's Reagan Marroquin drives past a Denair defender in action last week.

Above, Taylor Gray shoots for two against the Coyotes.

The Warriors built an early 16-7 lead and went on to defeat the Grizzlies 54-27.

Sarah Millan put up 11 points to lead a trio of Warriors in double figures. Grace McCauley and Jade Robinson each scored 10 for the West Siders. Reagan Marroquin and Rubi Parra each were in the book with seven points, Ciera Thibodeau netted six, and Jackie Lujan hit a trey to round out the scoring.

Thibodeau anchored the boards, grabbing eight rebounds on the night. Robinson dished out five assists, while Marroquin came up with three steals.

Visiting Denair was no match for the Warriors last Wednesday.

Marroquin and Thibodeau each lit up the board for 15 points to lead Orestimba. Parra and Millan scored eight each, Elizabeth Lilly netted six, Joslyn Sotelo scored four and Allison Trovao and Grace McCauley each added two points.

Millan rounded out her night with five assistas and five steals. Alia Valenzuela was credited with four steals.

Orestimba played the visiting Crusaders on even terms through a half last Monday before Modesto Christian went on to the win.

The two teams were tied at 17-all going into the break. Orestimba was still within striking distance at 34-30 going into the final eight minutes but the Warriors were held to five points down the stretch.

Millan and Thibodeau shouldered the scoring load for Orestimba with 13 and 12 points respectively. Robinson put up eight, and Parra chipped in with two points.

Millan had a big night on the boards, grabbing 16 rebounds.