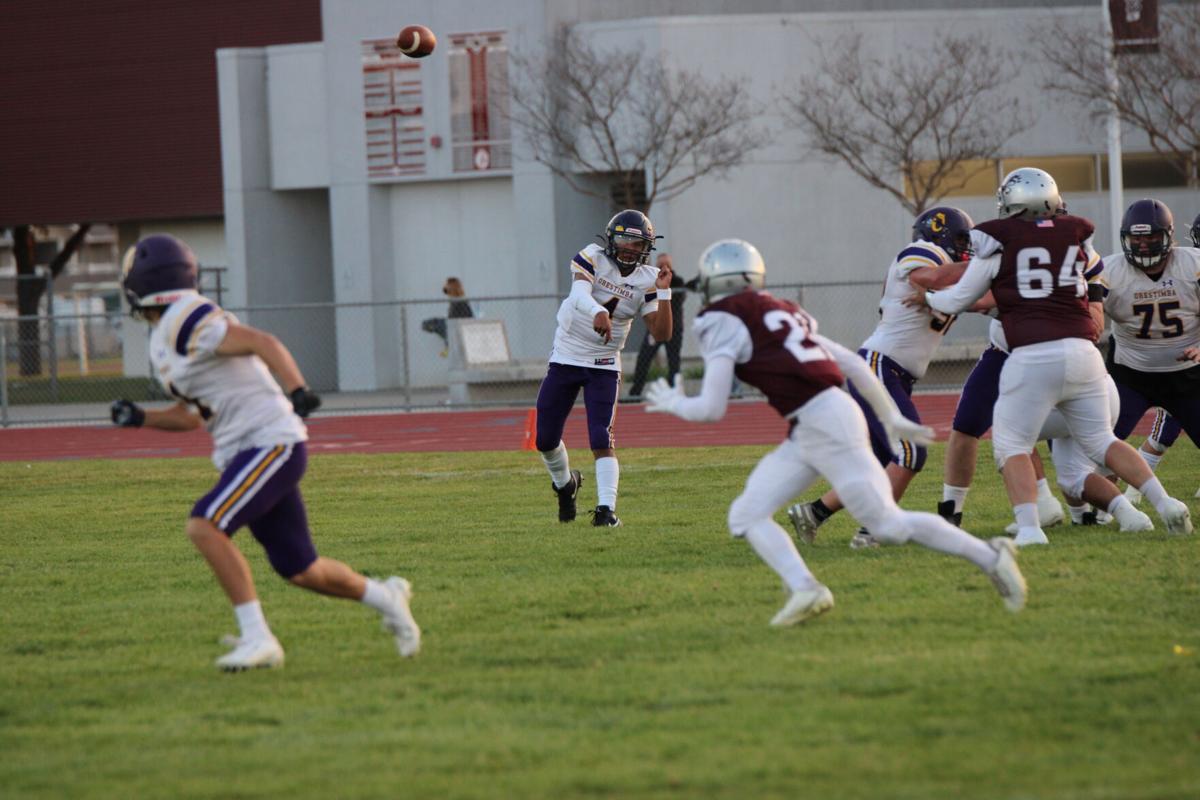 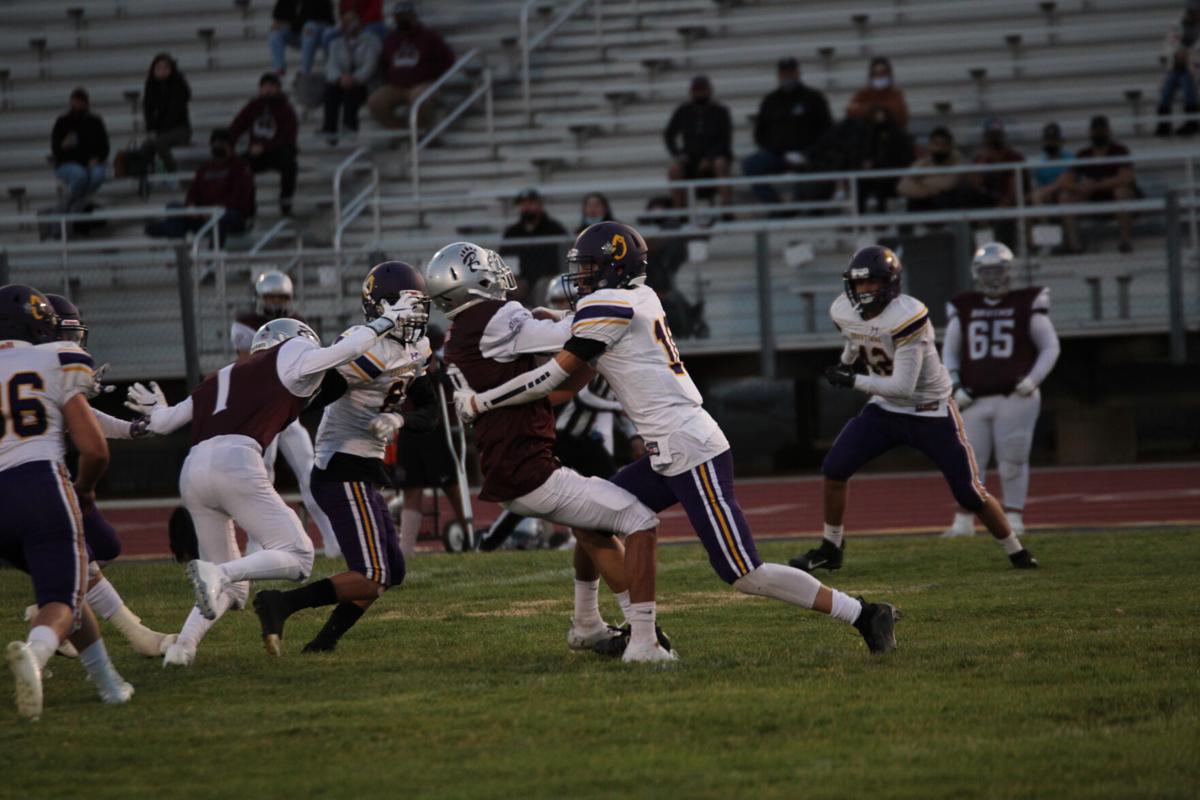 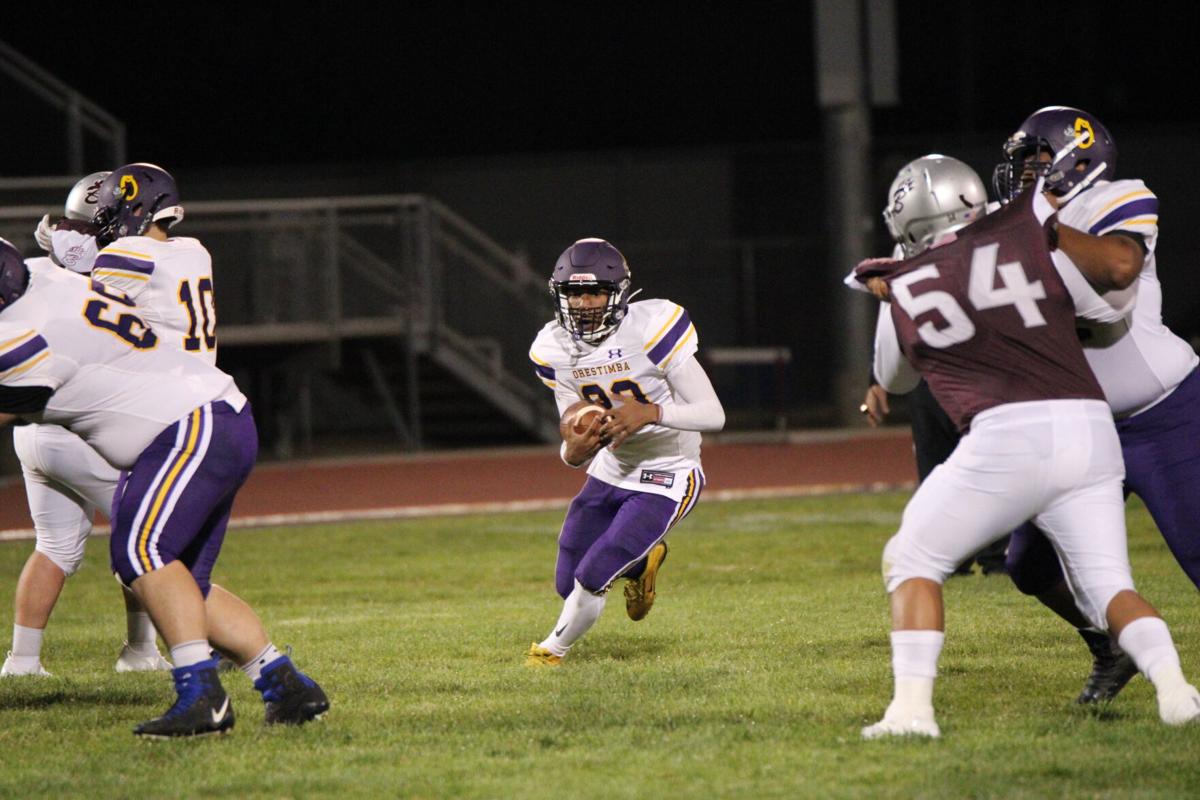 Lazs King picks up yardage for the varsity Warriors during Orestimba's win at Riverbank Thursday. 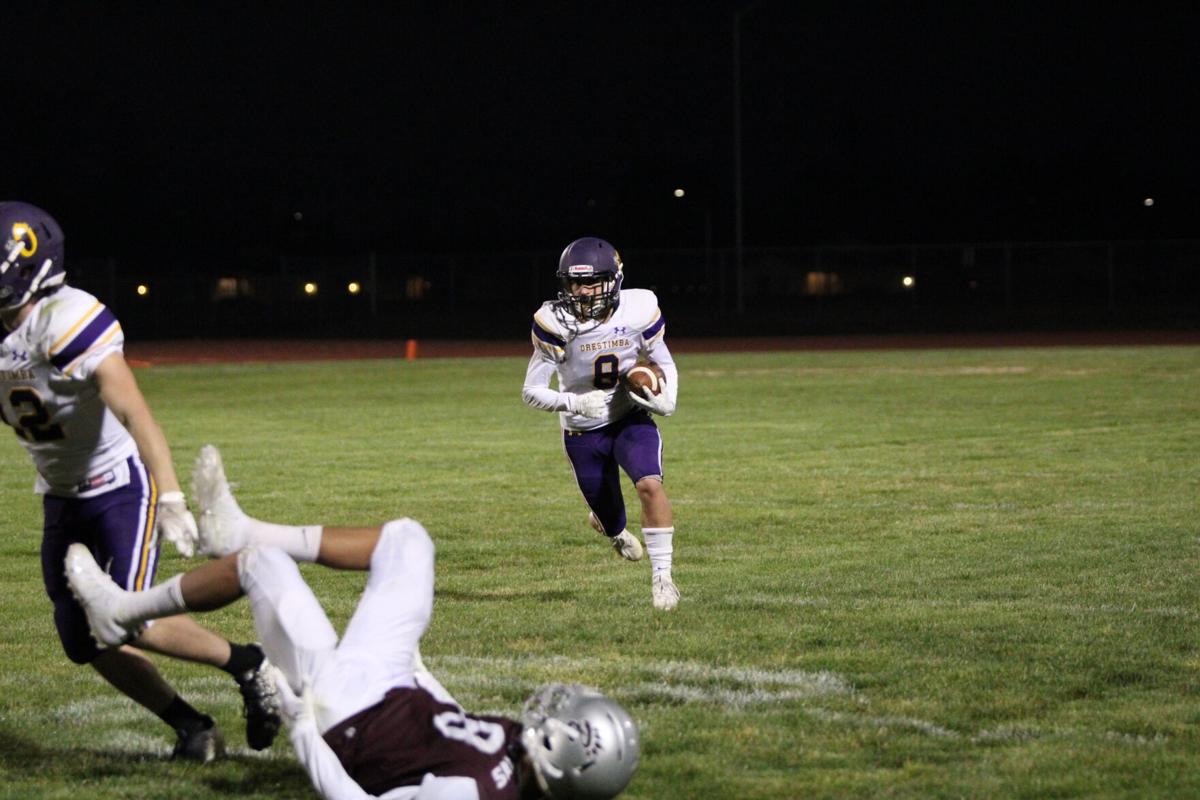 Lazs King picks up yardage for the varsity Warriors during Orestimba's win at Riverbank Thursday.

Spring football is agreeing with the Orestimba Warriors.

For a second consecutive week the Warriors lit up the scoreboard Thursday at Riverbank, where the West Siders posted a 53-0 victory.

Orestimba has scored 102 points in the first two games of the abbreviated five-game schedule.

The game was decided early, as the Warriors bolted to a 25-0 lead after 12 minutes and took a 47-0 advantage into intermission.

“We played with great effort. We went out and executed well,” commented head coach Aaron Souza. “The overall effort of the team has been really good. I like the way we have played as a unit so far.”

Senior quarterback Anthony Casillas opened the scoring midway through the opening stanza with a 31-yard touchdown pass to Auston Martens. Devin Bettencourt split the uprights on the conversion to make it 7-0.

That opened the floodgates for the West Siders.

Casillas followed up with a 23-yard scoring strike to Jayden Vargas as Orestimba extended its lead to 13-0.

Casillas pushed it to 25-0 with a 5-yard touchdown run late in the first.

The Warriors kept up the pressure in the second quarter, and by midway through that stanza the game had gone to a running clock.

Martens recovered a fumble in the end zone and Bettencourt added the extra point to make it 32-0.

Bettencourt hauled in a 35-yard touchdown pass from Casillas. A bad snap on the conversion attempt turned into two Warrior points when Casillas found Matt Martins in the end zone on the broken play.

Garcia notched his second touchdown of the night on a 6-yard run, and Bettencourt’s kick was true to make it a 47-0 game at the break.

J.T. Croffoot scored on a 3-yard run in the third quarter to finish the scoring for the night.

Orestimba rushed for more than 200 yards on the night, with no fewer than 10 Warriors getting their number called. Garcia picked up 45 yards on six carries to lead the ground game. Casillas rushed five times for 44 yards and Lazs King chipped in with a 38-yard gain on his only carry.

Vargas hauled in three passes for 49 yards, Bettencourt had two catches for 47 yards and Martens had a 31-yard touchdown reception.

Kai Brazil, Austin Rich and Mario Garcia anchored the defense with six tackles each. Martins and Justin Hong were each in on five tackles.

Orestimba will continue its season Friday, when the Warriors visit Waterford for a varsity-only game with a 6 p.m. kickoff.