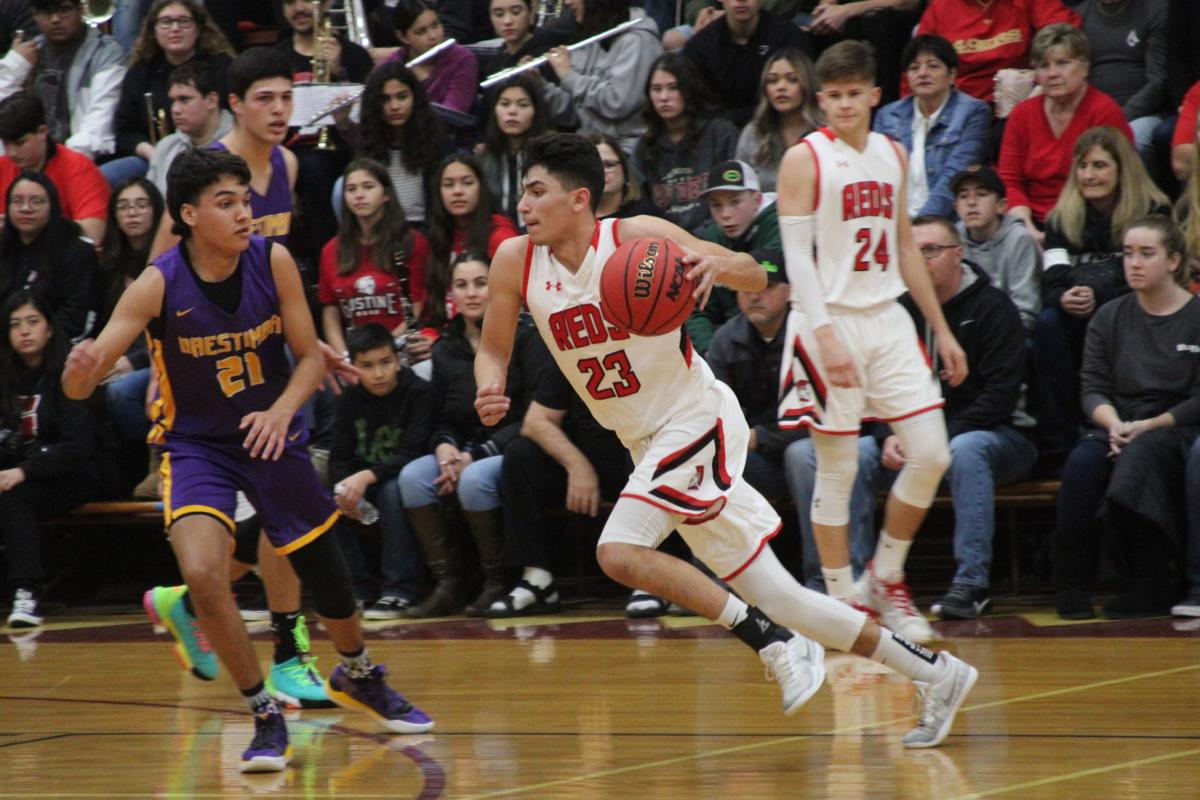 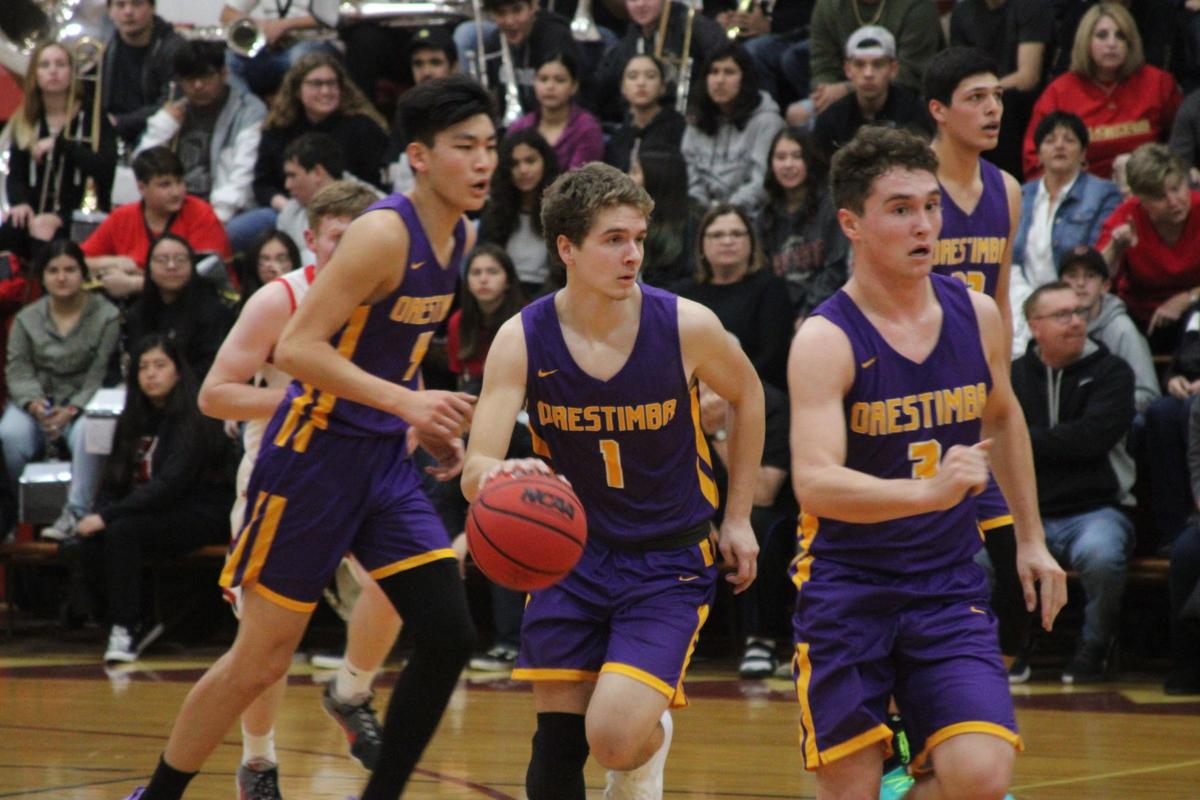 Orestimba stayed a game behind Southern League leader Denair with two varsity boys basketball victories last week - but neither came without a challenge.

A long-standing West Side rivalry was renewed last Wednesday when Orestimba visited Gustine....with the added spice of both teams bringing a 3-1 league record into the contest.

The Reds were one point better through the first quarter, holding a 14-13 lead after eight minutes, only to see the Warriors take a 26-18 halftime lead and go on to win 62-35.

“Justin Hong was terrific jumping into passing lanes and contesting shots on defense,” he noted. Kothenbeutel said the Warriors were “thrilled to get a win over a very good, well-coached Gustine team in a wonderful environment in their gym. The crowd was awesome.”

Gustine head coach Kingsley Borba said the Reds’ struggles against Orestimba’s pressure defense through the final three quarters, and a 10-for-30 performance from the free throw line, contributed to the Reds’ downfall.

“In my opinion, Orestimba is the most athletic and talented team in the Southern League. They are definitely the team to beat,” Borba commented.

Three Orestimba players finished in double figures. Atzin Marin put up 16 points to lead all scorers, while Auston Martens and Justin Hong each finished with 10 points.

Ethan Medeiros netted six, Xavier Avila scored five, Edwin Alvarez was on the score sheet with four points, Clarence Johnson, Shawn Pizarro and C.J. Kinimaka chipped in with three points each for the Warriors, and Joel Solano and Trevor Heiberger each added a free throw.

Nathan Nunes and Giovanni Quezada each put up a dozen points for the Reds. Devin Bettencourt finished with seven points, Thomas Gomes scored two and Gabriel Silveira and Jonathan Martin each added a point.

Orestimba had to work overtime to dodge a Friday night upset bid at Delhi, where the Hawks were looking to pick up their first victory of the league season.

The West Siders built an 18-12 lead after a quarter, only to see Delhi battle back and take a one-point lead into the final minutes. The game was knotted at 48-all after regulation, and the Warriors were finally able to put the Hawks away in the extended time.

“Delhi is always a well-coached team that puts pressure on defensively and doesn’t quit,” Kothenbeutel commented. “After an emotional win over Gustine, it was expected that we might struggle with some mental fatigue.”

Martens, who was particularly solid in the fourth quarter and overtime, and Marin shouldered the scoring load for the Warriors, finishing with 17 and 15 points respectively.

Orestimba finished the week with a 5-1 league record while Gustine, which had a Friday bye, returned to the court this week with a 3-2 league mark and solidly in the post-season chase.