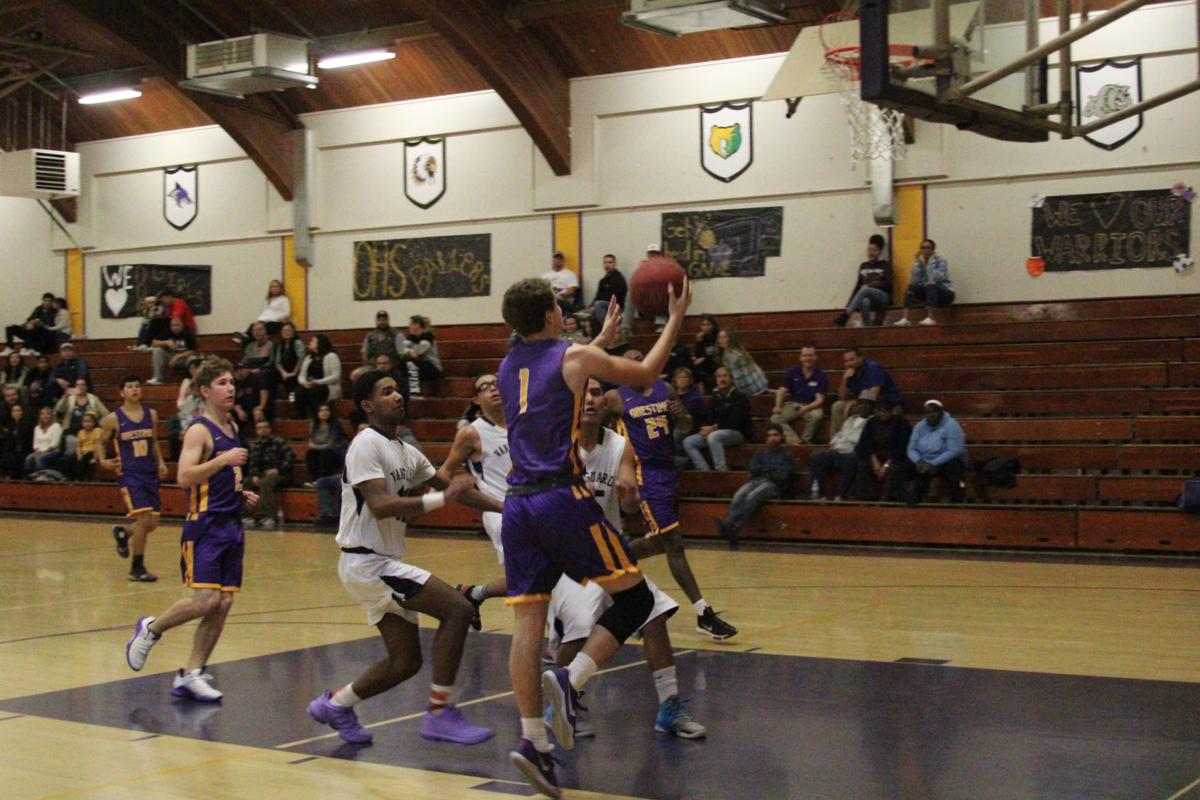 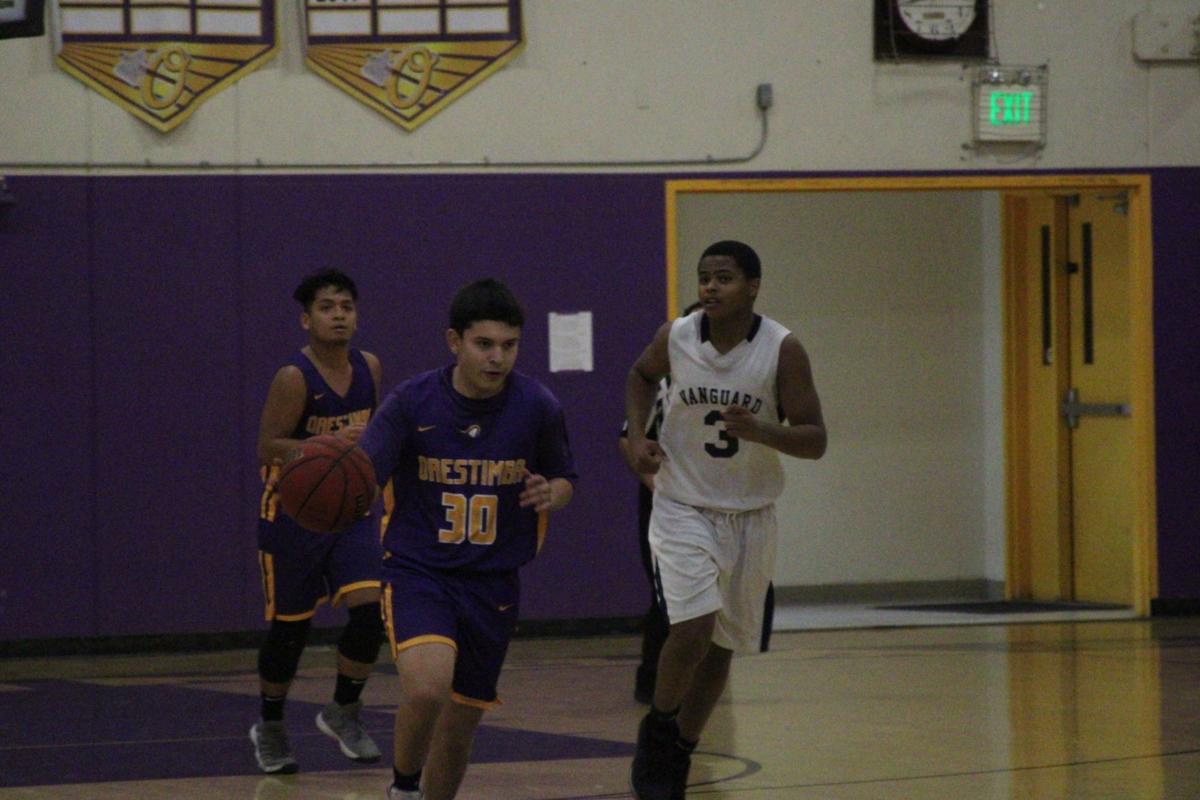 Elijah Ramos brings the ball up the court for host Orestimba in a varsity Winter Classic game against Vanguard Prep.

Elijah Ramos brings the ball up the court for host Orestimba in a varsity Winter Classic game against Vanguard Prep.

Host Orestimba shook off two competitive losses in varsity Winter Classic play to wrap up the three-day event on a winning note.

A 15-3 first-quarter run gave the Warriors a lead they never relinquished. Heading into the final eight minutes, the Warriors had stretched their lead to 47-21.

Orestimba got scoring from across its roster in the win. Edwin Alvarez led the way with 10 points. Joel Solano contributed with seven, C.J. Kinimaka, Martens, Atzin Marin and Ethan Medeiros each scored six, Jose Morales and Elijah Ramos were in the book with four points each, Christian Pena netted three and Justin Hong and Shawn Pizarro added two points each.

A slow start proved costly for the Warriors in second-round play Friday.

Orestimba trailed 24-13 at the half before playing the Panthers on nearly even terms after intermission.

Xavier Avila had a big night for the Warriors, lighting up the board for 16 points. Martens was in double figures with 13. Hong chipped in with five points, Marin finished with four, Trevor Heiberger and Medeiros each put up three and Alvarez added a free throw.

Orestimba jumped out to a 12-7 first-quarter lead over Galt Thursday and maintained a five-point lead at the break before Galt took over in the second half. Galt took a 40-37 lead in to the final eight minutes and pulled away to win it.

Martens and Marin were each in double figures with 13 and 11 points respectively. Hong put up seven points, Alvarez and Avila each netted four, Heiberger and Solano were in the book with three points each and Medeiros rounded out the scoring with two.