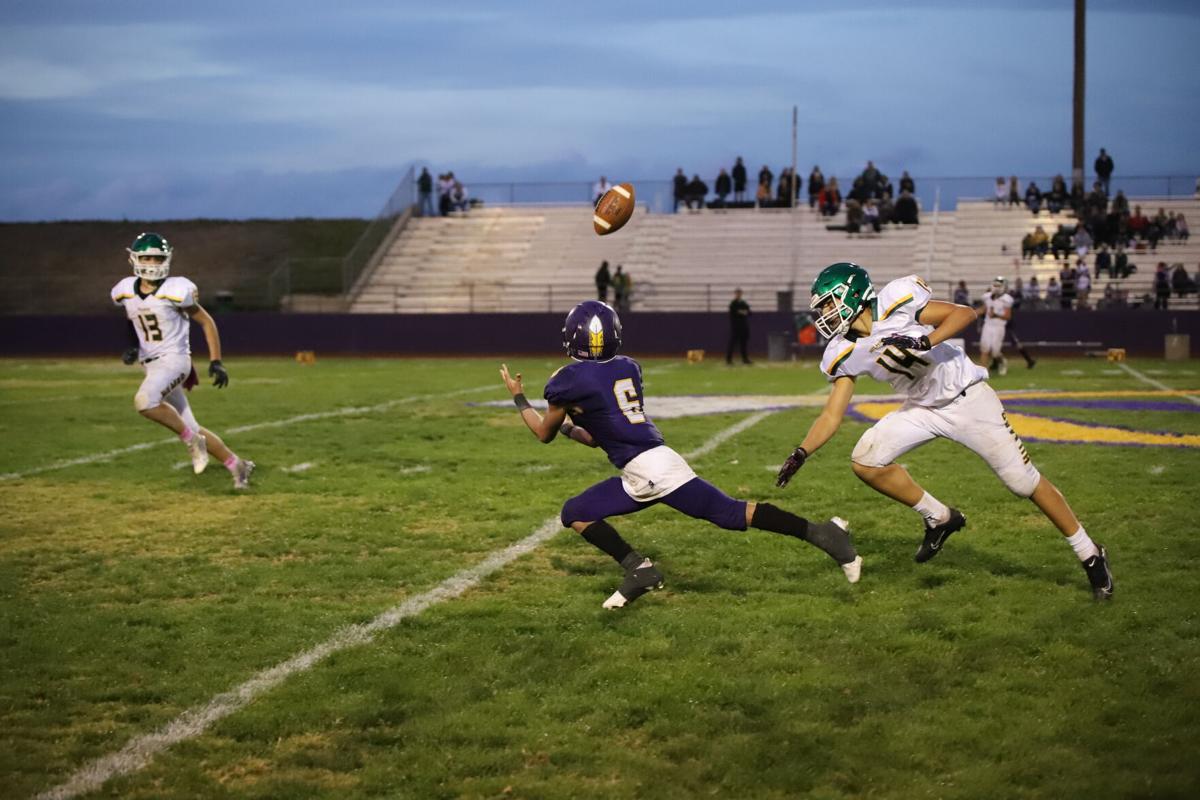 Receiver/running back Jacob Mar had a step on his defender and came away with the catch during Orestimba’s match up against the Hilmar Yellowjackets. 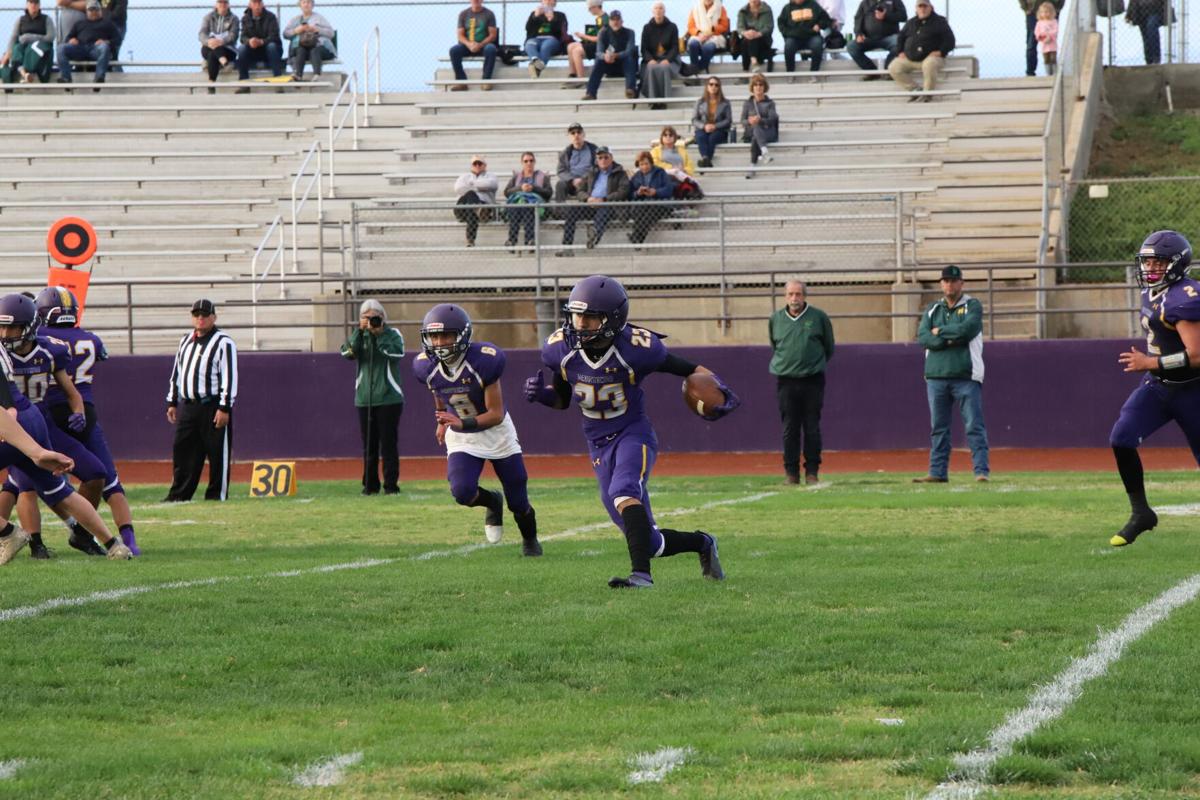 Jordan Perez gains some yards during his kick off return. 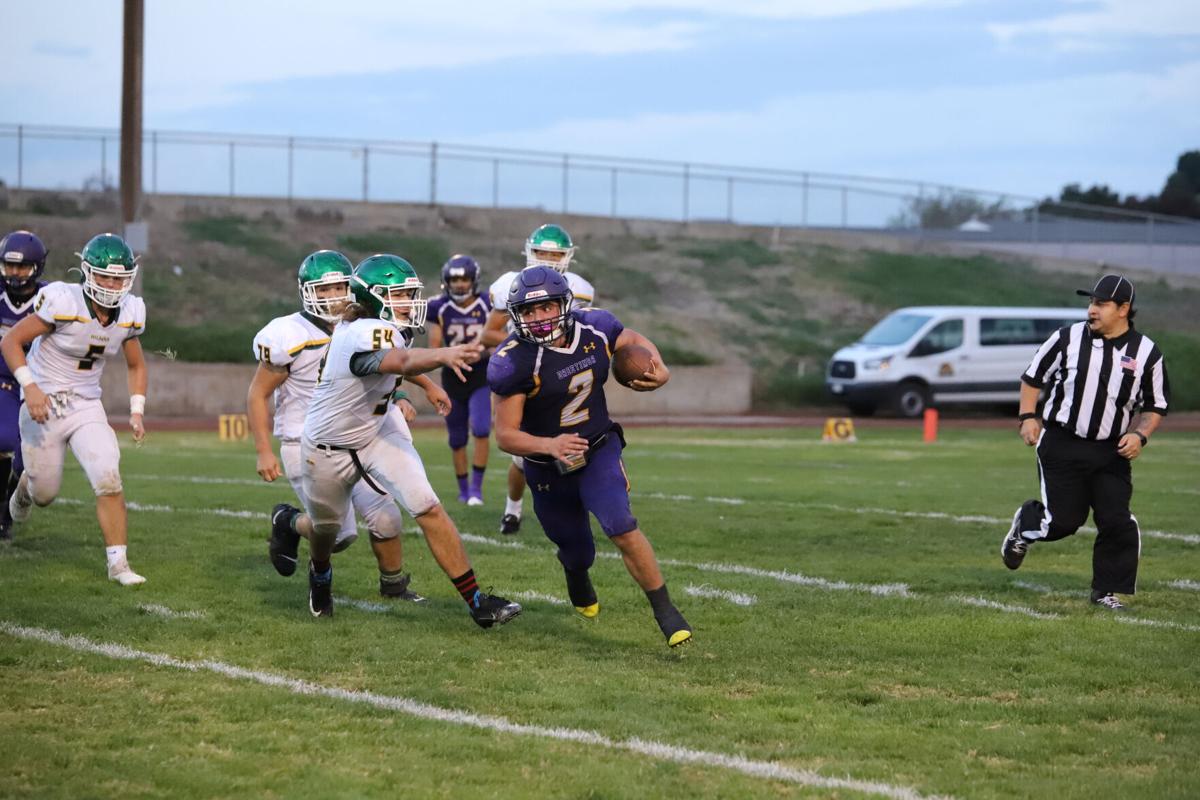 Juan Esquivez reaches the outside and looks to pick ups a few more yards on the Yellowjackets defense.

Receiver/running back Jacob Mar had a step on his defender and came away with the catch during Orestimba’s match up against the Hilmar Yellowjackets.

Jordan Perez gains some yards during his kick off return.

Juan Esquivez reaches the outside and looks to pick ups a few more yards on the Yellowjackets defense.

In a non-league game match up the Warriors faced off against the visiting Hilmar Yellowjackets (6-0 overall; 2-0 TVL)in their homecoming game and took a tough 27-14 loss.

The Yellowjackets came into this game with an impressive 33-0 record over the course of the previous seasons’ games and have already clinched the 2021 TVL title. The team was filling in for the Denair Coyotes JV squad, who was not able to play Friday evening due to COVID protocol.

The Yellowjackets’ hard nose defense is what hurt the Warriors and left them unable to run the ball as efficiently as they have done in previous games, while also not allowing them to be able to eclipse the 50-yard mark over the span of the game.

The Warriors offense combined through the air and ground racked up 241 yards against this tough Hilmar team.

Orestimba now sit at an overall record of 8-2 and 6-0 in league.

In the first half of the game the Warriors were only able to score once compared to the Yellowjackets, who scored twice. The Westsiders took an early lead in the first quarter when Jacob Valenzuela (15 completions on 31 attempts, 211 yards, 1 TD, 1 INT) was able to hit Drew Felber and then Juan Esquivez on back to back 24-yard passes to put the Warriors on the Yellowjackets own five yard line. On the next set of downs Valenzuela was able to run it into the endzone on a quarterback keeper making it 6-0 on a missed point after kick.

At the start of the second quarter Hilmar was able to work their way down the field putting them into the redzone and later connecting on a 20-yard pass, putting them up 7-6.

On Hilmar’s next offensive possession they got inside the Warriors own 45-yard line and capitalized by scoring on a 43-yard rushing touchdown straight up the field to take them into the break with a 14-6 lead over the Warriors.

Coming back from the break Hilmar was able to score two more times, extending their lead while the Warriors were only able to capitalize on one score in the second half.

It was a back and forth battle starting off with Hilmar lining up their first score by working their way into the Warriors own 40 yard line, and then scoring on a long 38 yard rushing play taking it to 21-6. Orestimba answered back with a score of their own when Valenzuela found Nathan Archuleta (3 catches for 52 yards, 1TD) in the corner of the endzone for a 14-yard touchdown pass. The Warriors attempted a two-point conversion cutting Hilmar’s lead down 21-14 early in the fourth quarter. However, the Yellowjackets were able to find success in their running game and scored once again on a 10-yard run extending their lead to 27-14.

Coming into Orestimba’s next possession, Hilmar intercepted the ball and shaved the rest of the time off the clock, ending the game in a 27-14 loss for the Warriors.

“Offensively, we were able to throw the ball pretty well all night long by passing the ball for over 200 yards,” said head coach Mario Martins. “What hurt us was that we weren’t able to run the ball very well and not being able to eclipse the 50-yard mark over the span of the game. This hurt us by not being able to control the clock and keeping Hilmar’s potent offense off the field. Hilmar came in with a 33-0 record with the current team being an 8-0 on the season that already clinched the TVL title, however, I believe that our team played their hearts out and we were very proud of them.

“Defensively, I felt that we played a physical game that we have all year long,” said  Martins. “Our kids flew to the ball and tackled well, but also gave Hilmar a couple of opportunities down the field on the way. We were so aggressive, yet I wouldn’t want it any other way. These kids played until the last play of the game and never gave up.”

For the defense Esquivez lead the way with eight tackles and two tackle for losses. Mar had six, while Jericko Silva and Cruz Rocha each recorded five tackles. Silva also added a sack to his stats.

Coming into this Friday’s game it will be the rivalry match up against the Gustine Reds (2-5 overall; 1-4 SAL). The Warriors will be coming into this match up undefeated in league and looking to claim the 2021 league championship. Game time starts at 5 p.m.

“This Friday, I look forward to our last game of the season as we go against rival Gustine. We come in with a 7-2 overall record and unbeaten in league but we have one more job to finish to claim our 2021 league championship,” Martin said.