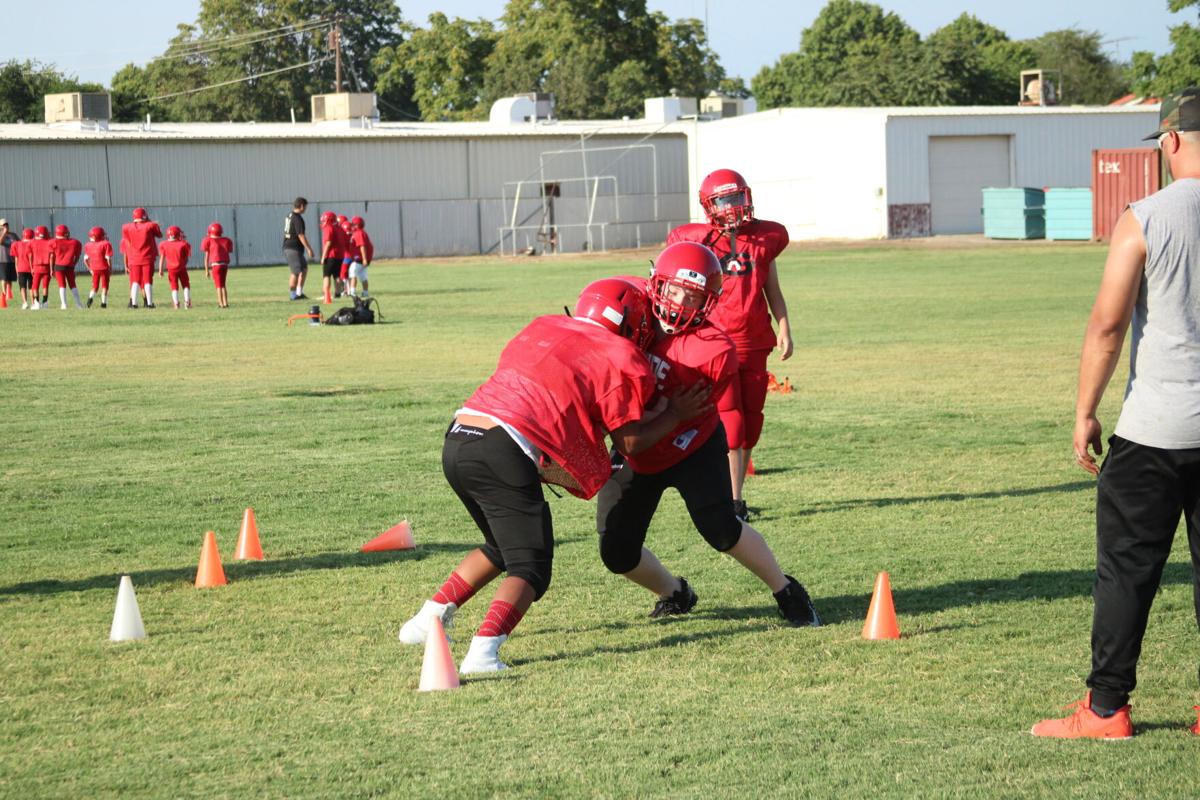 Gustine Youth Redskins Football program began official practices mid-July and have been working hard for their first taste of action Aug. 14 against the Hughson Oilers. Above, linemen of the varsity team run through a drill on an evening practice. 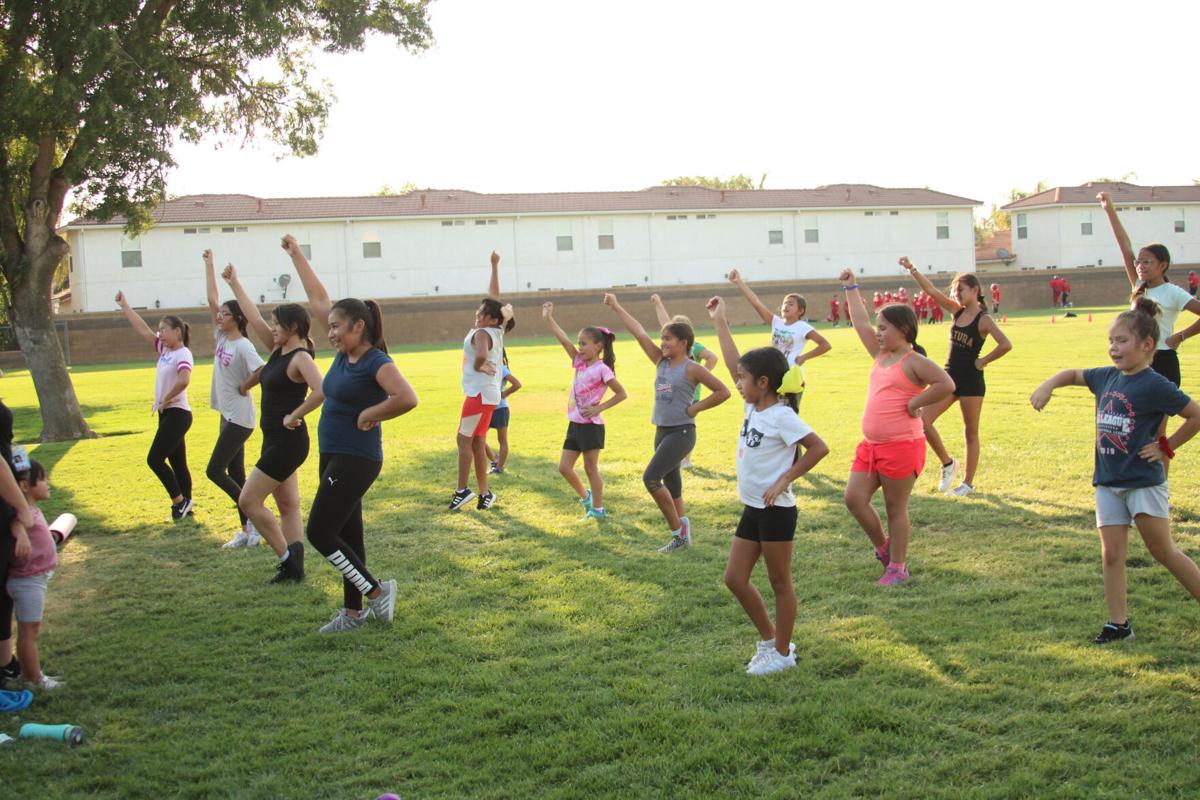 The Gustine youth Redskins cheer squad ran through various cheer routines in preparation for the upcoming season during an evening practice.

Gustine Youth Redskins Football program began official practices mid-July and have been working hard for their first taste of action Aug. 14 against the Hughson Oilers. Above, linemen of the varsity team run through a drill on an evening practice.

The Gustine youth Redskins cheer squad ran through various cheer routines in preparation for the upcoming season during an evening practice.

Gustine Redskins youth football and cheer are excited and ready to be back on the gridiron after a year away due to the COVID-19 pandemic. With cheer and football both working hard and efficiently they are locked in with many goals and high hopes for this upcoming season.

Gustine Youth Football Redskins summer drills are under way, with all four divisions - from junior novice to varsity - gearing up and excited to be back on the field as the season opener is right around the corner.

Gustine Redskins football representative Elizabeth Williams said that the 70 players on the roster this season is higher than previous years, which necessitated them having to purchase new equipment.

“We don’t look at it as a bad thing at all to purchase new equipment,” Williams said. “We are happy our numbers are growing and  more and more kids want to join the football squads.”

Coaches of all four levels have noticed that the athletes are ready to go and get after it in that first taste of action.

“A lot of these players are out there and having fun and just happy to be out there on the field,” said Williams. “Going through the program from conditioning and now to full padded practices, I know they are anxious to get back out there playing against other teams.”

Williams mentioned while also being out there they focus on the fundamentals, along with player safety when tackling and showing correct form.

Williams and the staff are hopeful the community will come out and show support for the youth Redskins this year and to fill up the stands because after a year being away the kids deserve a crowd to cheer them on.

The Redskins cheer squads of about 23 members divided up into four different divisions this year and have been practicing since mid-July by going through various conditioning drills along with cheer routines.

Cheer representative of the Gustine Redskins Amanda Pasillas says this year they have a lot of new girls coming into the program. She also said that many of these girls who started off in the beginning were very shy and as these past weeks went on many of these girls where blooming and coming of their shells.

“A lot of these girls were new and shy in the beginning and now just a few weeks later they are like totally new people who are more out of their shell, doing more and I’m happy our program can do that for them,” Pasillas said..

The teams joined Jamz TVYFL cheer camp where they spent an entire full day learning dances, stunts, tumbling, and jumps where they can correlate that into their routines during the season.

Pasillas shared that in October the girls are going to a competition at the Stockton Arena where the winners get to compete in Las Vegas. In 2019 the squad got to go to Las Vegas and that is a major goal they want to achieve again.

For Pasillas, she also encourages the community to come out and support the girls and enjoy the entire season.

“Come out and support the football teams along with the cheerleaders they’ve worked so hard and are ready to show their talents.”